How Ben Franklin Went From Anti-Vaxxer To Advocate 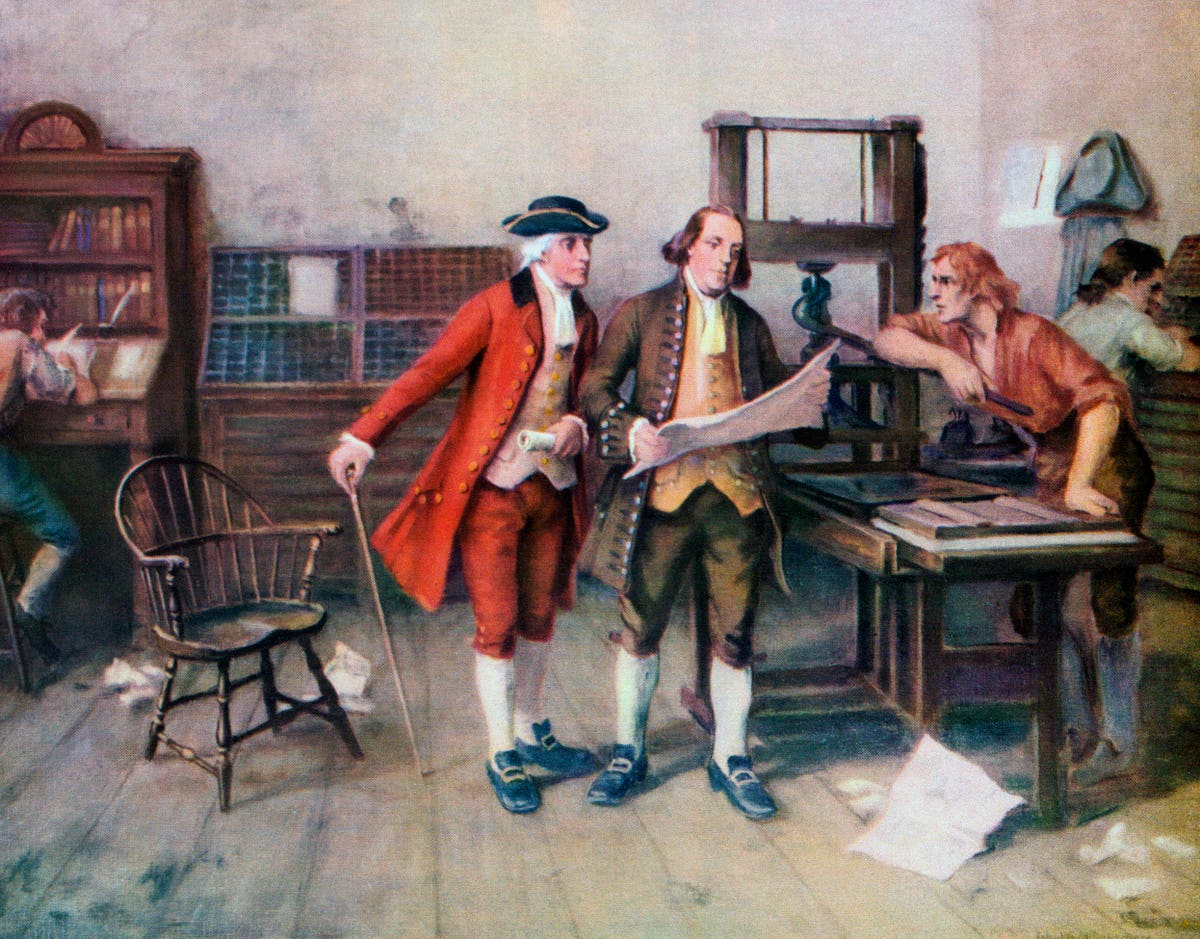 Electron microscopy in the age of automation

During the summer of 1721, literally half the people in Boston were sick with fever, aching bodies, and painful skin rashes. 5,900 of the city’s 11,000 people had smallpox – a deadly viral disease. By the time the outbreak burned itself out, 844 of them would die.

As the epidemic raged on, a Boston physician announced that he could expose people to the virus in a way that would give them a much milder, less dangerous infection – and then protect them from smallpox for the rest of their lives. He called it inoculation or variolation. And the people of Boston loathed him for it.

Variolation worked; people in Africa and in southwest Asia had been doing it for centuries. A Boston minister named Cotton Mather (yes, the preacher who fanned the flames of the Salem Witch Trials) pried the information out of an enslaved man called Onesimus, and then he convinced Boylston to offer inoculation to Bostonians. Most Bostonians were skeptical, and at the head of the mob was a teenage boy who would grow up to become one of America’s founding fathers: Benjamin Franklin.

At the time, Franklin was a lowly apprentice at a newly-launched Boston paper with literary pretensions, the New England Courant. His boss was also his older brother, James Franklin. And the elder Franklin sibling was dead-set against inoculation – and against Puritan ministers like Mather.

Franklin insisted, officially, that the Courant didn’t take sides, but he happily gave anti-variolation advocates a platform in its pages. And with his younger brother’s help, he also printed pamphlets denouncing the idea; think of pamphlets as the 18th century precursor to opinionated and sometimes slightly unhinged social media posts. It’s a good comparison, because just as words shared on social media have real-world consequences, the words published by the Franklin brothers incited violence against Mather, Boylston, and other proponents of inoculation.

One reader even tossed a lit firebomb through Mather’s sitting room window in the wee hours of the morning. A breeze put out the fuse just in time, allowing Mather to read the attached note: “I’ll inoculate you with this,” it said.

Why did people, including Ben Franklin and his older brother, have such strong feelings about an attempt to prevent the spread of a deadly illness? As I wrote previously,

“Racism is a big part of the answer. Documents from the time describe inoculation as a “heathen practice” brought by people from Africa, and that didn’t sit well with the white Puritans of New England. Many also saw it as defiance of God’s will; keep in mind, these were the same Puritans who believed that only a chosen few were pre-destined to go to Heaven, and everyone else was out of luck. So it’s not too surprising that many of them also believed that if the Good Lord wanted you to die of smallpox, you should just take your smallpox and like it.

“Others saw inoculation as too risky. And to be fair, rubbing infected pus in an open wound does sound a little crazy.”

What changed Franklin’s mind? First of all, he was (among many other things) a scientist. Decades after the 1721 smallpox outbreak, with more data to support variolation’s safety and effectiveness, it made sense for Franklin to change his mind.

Boylston managed to inoculate 248 people in Boston during the epidemic, and only 6 of them died of smallpox. Of the nearly 6,000 Bostonians who caught smallpox “the natural way,” 844 died. In other words, if you lived in Boston during the epidemic, you had to choose between a 2.1% chance of dying from inoculation or a 14.3% chance of dying of smallpox if you caught it, not to mention the much larger chance of scarring or blindness.

Mather published those figures as part of his campaign for inoculation, and today his work is considered the first time comparative data has been used to evaluate a medical treatment.

It’s worth mentioning that 2% is an unthinkably high fatality rate for a modern vaccine; under most imaginable circumstances, including the Covid-19 pandemic, the Food and Drug Administration would never approve a vaccine that killed 1 patient in 50. Most drug companies wouldn’t even bother applying.

By the late 1700s, in fact, doctors in Britain had developed safer methods of inoculation which cut the risk considerably. Edward Jenner’s introduction of a vaccine, which used cowpox instead of smallpox to produce immunity, offered an even more drastic improvement. In 1721 Boston, however, people could only choose the least of a risky set of options: get inoculated or just hope to avoid the virus.

“If there was no risk of smallpox then ‘do nothing’ made sense. Inoculation became a relevant option when smallpox arrived in town,” wrote M. Best and colleagues in a 2007 paper (which is still an excellent look at the basic ways in which we evaluate the risks and benefits of medical options).“If [transmission] risk was high enough, then at some point inoculation with its 2% mortality would be justified.”

The problem is that humans, in general, aren’t very good at risk assessment. At the peak of Boston’s epidemic, you’d have about a 50% chance of catching smallpox “in the natural way.” Would you be willing to flip a coin if the result would determine whether or not you got smallpox, which had a 1 in 7 chance of killing you and a much higher chance of leaving you disfigured or blind?

Probably not – but many people in 1721 Boston probably thought, just like many people do today, “I’ll just be careful. It won’t happen to me.” If you’ve already mentally sorted yourself into the 50% of people who won’t catch smallpox anyway, because you’re too careful or too pious or too lucky, then inoculation probably seems like an unnecessary risk.

For Franklin, however, the difference between 2% and 14.3% came to mean everything. In 1736, he watched his four-year-old son Francis die of smallpox. The loss – and the feelings of guilt that accompanied the terrible grief – changed Franklin’s views on inoculation.

“I long regretted bitterly and still regret that I had not given it to him by inoculation,” Franklin wrote in his 1771 autobiography. “This I mention for the sake of the parents who omit that operation, on the supposition that they should never forgive themselves if a child died under it; my example showing that the regret may be the same either way, and that, therefore, the safer should be chosen.”