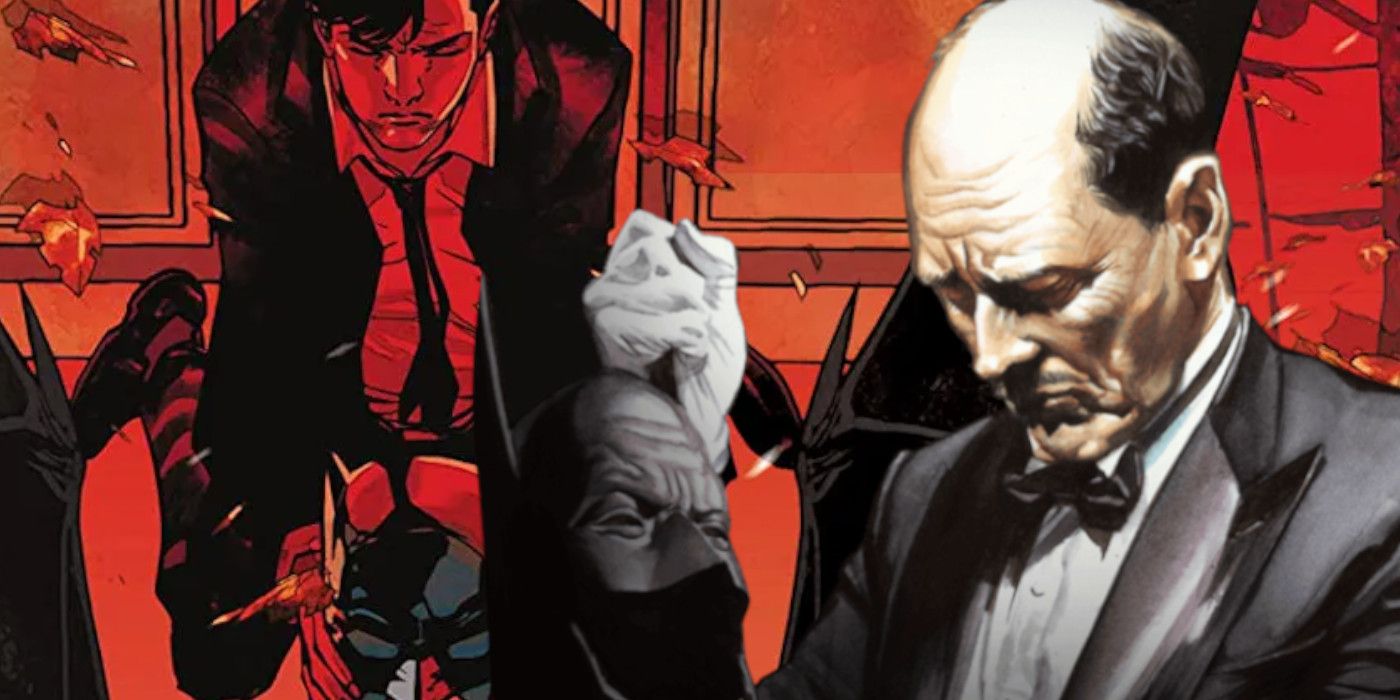 With an appeal to reason, Alfred may have accidentally set Bruce on the path to becoming Gotham’s Dark Knight.

WARNING: The following contains spoilers from Batman: The Knight #1, on sale now.

The new miniseries Batman: The Knight (by Chip Zdarsky and Carmine Di Giandomenico) chronicles the years of Bruce Wayne’s life before he became the Dark Knight. The first issue of the series focuses on Bruce’s need to find a path in life, being heavily affected by the death of his parents, and looking for an outlet and a way to change things.

These lead to Bruce embracing some rather self-destructive habits such as street-fighting, which later lead to Alfred believing that he has “failed” Bruce and the promise he made to Thomas and Martha Wayne to take care of their only son. In an emotional outburst, Alfred points out how Bruce’s behavior will eventually lead to him getting killed, whilst highlighting the systemic problems in Gotham City. Inadvertently, by bringing this to Bruce’s attention, Alfred ends up saving Bruce’s life and sets him on the path to becoming the hero Gotham needs.

Related: Batman: Alfred Always Thought Robin Was a Bad Idea – and He Was Right

Batman: The Knight begins with a teenage Bruce Wayne trying to get over the death of his parents while undergoing treatment under Dr.Hugo Strange, whilst simultaneously getting into trouble with school and the law. At the beginning of the issue, Bruce gets into a fight with a bully at Gotham Academy as Alfred is forced to pick him up from the school and talk to the principal, while explaining to Bruce at Wayne Manor that he is tired of the phone calls of Bruce getting into fights. This escalates later on when Bruce later competed in an illegal bare-knuckle boxing match that is broken up by the police, who took the young Wayne to the station, where he was once again picked up by his butler. In tears, Alfred says he has “failed” Bruce and let him become a “spoiled brat” who “simulates” what it’s like to fight in a war, before explaining to Bruce the hardship and poverty the man he was fighting against endures every day, which in turns leads to a life of crime and likens him to the man that killed Bruce’s parents.

This emotional breakdown by Alfred is important, as it seems to be the catalyst to what sets Bruce on the right path to becoming the hero Gotham needs. It is one of several hints given in the opening issue that hint at the man Bruce is destined to become. The first of these was Alfred taking Bruce to the library of Wayne Manor after picking him up from school after the fight, telling him that they are going to fill it up so that Bruce can be like his parents who “brought in books to find solutions” to problems, instead of only using his fists. This allowed Bruce to train his mind as well as his body and develop his detective skills, which eventually led to him uncovering Hugo Strange’s fraudulent schemes involving hypno-therapy. We also see hints of Bruce learning how useful weapon intimidation can be, as he torments the bully from earlier in the year into leaving Gotham Academy, something that will become central once Bruce dons the cowl that strikes fear into the heart of criminals.

Whilst we have seen hints of how Bruce will train himself to peak physical and mental condition, we also see hints of why he has chosen to do this. In a conversation with his girlfriend Dana Dunlop, Bruce mentions how he wants to become a cop, to which she persuades him away from it, telling him that he’s not after justice but “vengeance” while reminding him of the endless resources he has that he can “think bigger”. This “thinking bigger” is vital when Bruce is taken away from the police by Alfred, as not only is he face to face with the corruption of the GCPD but Alfred’s outburst about poverty reminds Bruce that the problem he is facing is systemic and needs something much bigger than another angry vigilante.

With his emotional outburst and appeal to reason to the angry young man, Alfred has set Bruce on the path to becoming something much greater for the people in Gotham, and in the process, has saved his life. Had he and Dana not reminded Bruce of his background and who is, the young billionaire could have easily have joined the police or become an untrained and unfocused vigilante with minimum training and only seeking to lash out at criminals. This would have likely led to Bruce dying at a young age and having never become the symbol that he needs to be in order to save Gotham.

Tommy Ebbs is a writer and journalist obsessed with comic books, novels, films, anime, and just about anything to do with pop culture. Based in London with an MA in Media and Communications, he scours the internet looking for anything interesting to write for. When he’s not busy writing, he can normally be found at home with a novel or comic book in one hand and a cup of coffee in the other. Follow him on Twitter at @barbosaslam19