How a brewery, a bank robbery and California's first mass murder are connected 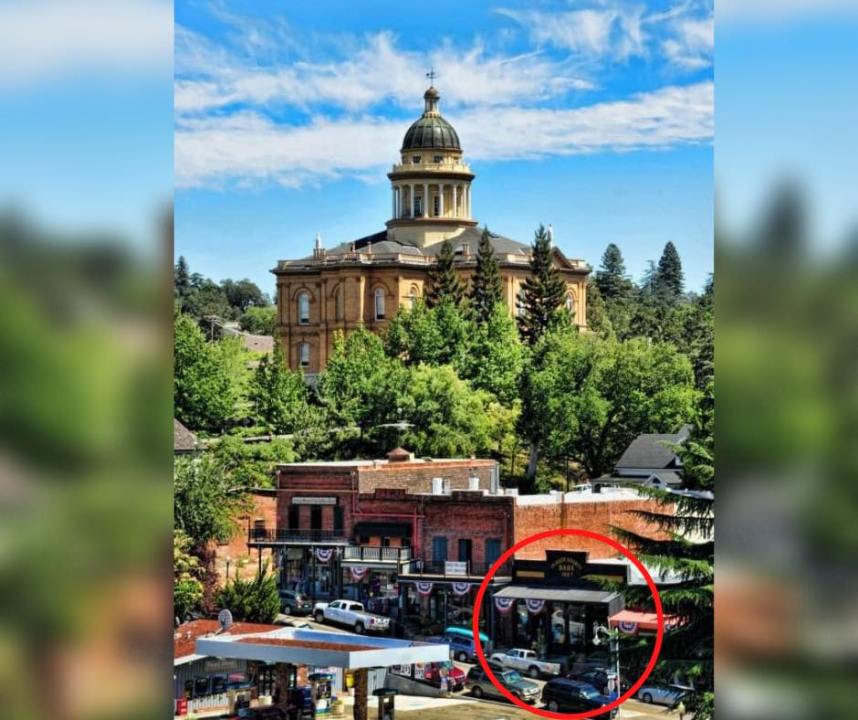 AUBURN, Calif. (KTXL) — On Sept. 27, 1906, Adolph Weber was hanged at Folsom State Prison for the murder of his mother, father, brother and sister. The story of how he got there was full of twists, turns and warning signs, and his death would forever change California law.

Weber was the son of successful businessman Julius Weber who owned the Auburn Brewery in the late 1800s.

Julius sold the Northern California business in 1895, saying that he wanted to spend more time with his wife Mary and their first-born child Adolph, who was born in 1884, according to the Department of Corrections and Rehabilitation.

State reports say that Adolph started to worry the family in his teenage years as he began torturing and killing small animals. At the age of 20, Adolph’s attitude turned for the worse.

Julius noticed at the time of the robbery that he was missing a homemade money bag.

Members of the family suspected Adolph of the robbery due to his history of bad tempers and mischievous behavior.

Later that year, on Nov. 10, 1904 at 7 p.m., the Weber home went up in flames, according to Corrections and Rehabilitation. During the fire Adolph was seen by witnesses rushing to a nearby store to buy a new pair of pants and stuffing the old pair into a bag.

Witnesses then reported seeing Adolph break one of the burning home’s windows with his hand and throw the old pair of pants into the fire.

One of the Webers’ neighbors entered the burning home, where they found Bertha and Mary lying in a room that had not been touched by the fire. They showed signs of being shot.

Earl was also found dead from blunt force trauma to his head. The following day Julius was found dead in the home, also having been shot.

Adolph was arrested on Nov. 12, 1904, and was charged with murder, according to Corrections and Rehabilitation.

Over the following days investigators located a 32-caliber revolver under the floor of the barn. All of its rounds had been fired. They also found a five-gallon can filled with $20 Double Eagle gold pieces buried in the yard of the former home.

When told about the discovery of the gold coins, Adolph reportedly told authorities: “Oh, I thought you had discovered the motive for the murder. The bank robbery is a trivial matter. It’s not bothering me. It’s the other case I am thinking about. If I did take it, it was not because I needed the money, but only to see what I could do,” according to the book, “Folsom’s 93″ by April Moore.

Adjusting for inflation the $5,000 Adolph stole from the bank would be worth $116,447 today. If you include the increased value of the Double Eagle coin, the loot would be worth up to as much as $368,750.

The 32-caliber pistol was tracked back to a San Francisco pawn shop whose dealer remembered selling the gun to Adolph in July of 1904.

Due to the high-profile nature of the murder, then-California Governor George Pardee instructed Attorney General Ulysses S. Webb to oversee the case.

The trial began on Jan. 27, 1905, and concluded on Feb. 22, 1905, in which the jury found Weber guilty of murder with the death penalty attached, according to Webb’s report to Pardee.

The case was appealed and taken to the California Supreme Court where again Weber was found guilty of murder on June 21, 1906.

Weber’s actions would continue to impact the state following his death.

Two days before his death, Weber wrote a check to his lawyer for the amount of $11,000 – money from his inheritance. Weber’s living relative Annie Scott sued the lawyer and a few years after, Scott received the money from the lawyer.

This would change state inheritance laws, inspiring legislation that would bar convicted criminals from profiting from their crimes.

The Yogurt Shop Murders: Could a DNA sample taken 31 years ago solve the infamous case?