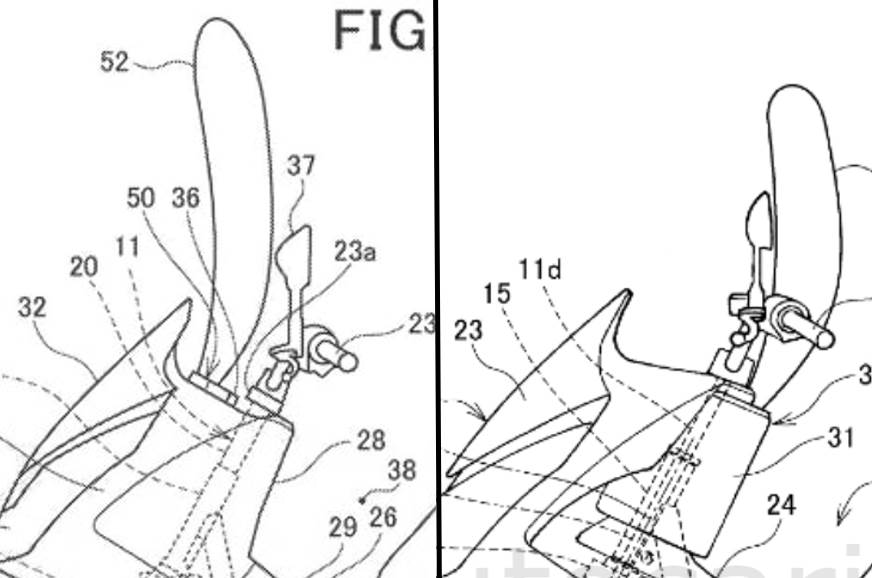 The system uses accelerometers to detect a crash, and deploys a frontal airbag mounted near the handlebar.

A recent patent filed by Honda in India shows the company to be working on an airbag system for its scooters. In this particular case, the patent drawings show the airbag system mounted on a petrol-powered model from the company’s PCX line-up, indicating that this is where we could first see the system being deployed.

Honda is one of the pioneers of airbag technology on two-wheelers, with its flagship tourer, the Gold Wing, being offered with an airbag system. Now, a recent patent filing shows that the company is working towards employing the system on its scooters as well.

The patent filing shows a frontal airbag mounted near the handlebar of one of its petrol-powered PCX models. A small cylindrical housing aft of the headstock contains the airbag, as well as an inflator (likely a canister filled with compressed gas). The system is still under development – earlier patent filings show the airbag housing placed further forward, ahead of the handlebar, while these latest drawings have it placed closer to the rider.

The location and size of the airbag has changed since the previous patent filing.

The system features a control unit, which receives data from accelerometers, and can send the command to inflate the airbag. The accelerometers are used to detect a crash, following which the control system sends the command for inflation.

Among the other technologies currently being developed by Honda is a new hub motor (also called an in-wheel motor) that has also been patented recently in India. It could figure on one of the company’s upcoming electric scooters for our market. Full details here.