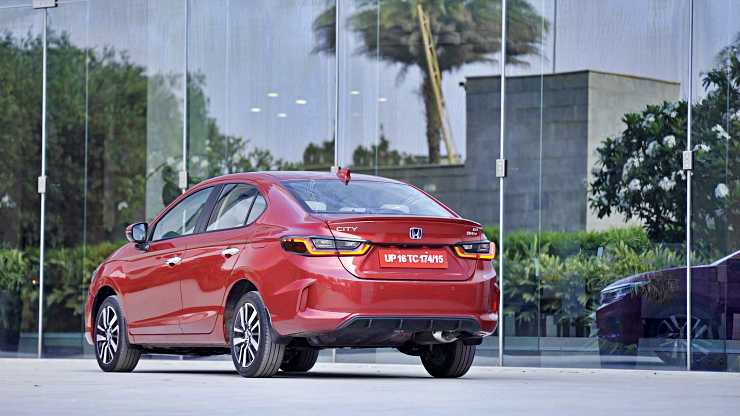 Honda Cars India Ltd. (HCIL), the Indian subsidiary of the Japanese multinational automaker Honda Motor Co., recently announced that the company has achieved the two million-unit milestone in cumulative Honda automobile manufacturing in India. The 2 millionth Honda vehicle to be produced in India officially rolled off the assembly line at the company’s cutting-edge manufacturing facility in Tapukara, Rajasthan.

Currently, Honda’s top selling vehicle in India is the Amaze compact sedan. The larger sedan, Honda City, is the top seller in its segment. The City has been a hit for the company in India since its introduction in the 90s. The company also had larger vehicles in the market till recently, such as the Honda CR-V crossover and the Honda Accord. Both, however, were not big hits and demand dipped sharply post-2020 when customers started demanding crossovers and SUVs. Honda discontinued both Accord and CR-V in the last 3 years.

Commenting on the achievement of such a huge milestone, Takuya Tsumura, President & CEO, Honda Cars India Ltd, said, “The historic milestone of 2 Million Production roll out in India is a testimony to Honda’s commitment to the ‘Make in India’ initiative for the last 25 years. We express our sincere gratitude to all our customers, dealer partners and supplier partners for their confidence is us and making Honda a very loved and trusted brand in the country.”

He further added, “Our state-of-the-art manufacturing operations in India are equipped to manufacture automobiles and components of global quality standards for supply to both domestic and export markets. We remain committed to providing all our customers with the most advanced, cutting-edge technology products for a premium and worry-free ownership experience, which add value to their daily lives.” “At Honda, our corporate goal is to be a company that society wants to exist. In this spirit, we believe that our efforts also benefit the socio economic development of the region and local community.”

Honda Cars India Limited started its production operations in December 1997 in India. The company’s state-of-the-art manufacturing plant at Tapukara, Distt. Alwar, Rajasthan, currently has a production capacity of 180,000 automobiles annually and is spread out across 450 acres. The facility is a fully functional production unit that performs all forging, press, powertrain, welding, painting, plastic molding, engine assembly, frame assembly, and engine testing tasks. According to the company, to achieve high quality, optimal ergonomics, increased operating efficiency, and safety, it uses the most advanced technology, automation, and layout. The facility places a strong priority on environmental protection, effective use of energy, and other natural resources as well. In other Honda news, recently the company revealed the all-new WR-V sub-4 metre compact SUV for the Indonesian car market. The brand-new vehicle boasts modern styling and is built on the Amaze platform. The Indian auto market is also being evaluated for the 2023 Honda WR-V, although the Japanese carmaker has not made a final decision on this. The Tata Nexon, Kia Sonet, Maruti Brezza, Renault Kiger, and Nissan Magnite, to mention a few sub-4 metre SUVs offered here, are competitors of the current Honda WR-V. If imported into India, the new model will likewise fit in the same spot.

Yuvraj calls Shubman Gill a strong contender to open for…