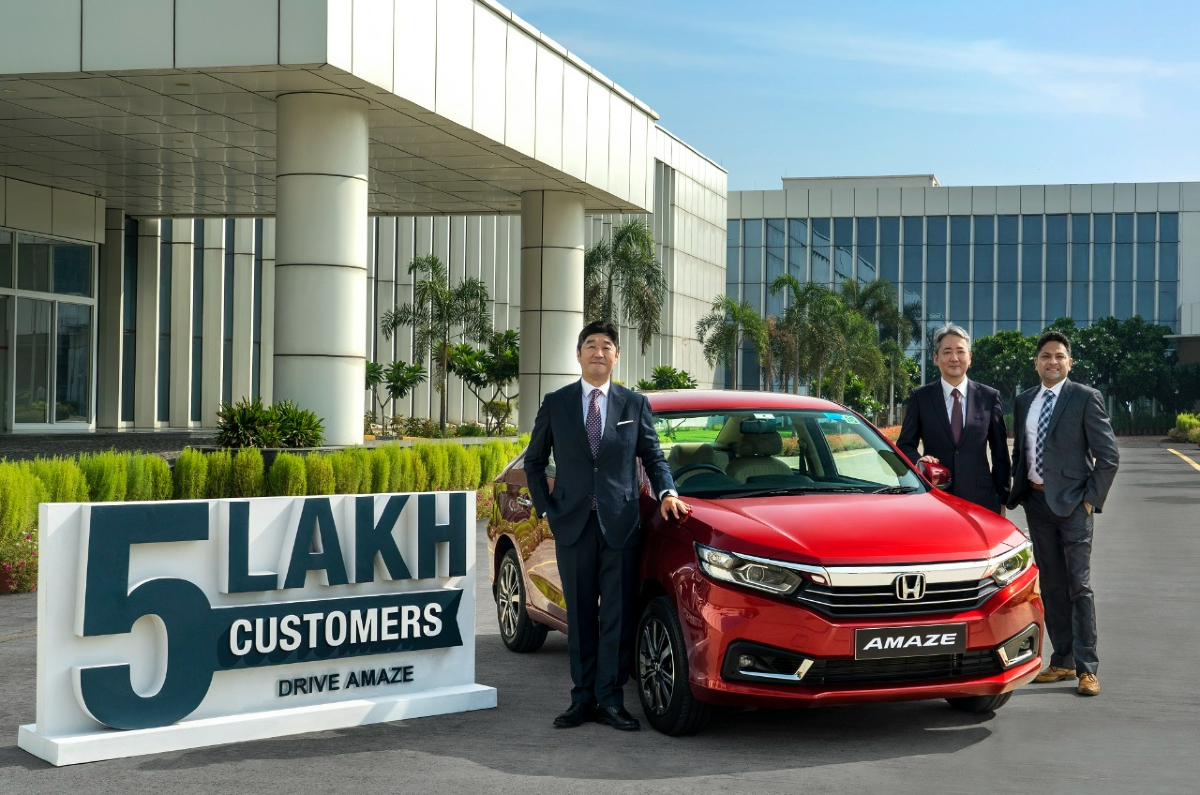 The Amaze is the only diesel car with a CVT gearbox on sale currently.

Honda has sold 5,00,000 units of its compact sedan, the Amaze, since its launch in 2013 – the sales milestone includes both generations of the Amaze. The made in India Amaze is built at Honda’s Takpura, Rajasthan plant and is also exported to other countries.

The Amaze is the only car in the compact sedan segment that offers a CVT automatic gearbox, while rivals offer only AMTs. Similarly, while the Amaze gets petrol and diesel engine options, rivals only offer petrol and CNG powertrains.

Honda mentions that when the Amaze launched in 2013, only a third of the cars sold had petrol powertrains. By the time the second generation was launched in 2018, a massive 72 percent of sales were for the petrol versions.

In 2022, the petrol-powered Amaze accounts for 93 percent of the total sales of the car. A possible reason for the decline in the diesel’s sales could be attributed to the fact that most small car buyers are now preferring petrol-powered cars.

Initially, the CVT gearbox-equipped Amaze only accounted for nine percent of total sales, which has since increased to over 30 percent in 2022.

The Amaze has become popular among younger buyers, as Honda mentions that almost 40 percent of the customers are first-time car buyers. Furthermore, sales in tier 1 markets amount to 40 percent of total sales, while tier 2 and tier 3 cities have a combined market share of 60 percent.

Honda’s compact sedan is powered by a 90hp, 110Nm, 1.2-litre petrol engine and a 100hp, 200Nm, 1.5-litre turbocharged diesel engine. Both can be had with either a 5-speed manual gearbox or a CVT automatic gearbox, but the diesel-powered Amaze only produces 80hp and 160Nm when coupled with the CVT.

The Amaze competes with other compact sedans like the Maruti Suzuki Dzire, Hyundai Aura and Tata Tigor.

Discounts of up to Rs 27,500 on Honda cars in September