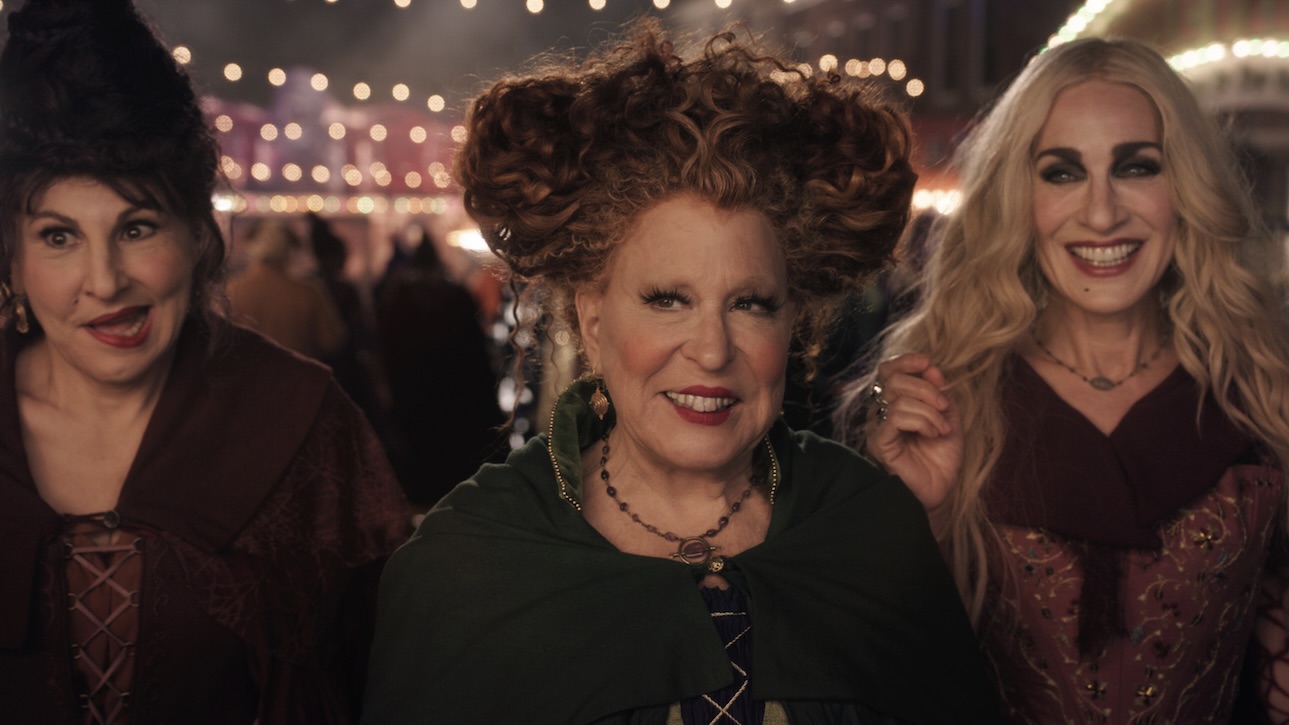 1993’s Hocus Pocus has no shortage of moments that are legendary to Disney fans, but Bette Midler’s unbeatable cover of “I Put a Spell on You” is right up there. When it comes to the incoming sequel, Hocus Pocus 2 has its work cut out in topping that show-stopping musical number, but it’s exciting to hear that the movie will taking not one, but two attempts to one-up it.

Sarah Jessica Parker — who’s returning as Sarah, one third of the witchy trio, alongside Midler’s Winifred and Kathy Najimy’s Mary — let slip to Entertainment Weekly that the new movie will feature two “big musical numbers” that will comprise fresh twists on familiar songs. The Sex and the City actress teased that the filmmakers worked hard on choosing which tracks to cover, hoping to appeal to multiple generations. As she put it:

There are two covers, we have two numbers. Two big musical numbers. We would’ve done three if they’d let us. They’re songs that are familiar to a variety of age groups…. It was a big conversation, whether we were going to use new material or redo a song, and the movie went through various iterations.

Technically, the original film features two songs as well, if you include Sarah’s hauntingly catchy tune “Come Little Children” which she uses to enchant the kids of Salem. That song is iconic in itself for Hocus Pocus lovers so hopefully Parker will get to sing that again in the sequel. If not, though, at least we know there’s two major numbers to come that will no doubt put a spell on audiences.

In the same interview, Midler revealed that it was the three actresses’ “big contribution” to the movie that there should be songs in it. “We said, ‘They have to sing.’ We made suggestions as far as songs were concerned, and we went to the barricades on that,” Midler said. Other treats we can look forward to from the follow-up include an exploration of the Sandersons’ origins, a return for Doug Jones’ Billy Butcherson, and Ted Lasso‘s Hannah Waddington as a mysterious key character.

Hocus Pocus 2 causes magical mischief on Disney Plus from Sept. 30.

Car brands with the highest customer satisfaction ratings in 2022