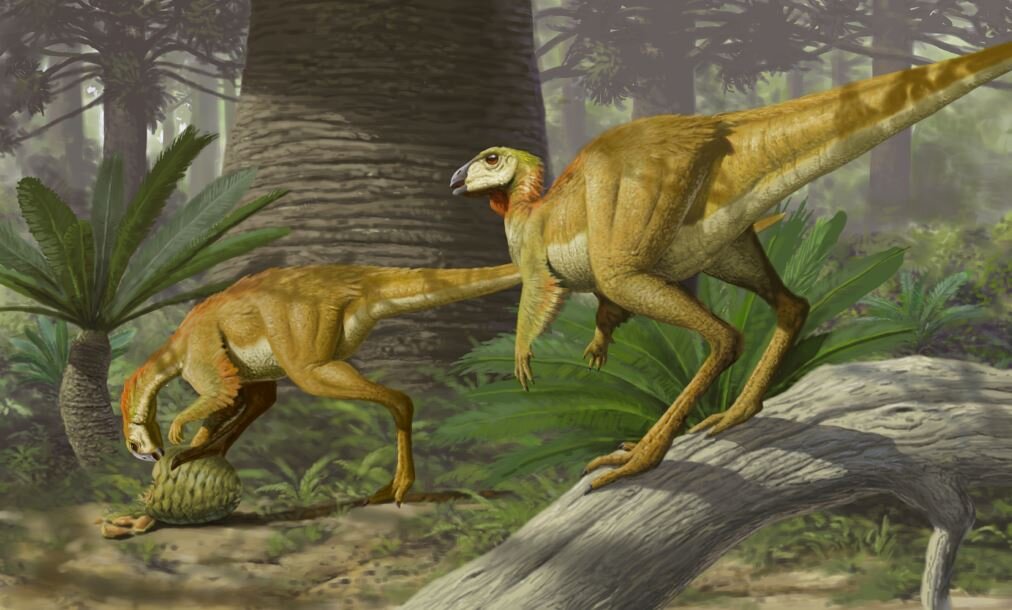 Paleontologists from Flinders University are using a micro-CT scanner and 3D printing to reconstruct a small dinosaur preserved as opal for more than 100 million years in white sandstone rocks.

Using 21st-century technology to study of this ancient creature will allow the experts to investigate the rare fossil, and perhaps discover a new kind of Australian dinosaur.

“We’re using the Flinders CT Scanning Facility at Tonsley to look inside lumps of rock that contain the remains of a small dinosaur,” says lead researcher Associate Professor Paul Willis, from the College of Science and Engineering.

“Once we have reconstructed the scans into 3D virtual models, we can print them out with a 3D printer so we can see the bones still hidden inside the rock.”

The dinosaur in question is a plant-eating hypsilophodont (small, running herbivore) dinosaur from Lightning Ridge, NSW, that was saved for science back in 2019.

In conjunction with the Australian Opal Center at Lightning Ridge and the Paleo Pictures documentary team led by Associate Professor Willis, the reconstructed dinosaur will be salvaged and revived for future generations to see.

Fossils from Lightning Ridge are often preserved as colorless and valueless potch or common opal but occasionally they can be composed of precious opal, including the prized Black Opal, and can be exceeding high in value. But Associate Professor Willis says all fossil specimens are “priceless” to paleontologists and using the latest technology will take much of the guesswork out of understanding the ancient animal’s story.

Recent scans of some of the pieces salvaged by opal miners at Lightning Ridge show that the bone inside is preserved in exquisite detail and the process has already begun of 3D printing the most interesting specimens, he says.

“Not only do the scans allow us to better understand exactly what we have as a dinosaur skeleton, they will be an invaluable aid to the next stage of studying this specimen, by removing the surrounding rock.”

“Prior to using scans on specimens like this, the removal of surrounding rock was very much a case of ‘doing in blind,’ feeling our way in to reveal the bones.

“Now we can do that with more confidence because we know where the rock stops and the bone starts.”

With only around 20% of the specimens scanned so far, this project has a way to go before the preparation process can begin.

Once that is completed, a detailed study of the skeleton (assisted by the scan data) will reveal if this is a new species of dinosaur as well as details about how it lived and died.

What does 5G UC mean? Is it better than regular 5G?