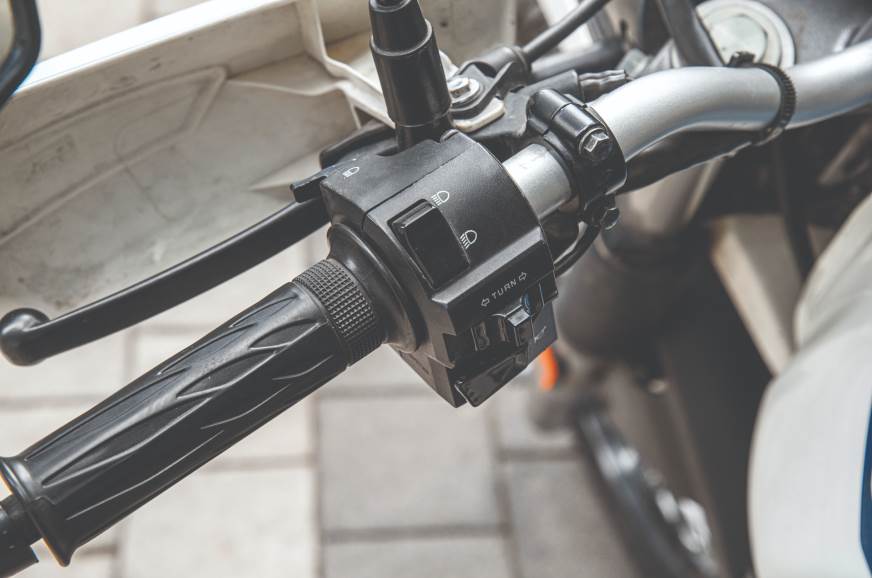 The Xpulse has spent a majority of the last two months racking up commuter miles within Mumbai city.

I’ve been spending quite a bit of time on the Xpulse for the last two months, although it hasn’t exactly been in the way I envisioned when this bike first entered our fleet. The dreams of off-road bashing are yet to materialise, but I have been doing what most customers will with this charmingly simple motorcycle – commuting.

With the extra power from the 4V engine as well as the dramatic shortening of the overall gearing, the Xpulse is now a really nice commuter.

The new motor has enough acceleration to feel a little more entertaining than it used to, but it’s also super flexible. I’ve looked down at the console and found myself in 4th gear at 30kph more times than I can remember, with no sign of protest from the engine.

Switchgear looks quite cheap and feels that way to use.

There are two reasons to like this in the city – it’s a little too short if you plan to do a lot of highway work. The first is that it lets me ride lazily without having to downshift as often as Mumbai’s chaotic traffic would normally necessitate. The other nice aspect of finding yourself in the higher gears more often than not is the positive impact on fuel efficiency. Despite the fact that I always ride at a rather brisk pace, I’m still getting between 33-35kpl in the city, which I think is a pretty decent figure. My wallet certainly agrees because it’s otherwise accustomed to rapidly emptying itself thanks to the 15-17kpl I normally get with the 790.

Of course, the Xpulse’s fantastic ride quality is another thing to enjoy on the daily grind. Strangely, the bike wasn’t feeling as comfortable as I remember it being when I first picked it up from Zaran and that was quickly zeroed down to the seat foam. Among the updates that the 4V received was improved seat padding, but the foam on our test bike’s seat strangely lost its strength, and this had quite a dramatic impact on the comfort. 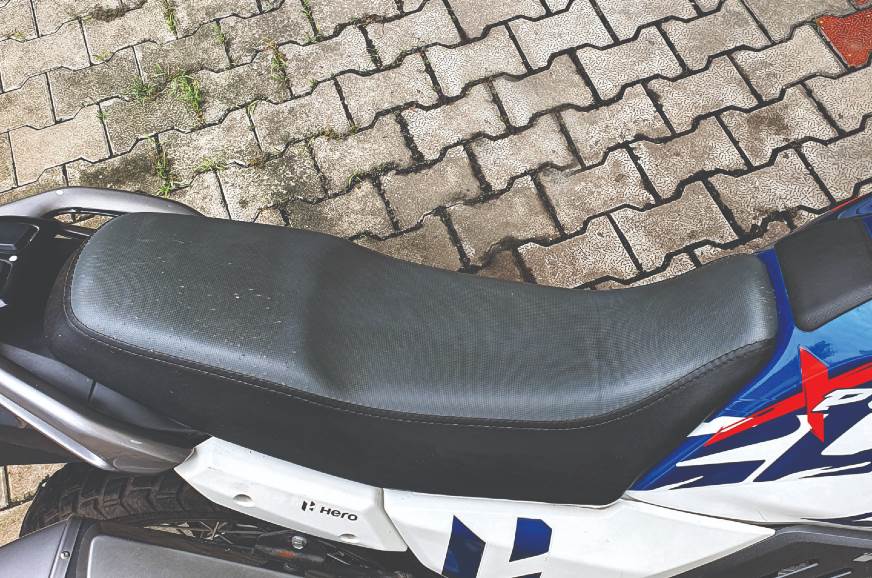 Seat foam lost its strength, was replaced with a new seat unit.

A new seat was installed which immediately took care of the problem, although something like this shouldn’t have happened so early. The only reason I can think of is that the bike was parked exposed to the elements for a few weeks, during which a few cats gave the material a good scratching as well. Perhaps the slightly shredded seat cover allowed rainwater in, which compromised the foam. While I can’t say for sure, we will be keeping an eye on how this new seat ages. The entire one piece seat unit costs Rs 1,750, which is a pleasant reminder of how cost effective spare parts are on this bike.

On the flipside, while the Xpulse is a very well priced product and it’s certainly cheap to run, you can’t help noticing the rather basic levels of finish. The switchgear, in particular, feels quite cheap, and after having spent time with the beautifully finished Classic 350, the Xpulse just doesn’t have that special feeling. But again, for the price it commands, I suppose that’s an acceptable trade-off.

Now that the monsoon is finally here, I’m looking forward to some messy weekend trail rides with friends, so hopefully you’ll get to read about all that in the next report.

Oscar-nominated Star Playing Cosmo the Spacedog in ‘Guardians of the Galaxy Vol. 3′