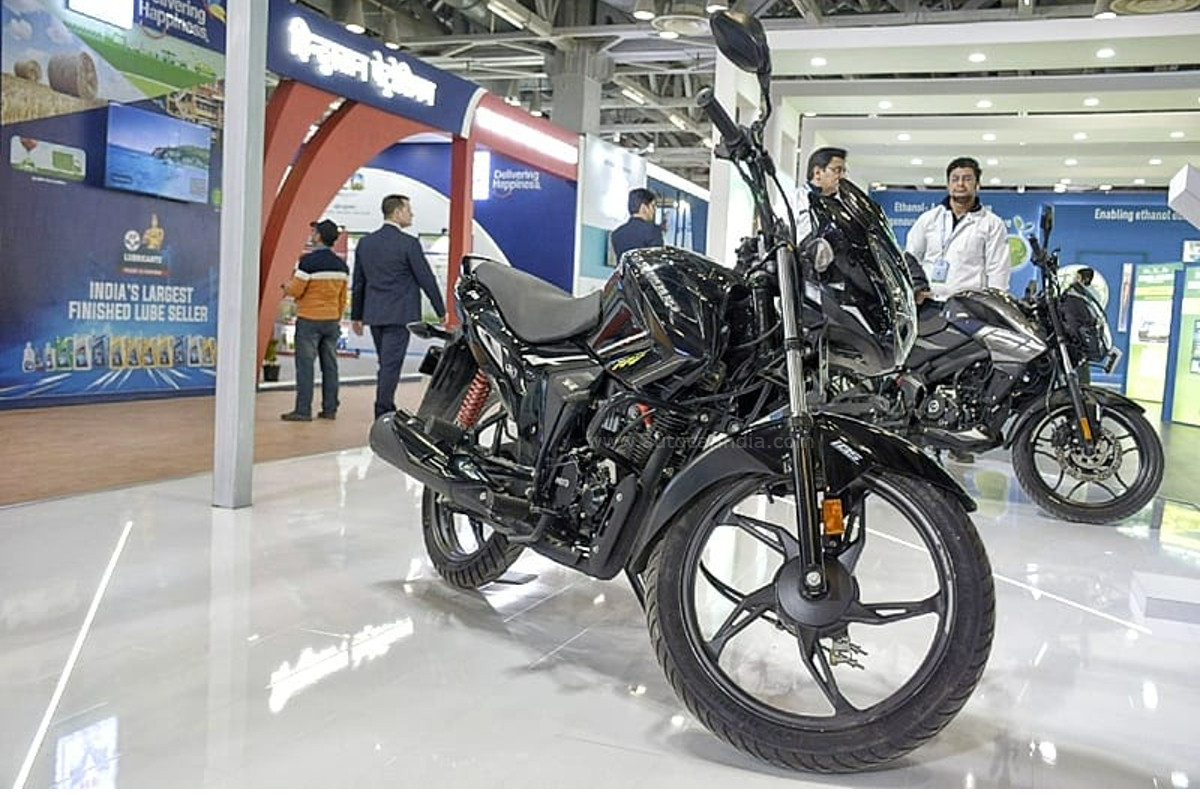 Hero is testing flex-fuel capable bikes in India to understand the engine’s behaviour in the long run.

India’s largest two-wheeler brand Hero MotoCorp has started commercial production trials for flex-fuel motorcycles, which will most likely be introduced in the 100-125cc segment that forms the lion’s share of the Indian ICE two-wheeler market.

What is flex fuel?

Flex fuel is a mixture of petrol and ethanol (up to a certain percentage), such as e10, e20, e85 and so on. The number signifies the percentage of ethanol blended with petrol. Both fuels are stored in a common fuel tank. With the world looking for more eco-friendly and cost-effective alternatives to petrol, more and more nations are mandating the usage of a blended mix of petrol and ethanol. The Indian government has also been pushing this technology with a target of e20 by 2025-’26. This has necessitated the development of engines that are able to cope with this new fuel mixture.

“From January, we have started trial production of e20 fuel two-wheelers. And having done this much ahead of the deadline, Hero MotoCorp is ready with the challenge and the bikes will be capable of taking any combination of e10 and e20,” a senior company official said.

On its part, Hero MotoCorp is also preparing itself to test the flex-fuel vehicles in real-time on the roads. “We are in the process of testing our flex-fuel models in at least two to three cities in India where flex fuels are available. We want to understand their behaviour on the roads before we get into commercial production before the 2025 deadline,” the official said. “While the government is looking to shift to e20 and reduce the dependence on conventional fuel, the customer shouldn’t get compromised as new bikes may perform well for the first 30,000 to 40,000km. But beyond that, we also can’t say, as the vehicles will have to be tested.”

Since ethanol is hygroscopic, it absorbs water from the air, causing the fuel blend to separate. Ethanol can be extremely damaging to small engines and high-powered sports equipment that are not designed to use it, leading to corrosion of the engine and fuel system, experts say.

Hero Moto Corp is all set to launch two new 300cc+ motorcycles in the second half of 2023, and recently, the manufacturer also inked a deal with American electric bikemaker Zero Motorcycles.

At Auto Expo 2023, Hero showcased its Glamour XTEC with flex-fuel technology, capable of running on the e20 to e85 blend. Besides Hero, Auto Expo 2023 saw a flurry of flex-fuel vehicle showcases from other manufacturers as well. Honda showcased its XRE 300 flex-fuel capable adventure bike, and Yamaha unveiled its Brazilian-spec FZ-FI, which can run on an E20 blend and even 100 percent ethanol. Bajaj too showcased its flex-fuel Pulsar NS160 and Suzuki put its Gixxer 250 FFV on display as well.

While TVS showcased the Apache RTR 160 4V, KN Radhakrishnan, director and CEO of TVS Motor Company, said, “TVS will work towards mass production of at least one model of flex-fuel two-wheeler much before the deadline, by the end of October 2024.”