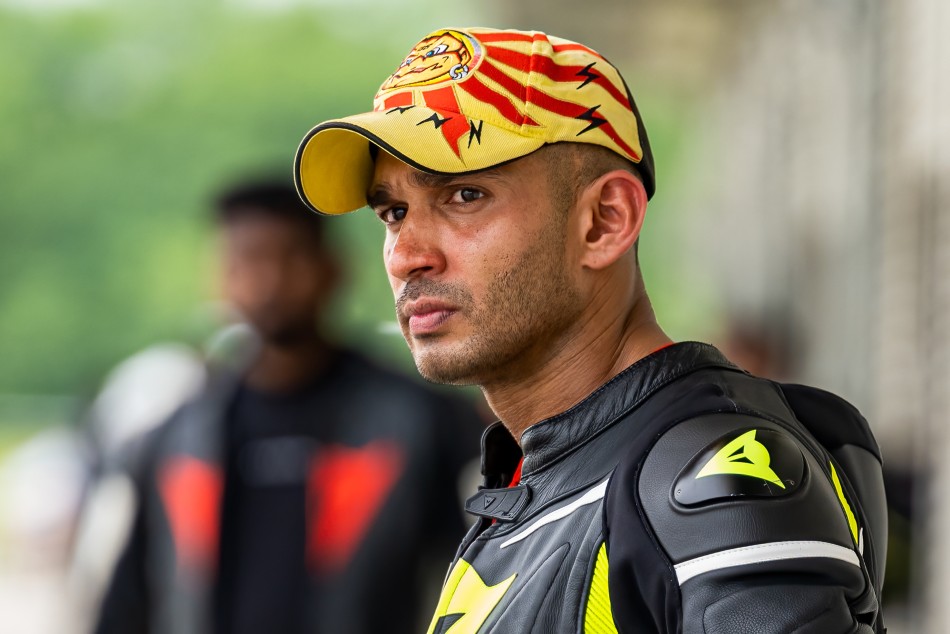 The nine-time National champion in a thumping dash to the finish line, posted top times and won two National Championship classes, the 4-stroke Super Sport 1051cc to 1650cc (Suzuki Hayabusa) class and the 4-stroke Super Sport 551-850cc category astride a Kawasaki ZX6R, besides the 851 to 1050cc race, which is declared as a support race this season.

The Bengaluru rider, however, missed a chance to make a clean sweep, due to technical glitches, and could only finish seventh in the newly re-introduced Unrestricted Open class.

Despite a slight delay in his reaction time, Muddappa romped home to a sweet victory in 8.614 seconds as he made his debut in the 4-stroke 550 to 850cc class touching a top speed of 198.45 kmph. Shifting to his majestic Suzuki Hayabusa, he dominated the 1051cc to 1650cc race and began his title defence in style. With a top-speed of 225.14 kmph, he took the honours in a field of 14 riders.

The fastest Indian in motorsports said: “I am thrilled to start the season on a positive note. Though I am happy to win a double as we take home a lot of positives, we continue to learn and will come back stronger in the next two rounds. Our goal is three National titles and we go back to work. I thank my dedicated team Mantra Racing and all the boys. It is their victory.”

The combination of Mantra Racing and Hemanth Muddappa have been consistently ruling the track and winning laurels at the Drag Nationals and have set many National records. The second round will be on November 5 & 6 while the final round will decide the National champions on December 17 and 18 at the same Drag strip at MIC.

Macron embarks on African visit to ‘renew relationship’ with continent