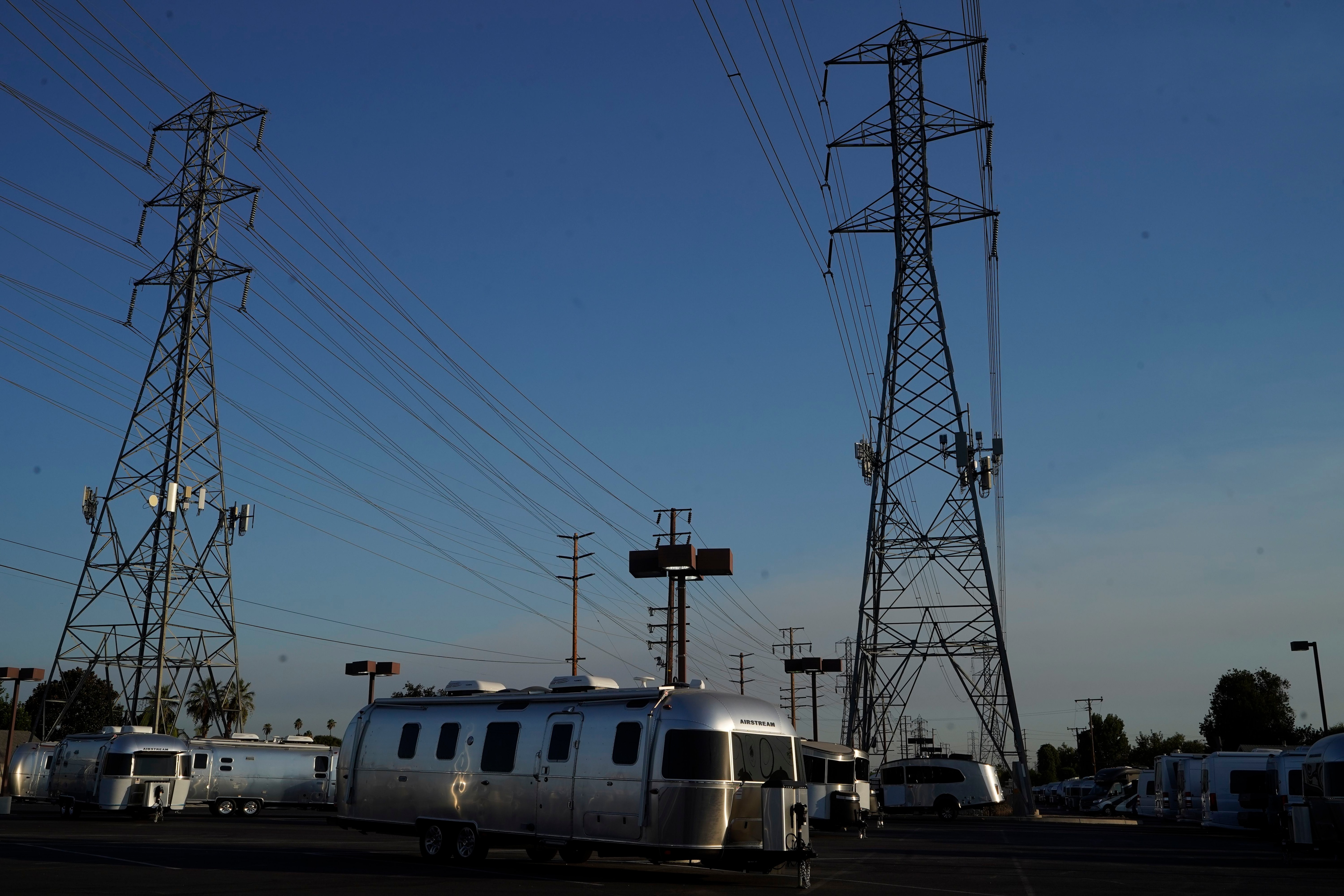 SACRAMENTO, Calif. – A record heat wave put California in a fossil fuel conundrum: The state has had to rely more heavily on natural gas to produce electricity and avoid power outages while Democratic Gov. Gavin Newsom’s administration moves toward ending the use of oil and gas.

The heat wave that started more than a week ago has been hotter and longer than any other, and it has put unprecedented strain on power supplies. That prompted Newsom to plead with people to use less power to avoid rolling blackouts — a practice that involves cutting some people’s power to save energy so the lights can stay on for everyone else.

That effort has worked, but meeting the state’s heightened energy demand also required activating generators fueled by natural gas, which is still a major part of the state’s power picture. The governor’s calls for conservation also drew criticism about new state policies governing electric vehicles and other measures that will only increase energy demand.

“If you’re an elected official, you need to keep the lights on,” said Ken Alex, a top climate official for former California Gov. Jerry Brown.

The state might have to turn to older fossil fuel technology for the next two to three years while it builds more battery storage and other renewable resources, Alex said.

“It’s constantly this balance: We have got to get away from fossil fuels, but we also need to get there,” he said.

But the demand will only climb in the years ahead. By 2045, when the state is mandated to get all of its electricity from non-carbon or renewable sources, demand is expected to be as high as 78,000 megawatts due to more electric home appliances and cars on the road, according California Energy Commission estimates.

To meet that demand, both the government and major utilities like Pacific Gas & Electric are working to scale up renewable sources such as solar and wind power, as well as large-scale batteries that can store that power for use at night. The California Public Utilities Commission last year ordered utilities to procure enough additional power for 2.5 million homes by 2026. Newsom has also pushed to keep the state’s last nuclear plant open beyond its planned closure in 2025.

The sun is typically the state’s biggest power source during the day. But as the hot weather arrived, natural gas surpassed renewables for more time over the past week, according to the California Independent System Operator, which is responsible for managing and maintaining reliability on the state’s power grid.

Gas was the primary energy source all day on Tuesday — the expected peak of the brutal temperatures.

But some of the state’s fossil-fuel plants have their own reliability problems. Several power plants, including aging gas-fired ones along California’s coast, partially broke down or couldn’t produce as much energy over several days, according to the ISO.

Four of the plants, which suck up ocean water to cool down their equipment, were slated to close in 2020, but the state has continually extended their lives to help stabilize the power supply. They now plan to stay open until at least 2023, but they could last even longer under legislation Newsom signed in June.

At least three plants have experienced partial outages during parts of the heat wave, according to the ISO.

The AES Corporation, which owns a few plants, has “moved swiftly to carry out needed maintenance on our older units to ensure their availability,” according to a statement from Mark Miller, AES’s Market Business Leader for California.

The company also provides power to the state through newer natural gas plants and battery storage, he said. The partial shutdowns at one of the plants in Redondo Beach were caused by a boiler tube leak and a pump problem, he said.

If the state wants to keep the old coastal gas-powered plants online beyond 2023, it needs to give the companies that own them more certainty about the future so they can decide whether spend money to maintain them, said Siva Gunda, vice chairman of the California Energy Commission, the state’s energy planning agency.

“Everything has to be moved forward at full throttle” with the “ambitious aim” that cleaner energy sources make up most of the state’s power reserves, he said.

The intensity of the heat wave only emphasizes the need for California to move away from fossil fuels as quickly as possible, he said.

The grid challenges, though, provided plenty of fodder for Newsom’s political critics, who have argued that Democrats’ policies to move away from oil and gas don’t add up.

The state’s new regulation aimed at ending the sale of most new gas-powered cars in the state by 2035 has drawn attention nationwide. But the state has also urged people not to charge cars or use other large appliances at night. It has not banned car charging, but instead urged people to do so during the day.

“Gavin Newsom — You have to buy an electric car. Also Gavin Newsom — But you can’t charge it,” Republican state Sen. Melissa Melendez tweeted Tuesday evening after the state sent out an emergency wireless alert urging people to reduce power use.

Environmental groups say its a failure of planning that’s led California to rely on natural gas — and even ramp up its use — during the heat wave. The state needs to set clearer goals and benchmarks to meet its clean energy targets and ensure that fossil fuels aren’t used as a backup, said Ari Eisenstadt, campaign manager for Regenerate California, a campaign aimed at ending fossil fuel use in the state.

“Folks have been talking about natural gas as a bridge for decades,” he said. “And if it were truly a bridge, we would have crossed it by now.”

5 new electric car companies coming in 2023 and beyond