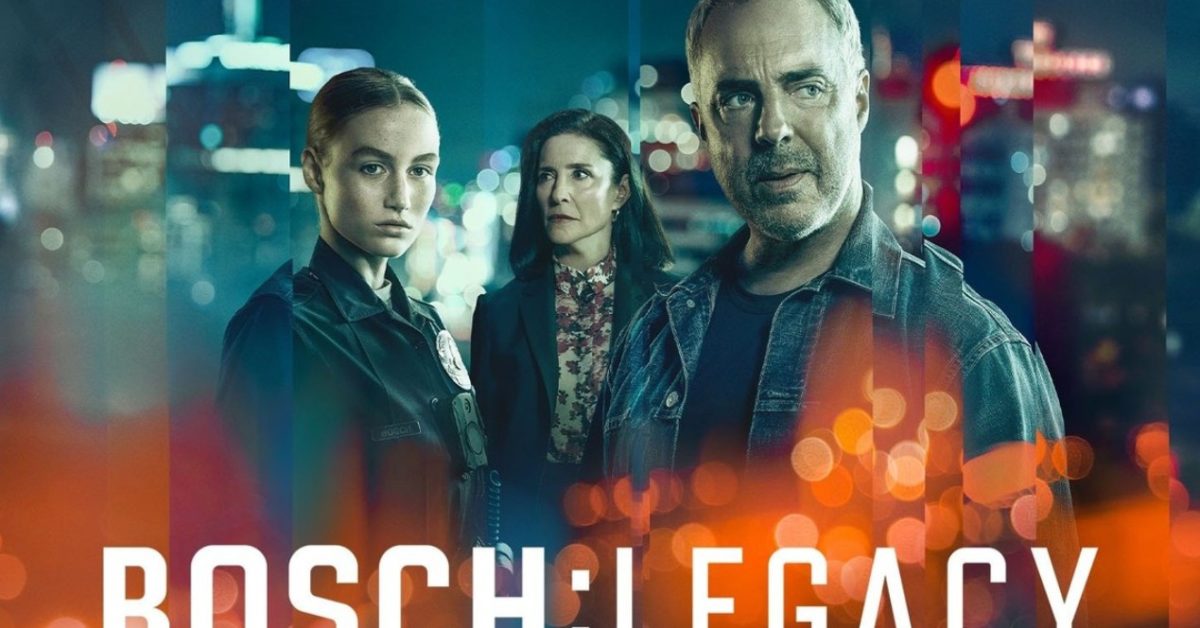 The “Harry Bosch” novels by Michael Connelly are probably the finest Los Angeles crime novels running right now, launched 30 years ago in 1992 and now having sold 80 million copies. The television series adaptation Bosch on Prime video and its sequel spinoff Bosch: Legacy on FreeVee are immensely popular, but no fictional character can run forever. With the latest novel in the series, Connelly may have set in motion his lone wolf detective hero’s endgame. We look at what that might imply for the TV series. MAJOR SPOILERS AHEAD! If you haven’t read the latest “Bosch & Ballard” novel, Desert Star, and you’re not looking to have anything spoiled, turn back now. Otherwise, we’ll see you after the jump…

Harry Bosch’s Time Might Be Coming to an End

In the novels, Bosch has been aging in real-time. Connelly wrote him as a veteran of the Vietnam War before he returned to Los Angeles in the 1970s to become a cop, working his way up to detective by the time the first novel, The Black Echo, launched. That puts him in his seventies in the last few novels, where he retired from the LAPD in the 2010s but continued to work as a private investigator and volunteered to investigate cold cases for the department.

In Desert Star, detective Renee Ballard has recruited Bosch as a volunteer investigator for her new cold case unit. He and Ballard investigate the murder of a councilman’s sister, but Bosch’s real passion is for an unsolved murder of an entire family.

Desert Star explores Bosch and Ballard’s uneasy alliance ever since she has been the one who actively sought his advice and experience, making him her unofficial mentor, a relationship neither of them ever really admitted to. There is also the unspoken sense that Ballard, who suffered the death of her father when she was a teenager, also adopted Bosch as a surrogate father figure. They’re both loners and flawed but exceptional investigators, and of course, they solve their cases – you should read the book to see how they do it and the ebbs and flows of their relationship – but by the end, Connelly reveals that Bosch is dying of cancer, from an earlier book years ago but previously went into remission.

There’s no escaping this fate for Bosch. Connelly signals that Bosch’s final story is looming, though not in Desert Star. The next book will be a “Lincoln Lawyer” story featuring Micky Haller, Bosch’s defense attorney half-brother, but apparently, Bosch will play a major role in the story. The question is whether Bosch will be in the book after that and if that will be his swansong.

Will Bosch Have a Similar End in the TV Series?

With seven seasons on Prime and Bosch: Legacy entering its second season, that makes over nine years the TV version of the character has been around, played by Titus Welliver (who also reads the audiobooks of the novels). The TV universe follows a slightly different continuity – the cranky lone-wolf detective here is a veteran of Gulf War One veteran instead of Vietnam and, therefore, at least twenty years younger than the book version. Honey Chandler, as played by Mimi Rogers, who was an enemy of Bosch’s and was murdered in the books, is alive and an uneasy ally because you don’t want to waste Mimi Rogers in a juicy role. Bosch’s daughter Maddie (Madison Lintz) plays a more prominent role as the third main character of the current show, while she’s mainly in the background in the books. Renee Ballard still hasn’t shown up in the TV shows, though Connelly has said that he plans to introduce her to his TV universe somewhere down the line.

In the books, there was a strong sense that Bosch will be handing the torch to Ballard as Connelly’s primary detective character ever since she was first introduced in her own solo novel. That she teamed up with him in the last three novels also made that case, and now with Bosch’s impending death, it seems Ballard will eventually take center stage. In the books, Ballard and Maddie are, in effect, Bosch’s daughters; Ballard, an unspoken, adopted surrogate daughter, and she and Maddie will be mourning his passing when that comes. Maddie is currently a beat cop at the beginning of her LAPD career in both the books and the show, but a less compelling or nuanced character than Ballard. The question is, would Connelly give the TV Bosch terminal cancer when it’s time for Welliver to retire the character? And would Maddie take over the show, or would Renee Ballard have shown up by then?