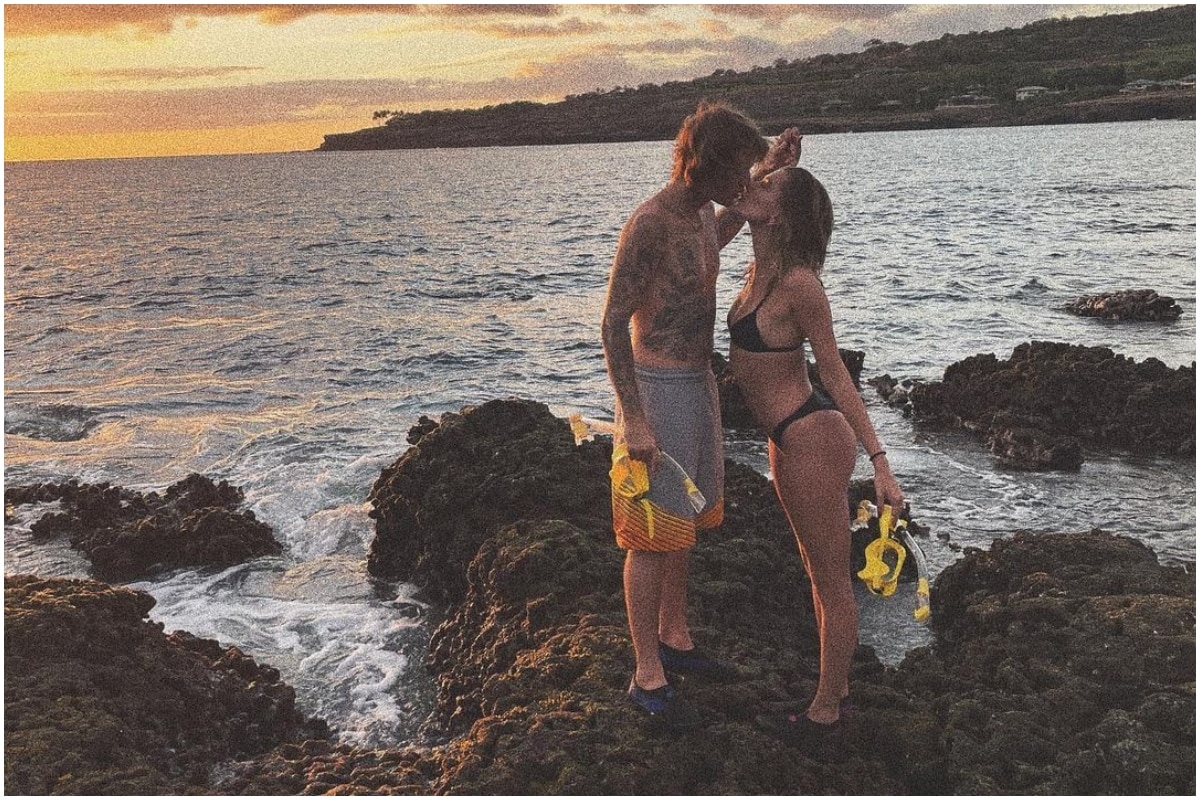 Hailey Baldwin and Justin Bieber are soaking up the sun on a tropical getaway. The couple jetted off to Hawaii in the first week of 2021 and shared snaps of themselves enjoying by the sea.

The couple has shared a series of pics of themselves snorkeling, hiking, and relaxing in the sunshine. Hailey shared a bunch of photos with the caption, “Adventure time.” The photos showed her wearing a black bikini while snorkeling in the waters. In another pic, she opted for a bright yellow sweater, red floral short shorts, black Prada loafers and a yellow bucket hat as she stood on an airport tarmac.

In her second post, Hailey shared a photo of her and Justin Bieber on a hike in the rainforest. She wore a grey sports bra and black bike shorts while Justin kept it casual in a white tee and grey gym shorts. Hailey also shared a selfie in which she rocked a white tank top and floral-printed shorts.

Justin also posted a black and white snap of the couple lying on what appeared to be a lounge chair. A bikini-clad Hailey cuddled up to her shirtless beau, who showed the peace sign while wearing a baseball cap.

The singer also shared a selfie of them after a snorkeling session. Hailey was wrapped in a white towel and pouted at the camera, while Justin softly kissed her cheek.

The couple flew to Hawaii to visit Justin’s best friend Joe Termini and his wife Kelia Moniz who reside there with their newborn son, reported Daily Mail.