Guy Reffitt, Texas man who brought gun to Capitol on Jan. 6, set to be sentenced 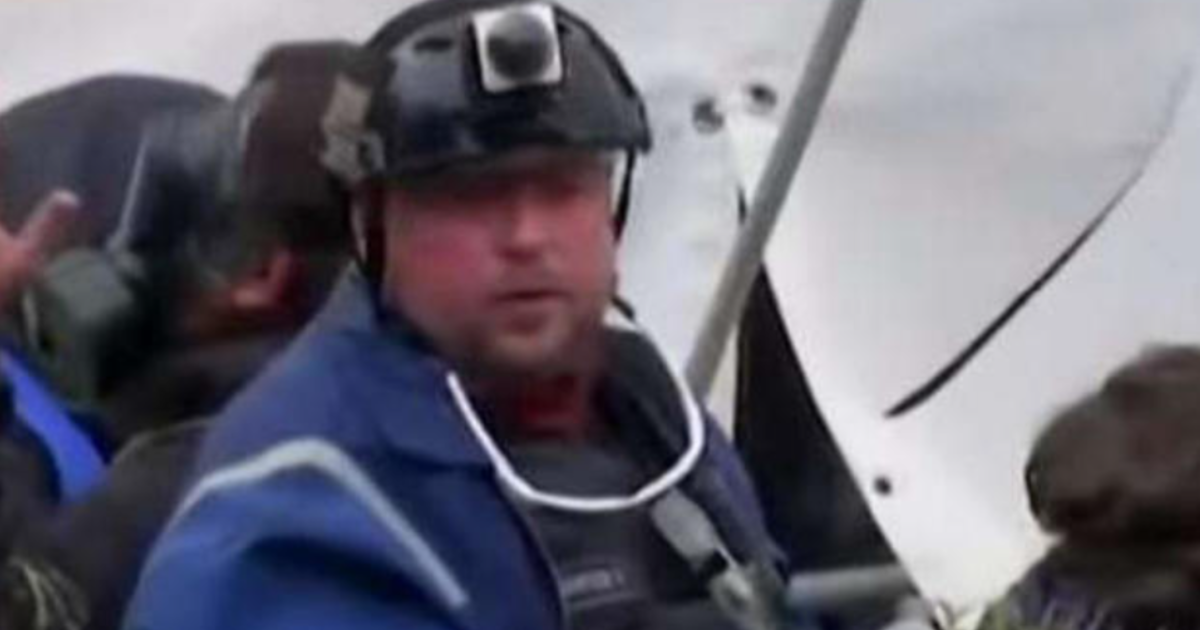 Washington — Guy Reffitt, a Texas man convicted of bringing a handgun to the Capitol during the Jan. 6 attack, is set to be sentenced in federal court Monday, where prosecutors are seeking 15 years behind bars for his role in the attack.

A member of the far-right militia group the Texas Three Percenters, Reffitt was found guilty in March of five criminal counts, including obstructing Congress’ certification of President Biden’s Electoral College win. He was the first defendant to stand trial on charges stemming from the attack. Reffitt’s defense team is seeking a maximum of two years in prison.

In seeking the 15-year prison sentence, prosecutors said Reffitt played a central role as part of the mob on Jan. 6, and intended “to use his gun and police-style flexicuffs to forcibly drag legislators out of the building and take over Congress.”

Prosecutors said he also threatened his children when they wanted to report him to authorities.

At his trial, Reffitt’s 19-year-old son Jackson – who turned his father in to law enforcement – told the jury that he had learned of his father’s membership in the mob when he saw his mother and sister watching news coverage of the events that day.

Prosecutors played tapes recorded by Jackson in which Guy Reffitt admitted that he had carried a gun outside the Capitol. “You carried a weapon onto Capitol grounds,” Jackson was heard saying. “OK,” Guy responded, adding later, “I did it. I did bring a weapon on property that we own.”

Emotions ran high in the courtroom when Jackson described the threat his dad had made against him and his sister, Peyton, when they tried to turn him in. “If you turn me in you’re a traitor, and traitors get shot,” Jackson recalled his father saying. He said he was “pretty sure” his father had uttered those exact words. Peyton was originally slated to also testify against her father, but ended up not doing so.

A former Capitol Police officer and a former Texas Three Percenter who traveled with Reffitt to Washington ahead of the attack also testified as government witnesses in the case. The former militia member, Rocky Hardie, reached a deal with the government to secure his cooperation, and testified that he and Reffitt took firearms on their trip to D.C.

William Welch, Guy Reffitt’s attorney at the time, called no witnesses, and Reffitt did not testify in his own defense.

Since his conviction by a 12-person jury, five more defendants have been found guilty by juries. Five others have been convicted by judges at bench trials. One defendant, Matthew Martin, was acquitted of multiple misdemeanor counts by a judge.

Ahead of Monday’s sentencing, prosecutors said Reffitt played a “central” role in the riot, alleging his actions on Jan. 6 were just the beginning.

“He described Jan. 6 as the ‘preface’ of a book,” the government said in its presentence memo. “Reffitt also asserted that the Capitol insurrection was just the ‘beginning’ of ‘a lot more.'”

Prosecutors also argued in their pretrial filings that Reffitt’s actions deserved a terrorism enhancement at sentencing. His actions, they alleged, were “clearly” motivated by a desire to “influence or affect the conduct of government by intimidation or coercion, or to retaliate against government conduct,” part of the criteria necessary to classify a crime as worthy of a terrorism enhancement.

“Attacking the United States Capitol,” prosecutors wrote, “is a strong indication of intent to influence or retaliate against the government.”

But Reffitt’s new attorney, F. Clinton Broden, disagreed, arguing that Reffitt never actually entered the Capitol, never removed the handgun from his holster and “never gave any indication he would actually harm his children.”

“President Trump urged those in attendance to march on the Capitol, where he knew the electoral votes were being counted, and Mr. Reffitt did so,” Reffitt’s attorney asserted, adding later that Reffitt spent a lot of time on the computer and “romanticized” what might have happened on Jan. 6.

The government’s recommendation of 15 years in prison, Broden wrote, was “unprecedented” and inexplicable.

Assault On The U.S. Capitol

Uncontrolled Chinese rocket captured in video as it falls to earth

Summerslam 2022: List of records and interesting statistics from WWE PLE