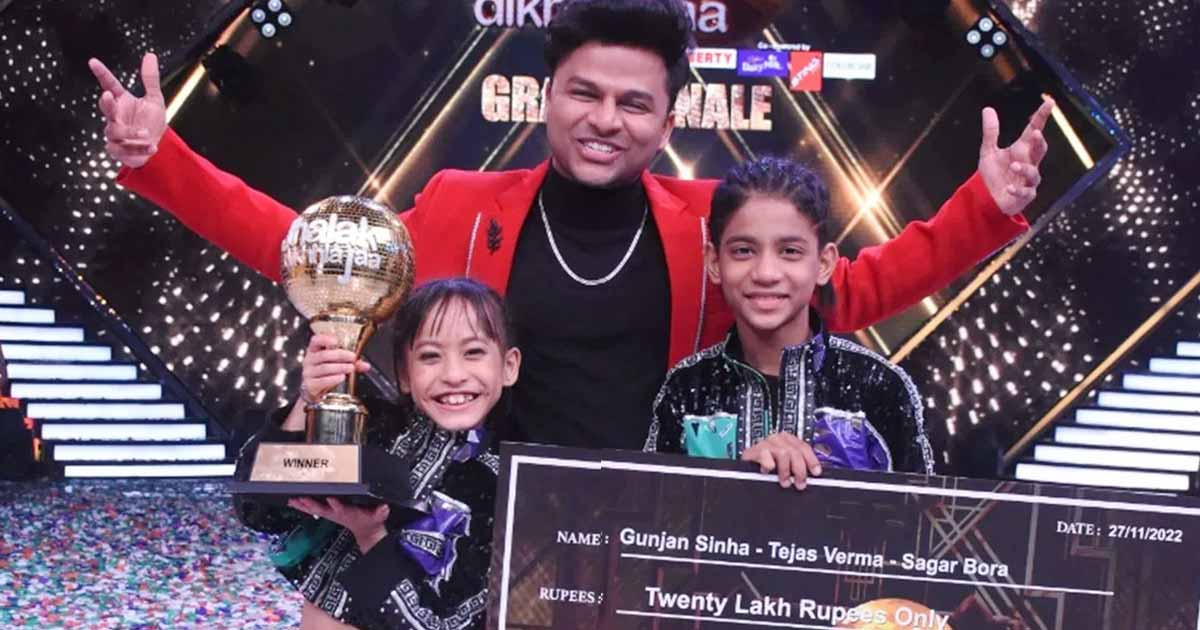 Eight-year-old Gunjan Sinha from Guwahati was declared winner of the dance reality show Jhalak Dikhhla Jaa 10. Gunjan and her partner Tejas Verma, another child dancer, won the trophy and took home a cheque of Rs 20 lakh.

During the finale, even as the contestants presented their best performances, Bhediya cast members Varun Dhawan and Kriti Sanon appeared as celebrity guests.

Both Kriti and Madhuri danced together to the ‘Lajja’ song ‘Badi Mushkil’; and Salman Khan, who’s hosting ‘Bigg Boss 16’, recreated a scene with Madhuri from ‘Hum Aapke Hain Koun..!’, their iconic film.

The top five contestants — Rubina Dilaik, Faisal Shaikh, Nishant Bhat, Gunjan Sinha and Sriti Jha — were seen competing against each other. After the double elimination happened, Sriti and Nishant were evicted. With this, the competition was limited to the top three — Gunjan, Faisal and Rubina — and Gunjan was finally declared the winner by the Jhalak Dikhhla Jaa 10 judges.

Gunjan, who has participated in other dance reality shows, including ‘Dance Deewane Juniors’, expressed her excitement and said: “I am taking back a lot from the show. Many moments and memories will remain with me. My partner Tejas Verma and choreographer Sagar Bora kept inspiring me to perform well.”

She added: “I learned a lot from the judges and Madhuri ma’am has always been my idol when it comes to dancing.”

Gunjan also said that since the beginning her favourite dance form has been hip-hop and that she has been passionate about dancing since the age of five. She now wants to make a career out of dance. And as she declared: “I want to be the best dancer.”