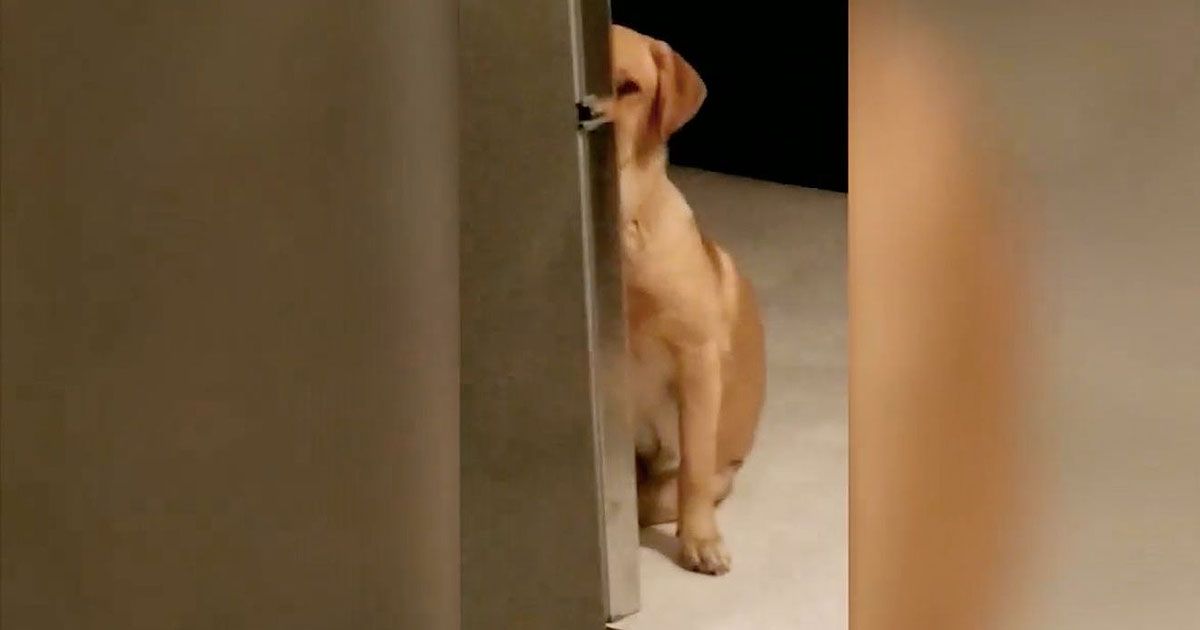 Growing up, you usually didn’t want to tattle on a sibling to your mom and dad when they did something wrong. But some of us have better poker faces than others! So when Abby and Tobby, two Golden Labrador Retrievers, were found at the scene of the crime together, things got interesting. Tobby acted like the guilty Labrador, but his sister was in fact the perpetrator!

The dogs’ owner, Jennifer Kinderman, came home to find green fluff from a dog bed strewn all over her apartment. She immediately started filming to document the evidence.

In the video, Golden Lab Abby circles and struts proudly around the bedding, wagging her tail.

“Who did this?” Kinderman asks her, but Abby just keeps wagging her tail at her mom.

Kinderman then zooms in on the background of the kitchen. There’s Tobby, hiding half his furry body behind the fridge, sitting very still and looking ashamed.

“Do you know?” Kinderman interrogates her second Labrador Retriever.

While this may seem like a cut-and-dry prosecution that clearly proves Tobby’s guilt, Inside Edition’s dog-themed crime feature Paw and Order got down to the bottom of the case, and the ending has a plot twist.

It seems that Abby, who had already ripped apart another bed earlier in the week, is the main suspect. Even worse, both destroyed beds belonged to her brother!

Now poor Tobby, who in the video clearly doesn’t want to snitch on his sister, doesn’t have a bed yet again. The things dogs do for family! Because Abby is a pretty cute puppy, she got away with it, but thankfully Tobby got another new bed.

Make sure to watch the video and SHARE this hilarious story with your dog-loving friends!

Editor’s Note: This piece was first published in 2017.

Should measles vaccine be given at six months instead of…

Goat Simulator 3 review – A wacky yet meaningful lesson in…