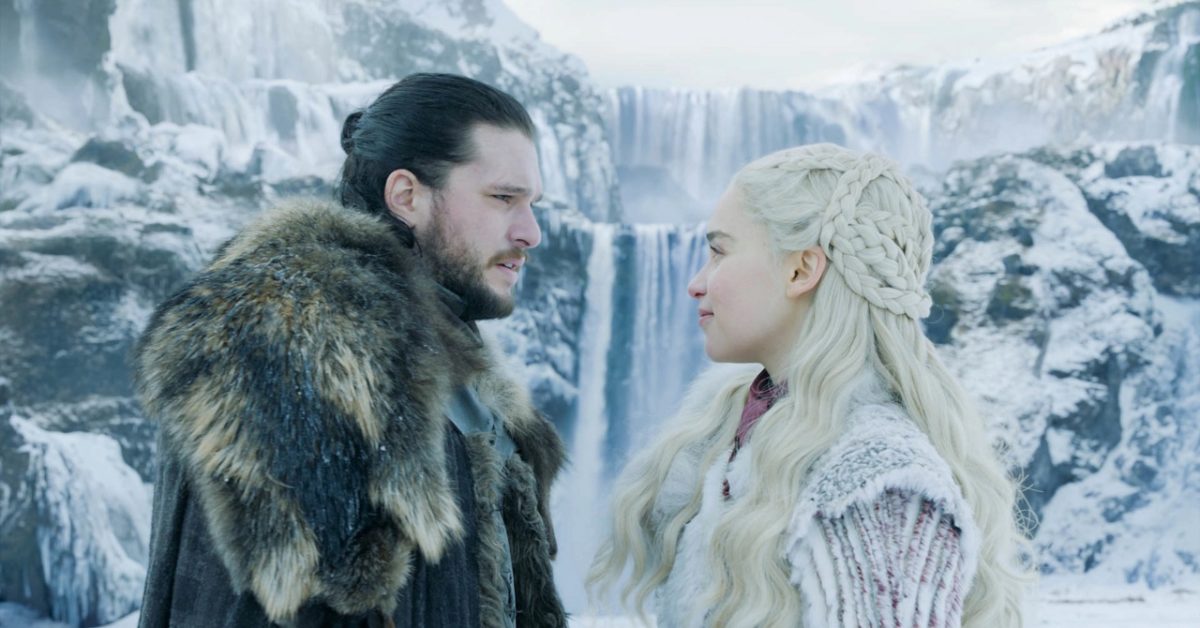 Well, that was quick. Earlier today, Game of Thrones star & friend Emilia Clarke (Daenerys Targaryen) seemingly confirmed reports from last week that HBO was developing a live-action sequel series spinoff from George R.R. Martin‘s “Game of Thrones” focusing on Kit Harington‘s Jon Snow (with the actor reportedly attached to reprise his fan-favorite & Emmy-nominated role). Thanks to GRRM and his blog (which you can check out here), we can now pretty much move the series onto the front-burner as the author offered not only an official confirmation of the project but also discussed his involvement in it and a whole lot more.

So in his blog, GRRM confirmed the reporting from The Hollywood Reporter and that the working title is “Snow.” That project joins the three other live-action shows in development at HBO (“TEN THOUSAND SHIPS, the Nymeria show, helmed by Amanda Segel. SEA SNAKE, aka NINE VOYAGES, with Bruno Heller. And the Dunk & Egg show, THE HEDGE KNIGHT or KNIGHT OF THE SEVEN KINGDOMS, with Steve Conrad writing”), and “has been in development almost as long as the other three” but the news only leaked recently. GRRM also confirms “it was Kit Harrington who brought the idea to us” and that Harington also brought in “his own team” of writers and showrunners,. And though their names haven’t been cleared for release yet, GRRM says “they are terrific.”

The celebrated author also confirmed his involvement in the series, as he is with the three live-action projects as we as the animated series. “Kit’s team have visited me here in Santa Fe and worked with me and my own team of brilliant, talented writers/ consultants to hammer out the show,” GRRM continued. While he makes it clear that none of the projects have received an official green light yet, GRRM offered a pretty impressive-sounding update on how development is going. “All four of these successor shows are still in the script stage. Outlines and treatments have been written and approved, scripts have been written, notes have been given, second and third drafts have been written,” the author wrote.

What Is Scromiting, or Cannabinoid Hyperemesis Syndrome?

Apple Maps could get a feature that Google Maps…