Grocery store with items made from plastic opening to public 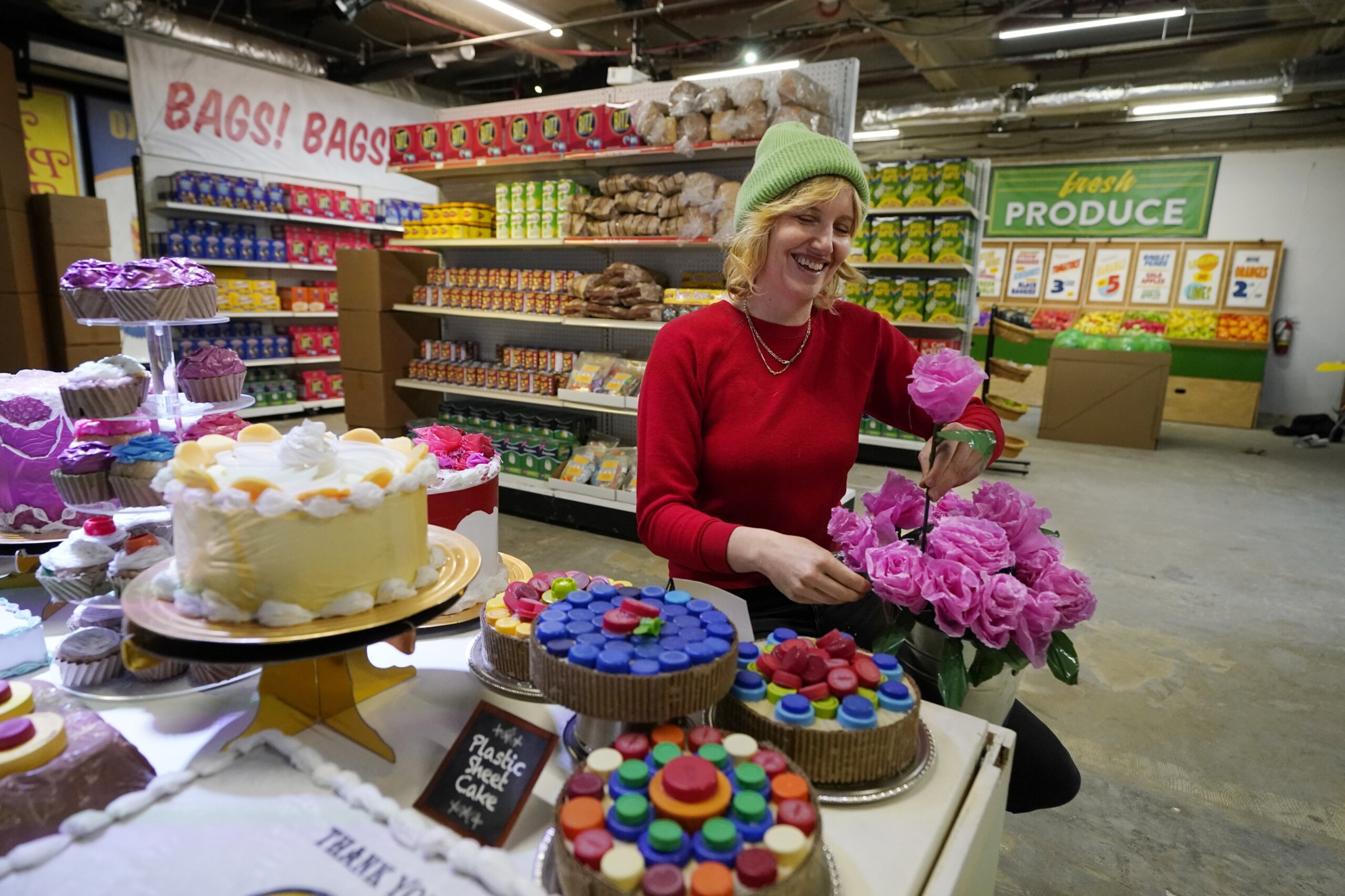 A grocery store that features thousands of products made entirely of discarded plastic opens to the public on Tuesday.

ANN ARBOR, Mich. (AP) — A grocery store that features thousands of products made entirely of discarded plastic opens to the public on Tuesday.

The Plastic Bag Store is a custom-built public art installation and film experience designed to encourage visitors to think more about the enduring impact of single-use plastics.

The store in Ann Arbor, Michigan, features shelves stocked with items such as meat, eggs and cakes — all made from single-use plastics taken from streets and garbage dumps.

The store at times during the day will be transformed into a stage for a series of short films in which puppetry and handmade sets are used to tell a story of the dangers of plastic waste and the consequences for future generations.

As the show’s tagline puts it: “Part installation. Part film. All bags.”

Plastic bags are created by fossil fuels and often end up as waste in landfills and oceans.

Theater and film director Robin Frohardt is the driving creative force behind the Plastic Bag Store.

“I got the idea many years ago after watching someone bag and double-bag and triple-bag my groceries,” Frohardt said Tuesday. “I just was sort of struck by how ridiculous how much packaging is involved in our everyday lives.

“And it just seemed so absurd. I just thought, ‘Maybe I could make a project that’s even more absurd.’ ”

One product Frohardt didn’t have to alter was baguettes, “because it was already in the name,” she said with a laugh.

The show premiered in Times Square in 2020. It since has made stops in Los Angeles; Chicago; Austin, Texas; and Adelaide, Australia.

“I hope that we can continue to tour this project and bring it to different communities,” said Frohardt, who is based in New York. “My dream would be that this project becomes irrelevant.

“But it probably won’t be.”