Grey Owl’s cabin: Why hikers are drawn to one of Sask.’s most challenging trials 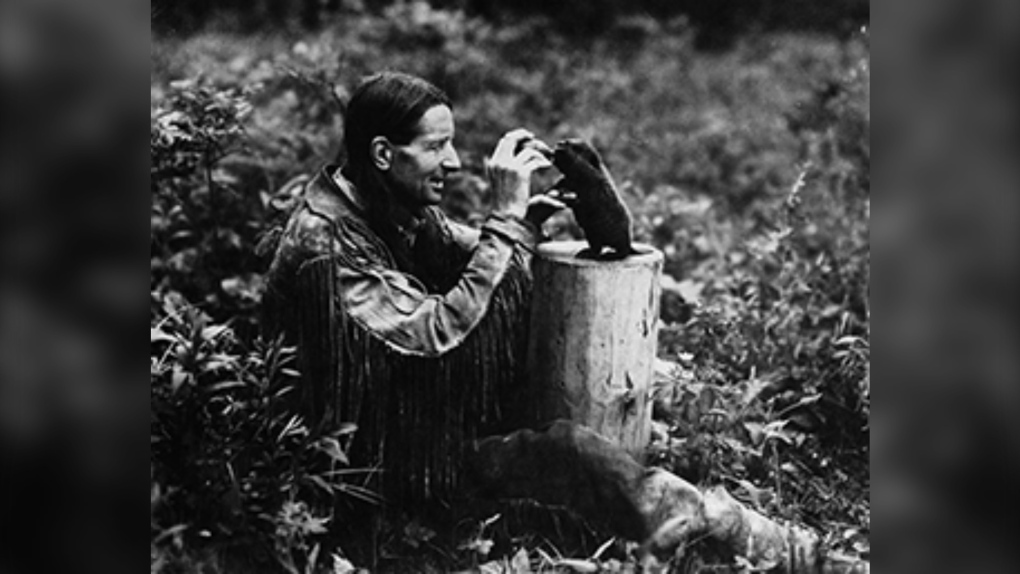 In a province with no shortage of wilderness to explore, there is a remote route in Prince Albert National Park that is one of the most coveted — the trail to Grey Owl’s cabin.

The famed, and controversial, conservationist’s home lies at the end of a convoluted trail that starts about 25 minutes down the road at the Kingsmere River trail in the park’s northeast corner.

The man who called himself Grey Owl, lived in the unassuming cabin located on the shore of Ajawaan Lake.

After his death in 1938, it came to the light that that conservationist, actually Archibald Belaney from England, had been posing as an Indigenous man.

During his lifetime, Belaney wrote three popular books promoting the value of nature.

Belaney even had two beavers living in this cabin with him, Jellyroll and Rawhide – swimming in and out of an opening he built into the floor.

The man who called himself Grey Owl is shown in a Parks Canada image. (Parks Canada)

The journey to the cabin is not an easy one. Hikers begin with a visit to the National Park office in the Waskesiu townsite to check in and alert staff that they are heading out — a safety precaution in case of any troubles while out on the trail which has no cell service.

After a short drive down the river by canoe or small motorboat, the watercraft are then put onto a trolly cart and guided down a rail track before being put back in the water for the final stretch into Kingsmere Lake.

Mark Purdy, spoke to CTV News while guiding a small group says he has made the trip at least ten times over the years. He calls it a “Saskatchewan bucket-list adventure.”

“Kingsmere is a very unpredictable lake, it’s round like a big bowl and if the wind comes up you’ve got a find somewhere to go quick,” Purdy told CTV News.

The trip is a pilgrimage of sorts for many who are able to make the 40-kilometre journey.

Purdy’s preferred mode of transportation across the lake is a zodiac boat. Likely a good idea Purdy says, for those not accustomed to hours of canoe paddling. 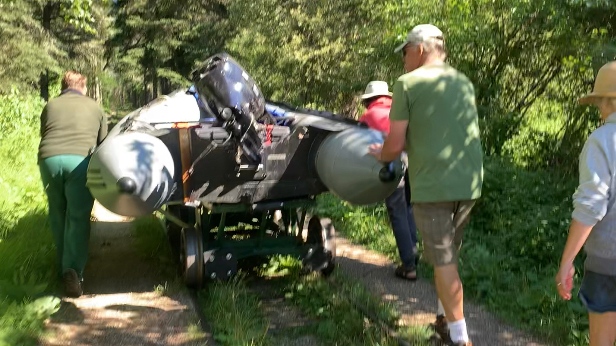 There’s also the option to hike around Kingsmere Lake; not for the faint of heart as it can’t be done in one day and is 33 kilometres one way. This version is commonly done with camping gear for overnight stays along Kingsmere lake.

Once across the lake then the final hiking portion begins to Grey Owl’s cabin.

This remote trail which is classified as “difficult” by Parks Canada winds through the forest for nearly 3 kilometres.

That is 45 minutes one-way for Purdy and his group.

“It’s part of the journey and experience of getting here and really taking it all in the history. The truths, the legends of Grey Owl’s story,” Mark Purdy said.

Running into others isn’t uncommon. Like Ella Ophir, who made the hike on foot and camped overnight on Kingsmere Lake.

“It seems very much a Saskatchewan thing to do and I’m originally from the west coast and it’s an excuse to hike. I like to hike when there’s a destination at the end,” Ophir said.

For some, the trip is about tackling the challenge of the remote backcountry trail and for others, it’s about the bonus of seeing firsthand where the conservationist known as Grey Owl, his Mohawk wife Anahareo and daughter lived and are buried just behind the cabin on the shores of Ajawaan Lake.

From Most to Least Wealthy

Understand the true nature of a foreign retirement product