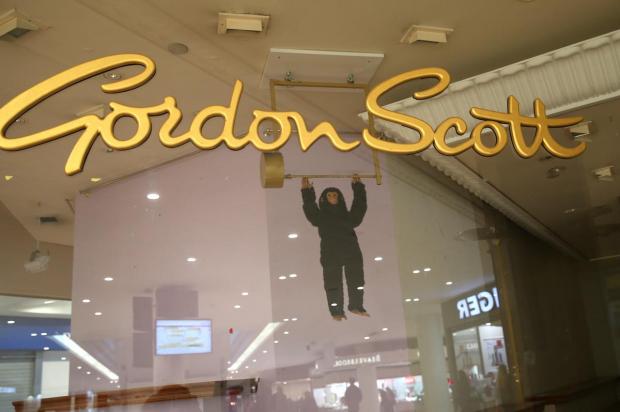 The closure of a much-loved shoe shop, tributes to Graham Taylor following his death the previous week, funding for a new rail link and drama in Watford as a live grenade is discovered were among the stories making headlines in the Watford Observer five and ten years ago this week.

‘End of an era’ as shoe shop closes after 50 years

A shoe shop that has served generations of customers for 50 years has closed its doors for the final time.

Gordon Scott in the intu centre is one of the town’s most established shops – it’s monkey window display has been a feature in the town since the 1960s.

But due to falling trade, the business – owned by Jones Bootmaker – closed the doors of its Watford branch for the last time on Saturday.

It means 17 staff members have lost their jobs.

Manager Sue Allard told the Observer the lease came to an end and would not be not extended.

She said: “I have been here for 21 years and am obviously gutted to see it go.

“I will be very sad to leave, we have had many happy years here.”

An artist’s impression of the Health Campus

Concerns are growing that the proposed redevelopment of Watford General Hospital is being overlooked in favour of new housing projects under the controversial Health Campus scheme.

According to the latest Health Campus newsletter sent out to neighbouring residents, “great progress” is being made on Trade City – the scheme’s first business zone – with a view to opening later this year.

Two housing developments totalling nearly 800 new homes are also detailed in the letter, and described as a “top priority”.

However there is a notable lack of information on the redevelopment of the hospital, a fact which has not gone unnoticed by one concerned Queens Avenue resident.

Valerie Blacklock said she was “aghast but not surprised” by the near total omission, although a passing mention of a new multi-storey hospital car park is given.

‘He was a true parent who put his children above everything else’: Former teacher pays tribute to Graham Taylor

Three Rivers Council chairman Andrew Scarth, who taught Taylor’s daughters Karen and Joanne at Queens’ School in Bushey, described him as a “true parent” who always “put his children above everything else”.

He said he was humbled every time Taylor visited the school. Despite having the reputation of a “great football manager”, Mr Scarth said Taylor was always modest and happy to be photographed with the students.

He said: “It never mattered how Watford Football Club were doing, Graham would always make time for his children.

“Even when Watford were competing in the FA Cup, he’d make sure he came to their parents’ evenings.”

Funding for the long awaited Croxley Rail Link has been agreed after years of planning.

The proposal is to close Watford Metropolitan Station altogether with the line being diverted from Croxley to Watford Junction. Between these two stops there will be two additional stations, Ascot road and Watford Hospital.

It is hoped the Croxley Rail Link will improve links between Watford and London. The aim of it is to improve transport links, increase the number of visitors to Watford town centre and boost the local economy. There will also be an extra station at Watford General Hospital due to the construction of a brand new health campus.

The new link will make it easier to travel in and around Watford whilst taking cars off the road which should result in less pollution! Another benefit of the proposed diversion is that 2,700 additional households will fall within an 800m catchment area of a station.

A mother has described how her family was dramatically evacuated when builders found a live hand grenade at a property in their Watford street.

Jessie Chopra was at home in Burton Avenue with her son and two young students who were being tutored by her husband when police knocked and told them to leave immediately.

The 43-year-old explained how she rounded up the household before they got into her car and drove a safe distance away.

She said: “The officers just said ‘get in your car and go’ – they kept telling us to get out of the house. The next door neighbours have two young children and they were getting their coats on but they found it more difficult to get away quickly.

“We weren’t panicking but when we were parked in Durban Road West we saw the bomb disposal van drive past. At that point it was quite exciting.”

A set of Watford bungalows, which were built in the 1930s to house wounded First World War veterans, has been recognised with protected architectural status.

Politicians on Watford Borough Council’s cabinet voted unanimously to make Macdonnell Gardens in Leavesden a conservation area at a meeting.

Proposals to protect the 12-home development, off the A405, came about after the council carried out the Watford Character Area Study, which looked at the town’s architectural heritage.

Since the close was built in the early 1930s it has remained a place for disabled and wounded members of the armed forces and their families.