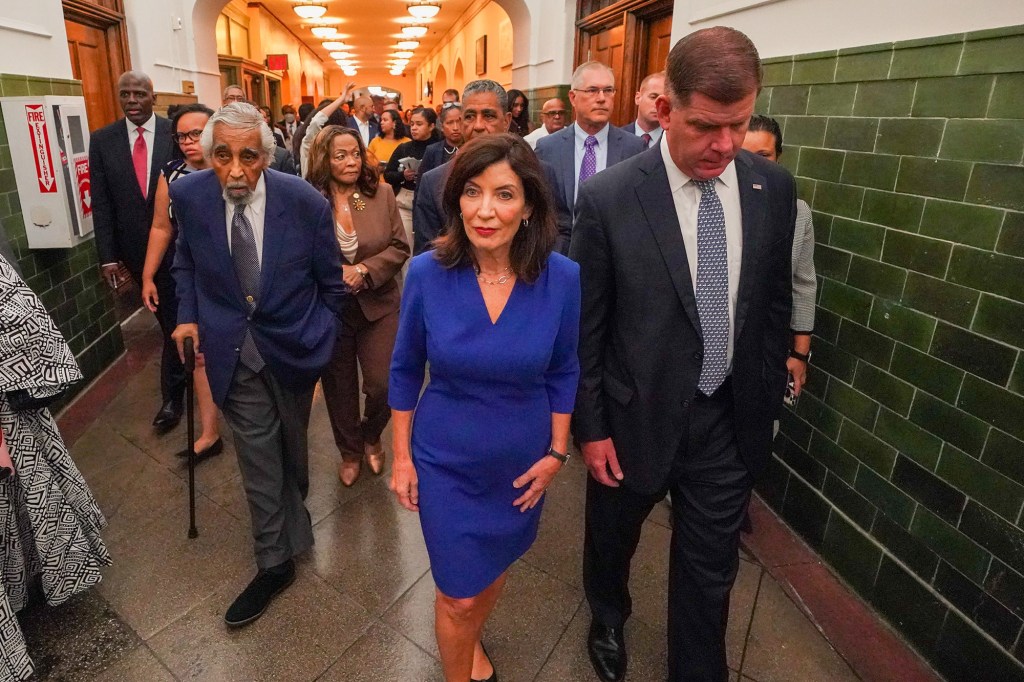 Republicans are accusing Gov. Kathy Hochul supporters of “dirty tricks” for sending voters pre-filled applications for absentee ballots — with COVID-19 already checked as the reason for voting remotely — in what appears to be a tightening race against Rep. Lee Zeldin ahead of the Nov. 8 election.

“No one should fill out that box, but the voter who’s requesting,” GOP state Chair Nick Langworthy said Monday about the voter outreach.

“It’s unconscionable and at the height of dishonesty and hypocrisy that Democrats are using the guise of COVID while we gather at concerts,” he added about what he called “dirty tricks and deceitful schemes” purportedly used by Democrats.

Still, it is legal in New York state for political parties or candidates to use publicly available registration records to fill in absentee ballot applications for voters to then sign and return to the state Board of Elections, election law experts told The Post Monday.

But Republicans allege that their rivals are stretching the spirit, if not the letter of the law, by using letterhead in their outreach materials that appears to mimic official forms used by local and state election officials.

The words, “New York State voter Assistance Program” appear at the top of one sheet of paper that accompanies the application alongside a letter that discloses the State Democratic Committee as the funder and source of the effort in a relatively small font.

“New York State Democrats sent out and paid for a mailer that was made to look like it is an official document from New York State and it was called the New York State Voter Assistance Program,” Langworthy said Monday.

State Democratic Party Chair Jay Jacobs did not immediately respond to a request for comment.

Absentee voting has increased dramatically since the beginning of the COVID-19 pandemic, with Hochul signing into law legislation in January enabling New Yorkers to use COVID-19 as an official excuse through the end of the year.

Recent election cycles have shown that the practice tends to benefit Democrats more than Republicans, especially following attacks on the practice by then-President Donald Trump in the run-up to his 2020 election defeat.

Absentee voting could give New York Democrats a similar edge in the 2022 gubernatorial race with polls released in recent days showing Zeldin as close as 6 points and as far as 15 points behind Hochul, who has a big fundraising advantage against Zeldin.

The Long Island Republican was a loyal supporter of Trump during his term in office, with Democrats now leveraging his votes against certifying the 2020 results in states like Pennsylvania against him along with a failed effort to get Zeldin on the Independent Party line for governor despite photocopied signatures from voters.

With the governor now ending the official COVID–19 state of emergency, Republicans are calling on her party to cease the push for absentee voting despite the political benefits for Democrats and the ongoing, though relatively low, risk of infection at the polls.

“This is the dirty use of a loophole in the election law and trying to do this in the name of COVID and public health I think is reprehensible,” Langworthy said.