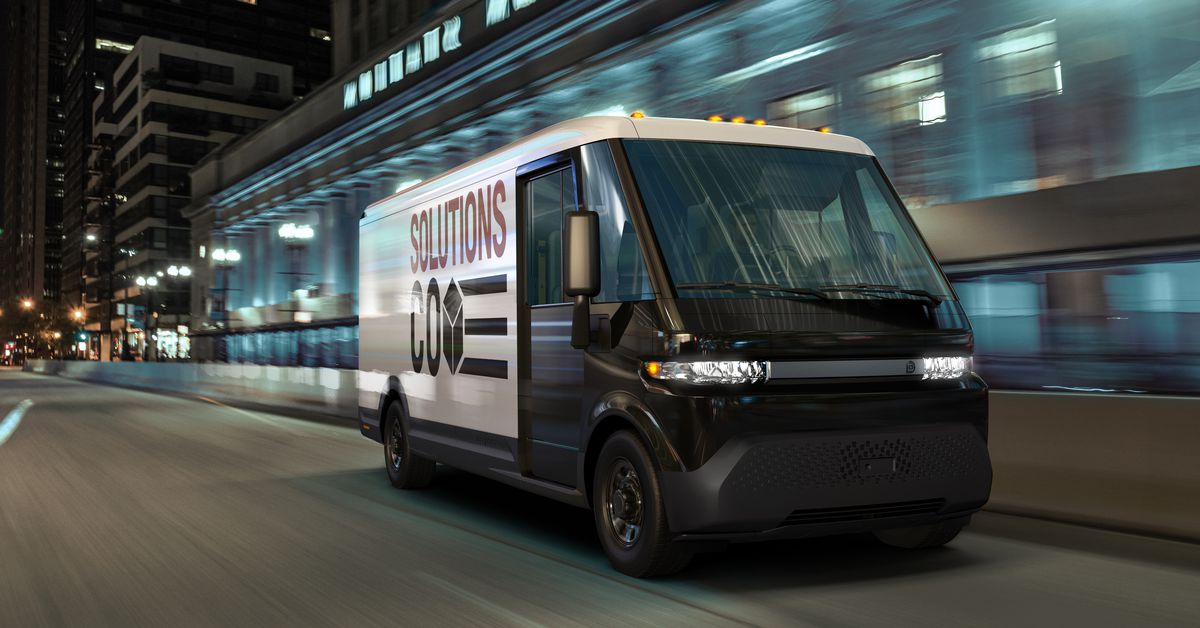 General Motors announced Tuesday it will be spinning out a new delivery and logistics business called BrightDrop, the first products of which will be an electrified pallet and delivery van. Both vehicles, which will be powered by GM’s Ultium battery platform, are slated for release this year.

The announcement of the new logistics business comes as GM is undergoing a massive, $27 billion pivot to the business of designing and manufacturing electric vehicles. For example, the company, which is the largest automaker in North America, just unveiled a new logo as part of an overall brand redesign. GM has been nipping at the heels of Tesla and other EV makers as it attempts to convince its investors that it has a firm grasp on the future of electric-powered transportation.

GM has been nipping at the heels of Tesla

BrightDrop will be a key piece of that pivot, in which hundreds of thousands of electric delivery vehicles are expected to hit the road in the years to come. GM envisions the new company “creating a one-stop shop, a complete ecosystem” for electric-powered delivery, including vehicles, software, and other services, said Pamela Fletcher, VP of GM’s global EV program.

The first vehicle to roll out with the BrightDrop branding will be a delivery pallet called EP1. The pallet, which can be used to transport packages from a delivery vehicle to a customer’s front door, will have an Ultium-powered electric propulsion that will allow a top speed of 3 mph. Packages can be secured within the EP1 pallet, which comes with adjustable shelving and lockable cabinet-style doors. In addition, EP1 can carry up to 23 cubic feet of cargo and will have a payload capacity of 200 pounds.

Fletcher says that the EP1 is meant to address the problem seen with package delivery today, in which “packages are often strewn on city sidewalks,” haphazardly and unsecured. “We saw this as a solution to create a completely different environment for delivery,” Fletcher continued, “really to help package touch points, reduce errors, reduce physical strain on those delivering the goods, help optimize curb time, and help reduce overall operational costs for businesses.”

The EP1 will go into production in “early 2021,” Fletcher said. Following that will be the EV600, a 250-mile range delivery van with 600 cubic feet of cargo space and a gross vehicle weight rating of 10,000 pounds. It will have a peak charge rate of up to 170 miles per hour when hooked up to a 120kW DC fast charger. That vehicle will go into production in late 2021, with the first vehicles to be delivered by the end of the year.

The BrightDrop EV600 will include a security system with motion sensors to help keep the cargo area secure. Other features include front sliding pocket doors, wide cabin walkways, and a large auto-open cargo bulkhead door. The commercial vehicles will come with a number of advanced driver assist features, including blind spot detection, lane keep assist, and front and rear parking assist. A fairly sizable 13.4-inch digital infotainment screen is sure to be the centerpiece of the interior.

FedEx has expressed interest in buying an unspecified number of EV600 delivery vans, said Fletcher, who also alluded to several other unnamed interested customers. “We have letters of intent signed from a number of other customers, and we want to be talking to you about those in the not too distant future,” she said. Fletcher declined to reveal the suggested retail price for the EP1 and EV600.

BrightDrop is also offering a range of software to customers who purchase its new commercial vehicles. This will enable customers to track the location of each EP1 pallet, remote lock and unlock each pallet, and monitor battery status. EV600 will also get battery status and location monitoring features, as well as driver safety coaching and incident recording, remote diagnostics, safety alerts and predictive maintenance insights, and over-the-air updates.

Rumors of a GM-made electric delivery van, nicknamed “BV1,” first surfaced last year, after the company unveiled its Ultium EV platform along with plans to roll out two dozen new electric vehicles over the next few years.

GM has found success with its Chevrolet Express and, to a lesser extent, GMC Savana cargo vans. But it’s far from the only company working on an electric van. Mercedes-Benz is making an electric version of its popular Sprinter van, while Ford recently revealed the E-Transit with 126 miles of range and a $45,000 price tag. Amazon is working on an all-electric delivery vehicle with the EV startup Rivian. Two other startups recently unveiled electric vans: Bollinger with its Deliver-E and Canoo with its scalable vehicle, both due in 2022.