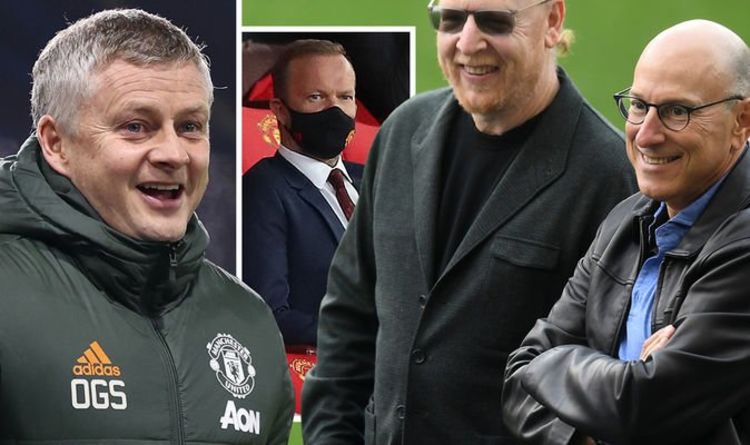 It’s been a rollercoaster season for Manchester United and it’s easy to forget that twice this campaign Ole Gunnar Solskjaer has found himself under significant pressure regarding his future.

Solskjaer, who has constantly faced criticism during his two years at United, and was first repeatedly quizzed about his role after back-to-back defeats to Arsenal and Istanbul Basaksehir at the start of November.

United’s first Old Trafford loss to the Gunners since 2006 left United in 15th on just seven points from their first six Premier League matches. Leaders Liverpool had 16 from seven games.

Going into their clash with Everton at Goodison Park the following weekend, Solskjaer’s future was the subject of widespread speculation with some suggestions another defeat could end his tenure.

But a Bruno Fernandes-inspired 3-1 comeback win on Merseyside eased the pressure, as did what would be a four-game winning streak across all competitions after that victory.

But defeats to Paris Saint-Germain and RB Leipzig in December consigned United to an early Champions League exit at the group stage and questions were again asked of Solskjaer’s suitability for the role.

The word coming from the club was clear, that Solskjaer was not going to be sacked any time soon and that the owners the Glazers and executive vice-chairman Ed Woodward were full of confidence in the Norwegian.

Woodward said in November that the club “remain absolutely committed to the positive path we are on under Ole as the team continues to develop”.

And in December even after their exit from Europe he added: “The team has coped well in challenging circumstances while playing behind closed doors.

“Indeed, at the time of writing, we have won more points-per-game since Project Restart last June than any other Premier League club. We also have four more wins and nine more goals than at the same time last season.

“There are many positive statistics like these showing the progress made under Ole in the past year.

“But they tell only part of the story. Just as important is the work we see being done behind the scenes to build a winning culture consistent with the club’s traditions of attacking football played by youthful, hard-working teams fusing homegrown talent with top-class recruits.”

Woodward signed off: “As always, our priority is to win trophies and, with the team going into the new year competing on four fronts, we are optimistic about the path ahead in 2021.”

And despite disappointment in the Champions League and another Carabao Cup semi-final loss to Manchester City, the fourth successive semi-final in which United have lost under Solskjaer, the United top brass are being rewarded for sticking to their guns.

Mauricio Pochettino, now in charge of PSG, was available and many felt it necessary that the Argentine be appointed for United to become a title-winning team again.

United relented against bringing in the highly-rated former Tottenham manager though and Solskjaer must be given credit for how United have dealt with the hammer blow of an early European exit and confidence is coursing through their veins at present.

The patience of the United hierarchy is beginning to pay dividends, at least in the league, with United restored to the summit of the Premier League table for the first time in eight years.

Victory at Anfield this weekend would not just underline but bolden and cap up United’s title credentials, given the Reds are unbeaten in the league at home since April 2017.

But provided United do not suffer an emphatic defeat at the reigning champions, the Red Devils are making it clear they are ready to have a real say in the title race as they bid for a first triumph since 2013.

Unbeaten in their last 11 league games and without a loss away from Old Trafford in the top flight since travelling to Anfield 12 months ago, Solskjaer’s charges have proven they can put together runs of form to keep themselves in the mix.

Things in this most frantic of campaigns can change quickly but United are on track, as they’ve proven in the recent months of this season and in their form across 2020 as a whole, to at least be in the hunt come May.

And keeping Solskjaer and resisting the urge to go for Pochettino has been vital to United’s surge up the table. The players are clearly enjoying themselves under the former striker and they are sensing a real opportunity in what is a hectic season.

What a story it will be if they go on to make the most of it.

DD vs FBA Match Prediction Who Will Win Today Bangladesh…