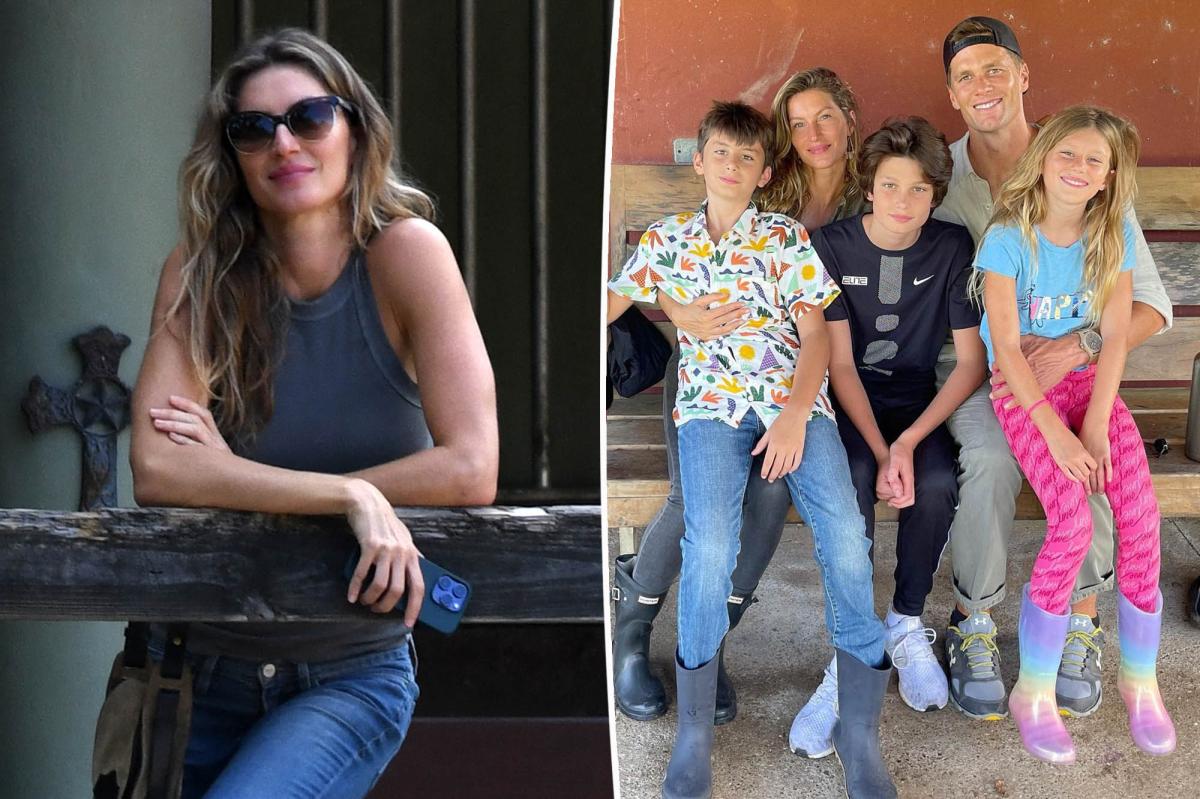 After Page Six revealed that Tom Brady toured a private Miami school (which we’re not going to name) as an option for their kids, a source tells us Gisele Bundchen also went in to take a look on her own.

“She came in first and then he came at another time,” says a source.

The private school is a favorite amongst the elite set. It runs more than $45,000 for high schoolers.

Our source tells us, however, “It’s not [very] academic. It’s like a country club for rich kids.”

Brady and his model ex divorced Oct. 28 divorce and share custody of their kids.

The Miami school tour adds and interesting aspect to speculation about Brady’s careers plans. According to reports, Brady seems unlikely to sign up for a fourth season with the Tampa Bay Buccaneers. The interest in the Miami high school could lend credence to rumors that he could be a candidate to join the Miami Dolphins, or that he could retire and settle in the southern city, where he has a home.

Either way, he’s clearly sick of people asking him his career plans. He told interviewer Jim Gray on the “Let’s Go!” podcast this week, “If I knew what I was gonna f***ing do, I’d have already f***ing done it. OK? I’m taking it a day at a time.”

In December 2020 the former couple bought a $17 million home in Indian Creek, Jared Kushner and Ivanka Trump’s neighborhood known as the “billionaires bunker.” The New York Post reported in October that construction had been halted.

In April 2020, Brady opened up about his marriage to Bundchen on “The Howard Stern Show,” saying, “A couple of years ago, she didn’t feel like I was doing my part for the family,” during football season and then after when he was attending to business activities.

Reps for both Bundchen and Brady didn’t get back to us.

Denial of responsibility! My droll is an automatic aggregator of the all world’s media. In each content, the hyperlink to the primary source is specified. All trademarks belong to their rightful owners, all materials to their authors. If you are the owner of the content and do not want us to publish your materials, please contact us by email – [email protected]. The content will be deleted within 24 hours.
celebrity divorcescelebrity exesGisele BundchenMiamiTom Brady
0
Share

Two of the Oscars Best Picture nominees were directed by Canadians