“Giannis’ desire on a nightly basis is greater” 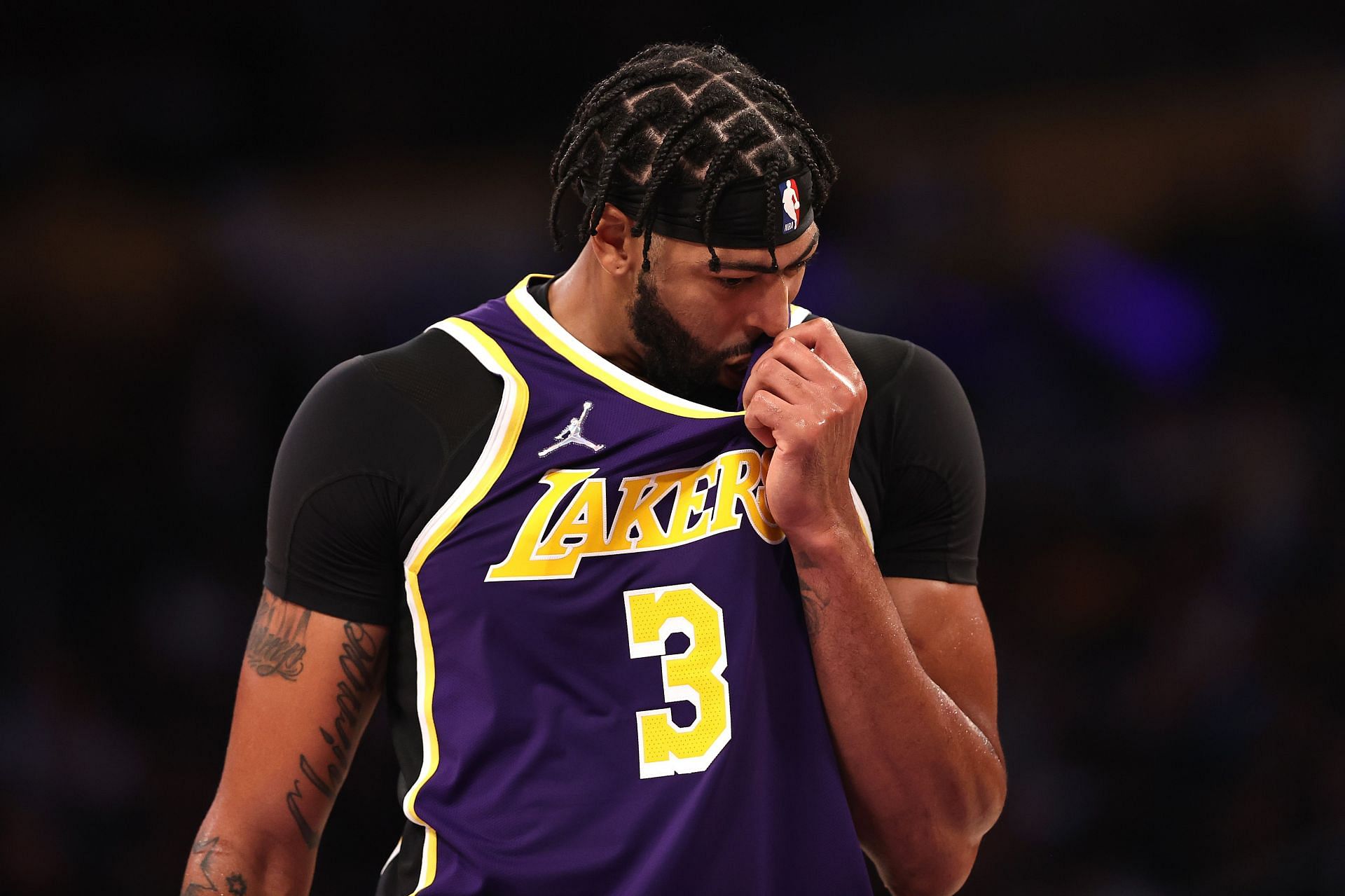 Anthony Davis is in his ninth NBA season and has had a fantastic career with a Finals MVP, eight All-Star appearances, four All-NBA and All-Defense honors. Despite all that, Davis’s career has been up and down, and it seems like he has yet to reach his full potential.

Shannon Sharpe of Fox Sports show UNDISPUTED believes that it all comes down to Anthony Davis’s desire. Sharpe is a retired NFL tight end who, as a sports analyst, has loved to support LeBron James and the Los Angeles Lakers.

“You can’t tell me that Giannis is more talented than Anthony Davis is. But Giannis’s desire on a nightly basis is greater. Sometimes that is what it comes down to.”

.@ShannonSharpe: “You can’t tell me Giannis is more talented than Anthony Davis. But Giannis’ desire on a nightly basis is greater.”

@RealSkipBayless: “Agreed. If I could pour Westbrook’s energy into AD, you’d have MVP every year.”

.@ShannonSharpe: “You can’t tell me Giannis is more talented than Anthony Davis. But Giannis’ desire on a nightly basis is greater.”@RealSkipBayless: “Agreed. If I could pour Westbrook’s energy into AD, you’d have MVP every year.”Shannon: “He’d be Tim Duncan.” https://t.co/91Bk1rEPQ8

Sharpe has been one of the biggest advocates for the Lakers for the last few seasons, so it is a surprise to hear him say something like this. Giannis Antetokounmpo plays with amazing energy every night and that is what makes him an MVP, and Davis needs that.

Sharpe would even go on to say later in the debate,

Sharpe isn’t wrong. There have been too many games, especially this season when Davis has seemed passive, and as big as an inch under seven feet tall would get less than eight rebounds. That can’t happen when you are one of the best players in the league. Davis needs to play up to his previous standards every night if the Lakers want to win another NBA Finals.

Anthony Davis is undeniably one of the best players in the NBA, and at times has been one of the most dominant. He can be a menace in the paint on both ends of the court, blocking any shot that comes his way, but get any bucket he wants at the other end.

At times, he has shown a lack of effort, but injuries also played a role, along with starting his career with a franchise that couldn’t build around him. In his career, Davis has averaged 23.9 points, 10.1 rebounds, and 2.3 blocks per game.

Even though he has been on multiple All-NBA and All-Defense teams, he has voiced wanting to win a Defensive Player of the Year award. But Davis never seems to put together a season to get him one.

While with the New Orleans Pelicans, Davis was the leading man and had been perfect for individual success. In three consecutive seasons, Davis managed to score over 27 points per game, one with the Lakers, in which they won the NBA Finals that season.

The key for the Lakers is Anthony Davis. Last season he struggled with injuries and on the court, and it seems like he hasn’t fully recovered. If Davis can get back to his 27.3 points and 9.7 rebounds that he averaged the season the Lakers won the championship, the Lakers season could completely flip.

6 things you need to know