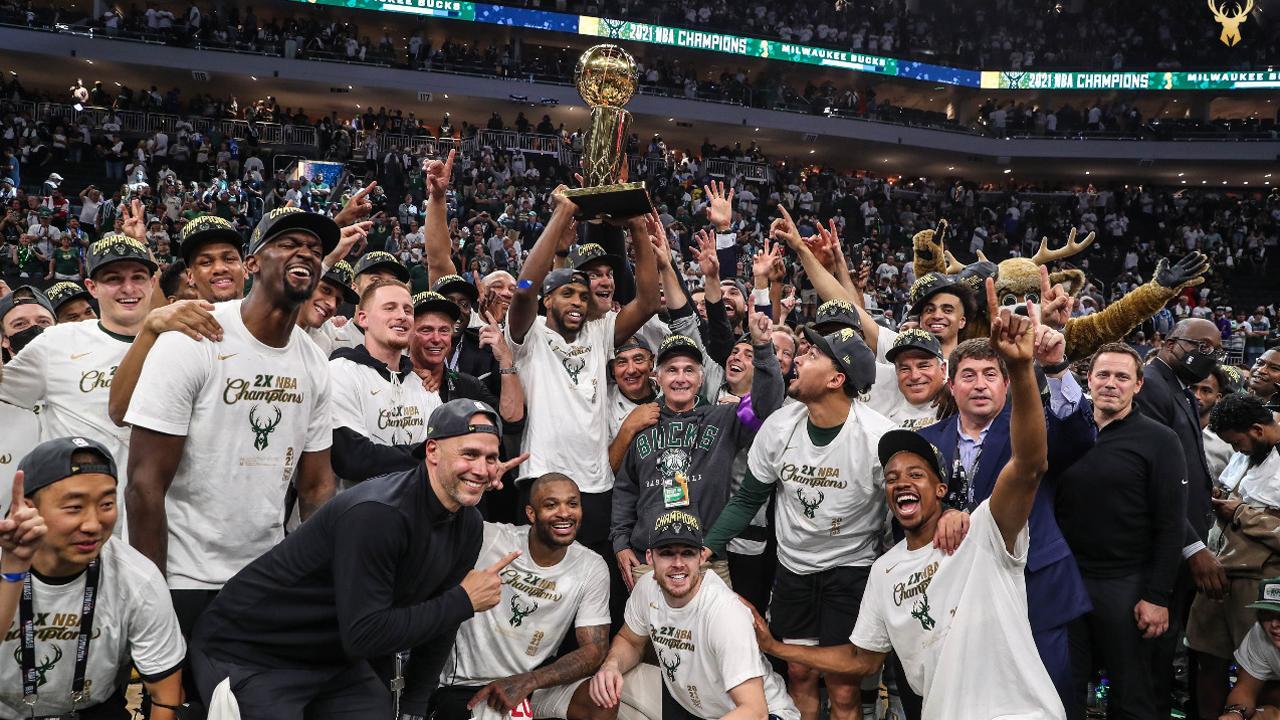 “Let’s make these years count. The show goes on, let’s get it,” Giannis Antetokounmpo said after signing a multi-year extension with Milwaukee Bucks in December last year. Circa July 2021, Antetokounmpo makes it count and gets it too.

At the back of his mammoth 50-point, 14-rebound, and five-blocks game, the Bucks were crowned NBA Champions for the first time in 50 years beating the Phoenix Suns 105-98 in Game 6.

The Greek Freak put up a masterpiece in a championship-clinching game that showcased what he is capable of and rightfully earned him Bill Russell Finals MVP. He became the first player in Finals’ history to have a 50-point, 10-rebounds, and 5-block performance and also joined LeBron James, Rick Barry, Jerry West, Michael Jordan, Elgin Baylor, and Bob Pettit as the only players to have 50-points in an NBA Finals game. He and Pettit are the only two players to have scored 50-points in a championship-clinching game.

On a day where he could do no wrong, Antetokounmpo drained 17 of his 19 attempts from the free-throw line, swatting away the most talked about chink in his armour. With less than 20 seconds left in the game, Deer District’s favourite son egged the home crowd to bring the Fiserv Forum down and celebrate the 50-year wait.

It wasn’t a lopsided affair though as both the sides were tied going in the final quarter. Bucks sealed the deal outscoring the Suns 28-21 in the fourth as four other Bucks players tallied double figures including 17 from Khris Middleton, 12 points and 11 assists from Jrue Holiday, and 16 off the bench from Bobby Portis. Chris Paul led the way with 26 points for the Suns, Jae Crowder had 15, while Devin Booker managed 19.

Coach Mike Budenholzer gave credit to Antetokounmpo and Khris Middleton for the team’s historic run. “I am so blessed to work with Giannis every day. He is a more amazing human being than a basketball player. I have learned so much from him. His leadership, Khris’s leadership, they built this.”

The newly crowned Finals MVP couldn’t stop raving about Middleton, his teammate since 2013, “Khris, we did it man. We did it,” said Antetokounmpo. “This guy doesn’t really know how much he pushed me. He pushes me every day to be great. I am happy I can step on the floor and play with this guy. I am happy to have done it with him, with my team and I am happy to have done this for this city.”

The Suns got off to a hot start this series taking a 2-0 lead. However, the Bucks bagged four straight to let the Suns continue their search for the elusive NBA Championship.

Also Read: Our aim was to play till the last over: Bhuvneshwar on partnership with Chahar

Denial of responsibility! My droll is an automatic aggregator of the all world’s media. In each content, the hyperlink to the primary source is specified. All trademarks belong to their rightful owners, all materials to their authors. If you are the owner of the content and do not want us to publish your materials, please contact us by email – admin@mydroll.com. The content will be deleted within 24 hours.
Bucks vs SunsDevin BookerGiannis AntetokounmpoKhris MiddletonMilwaukee BucksMilwaukee Bucks vs Phoenix SunsNBANBA champions
0
Share

Sainsbury’s: Supermarket urges customers to shop ‘one adult per household’

Fighting India women lose 1-2 to Argentina in Olympic hockey semifinal; to fight for…