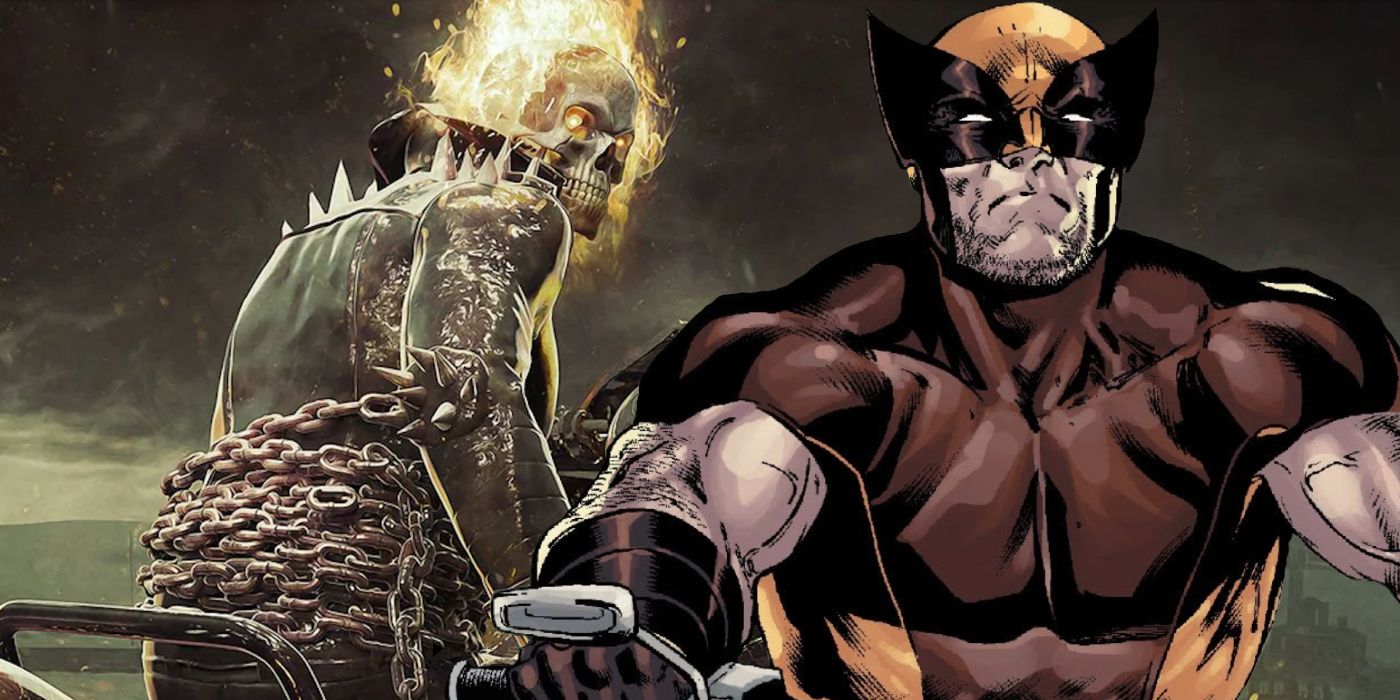 Wolverine will have a major role in Marvel’s Ghost Rider #6, but writer Benjamin Percy says the X-Men character will continue to play into the series even beyond that.

Speaking with CBR in an exclusive interview, Percy was asked about Wolverine’s presence in the ongoing Ghost Rider series and what made him want to write a Johnny Blaze/Logan team-up. “I wanted Ghost Rider to feel abandoned at first,” Percy answered. “He’s been gone for a long time, and nobody came looking for him (except, we learn, Zeb, the magician). So he has a loner sensibility to kick off the series and acts like a wandering ronin, a drifter struggling with his own demons. But readers like to see connectivity, so of course, I’m going to bring in other players in the 616. Since I’m also writing Wolverine, their difficult history and friendship are going to play a role in the series — not just in Issue 6. There’s a hell of a lot more Logan coming down the highway.”

RELATED: Ghost Rider Is About to Unleash His Ultimate Form

In Ghost Rider #5, Johnny/Ghost Rider found himself in the middle of a motorcycle rally featuring guests from all across the Marvel Universe, including Wolverine, Doctor Doom, Man-Thing and more. The issue reveals the rally is actually a “recruitment gathering” organized for Marvel character who would “gladly deliver [themselves] right to the devil.” When Johnny is thrown off his bike, he’s saved by Wolverine and the two work together to end the race. At the end of the issue, Blackheart is revealed to be the one seemingly behind all the madness.

Percy also spoke on the return of Blackheart, who is the son of Mephisto. “You can think of Mephisto in the same way,” he explained. “He’s the biggest Ghost Rider villain, and that can be problematic in the same way that Joker is problematic to Batman — in that so many runs immediately go to boss-level. I prefer a slower burn, and I also want to give other villains the opportunity to rise up and have their moment. You’ll see that in Wolverine and X-Force in my treatment of Omega Red. I’m handling Blackheart in much the same way. You’ll even learn, as the series progresses, how his motivation ties back into earlier canon.”

Ghost Rider #6 releases on Sept. 7 from Marvel. Coming from Percy, artist Brent Peeples, colorist Bryan Valenza, letterer VC’s Travis Lanham, cover artist Kael Ngu and variant cover artists Björn Barends and Leonardo Romero, the synopsis for the issue reads, “There’s somebody else out there who knows what it means to suffer – to feel sickened by the pain and suffering they’ve inflicted on the world – and his name is Logan. After the motorcycle rally at Hell’s Backbone, Wolverine and Johnny Blaze are brought together, but will they race forward as enemies or allies in the war against the shadow country?”

A year later, the Huntington Beach oil spill still is being…

Dear Abby: Husband shows no remorse for his second affair