“Get more players in”, “Can he play striker?” 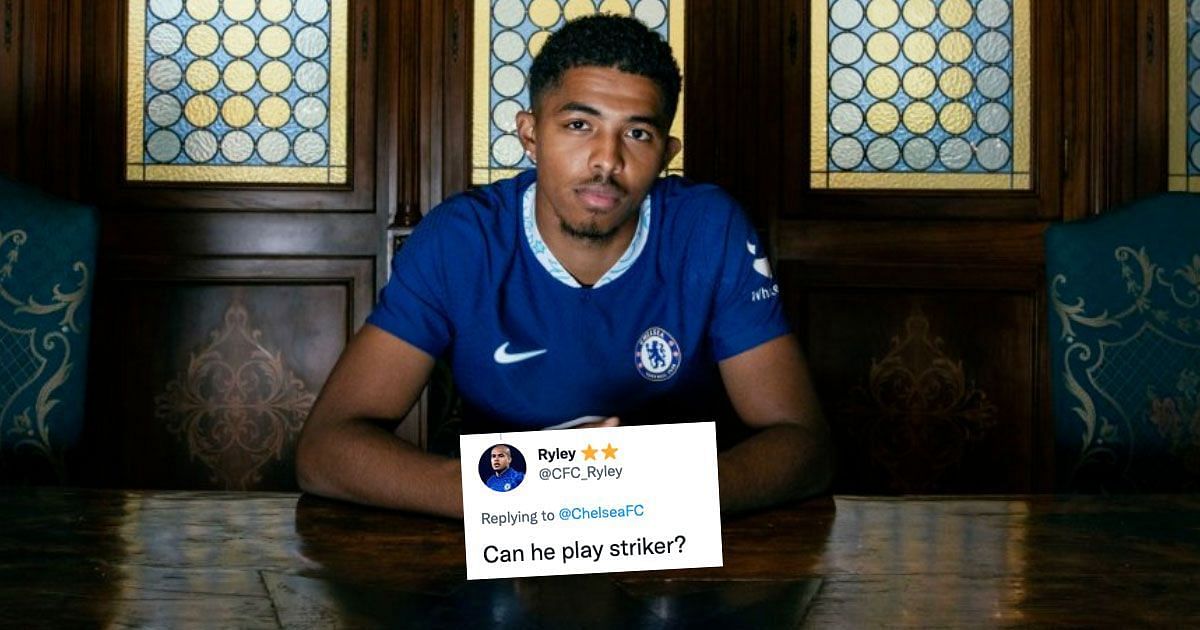 Chelsea fans have taken to social media to express their thoughts after the Blues confined the signing of Wesley Fofana from Leicester City.

Chelsea have announced the signing of Fofana from Premier League rivals Leicester. They have forked out an initial sum of £70 million to acquire the centre-back’s services.

However, the 21-year-old’s arrival does not seem to have lightened the mood among Chelsea fans much. The London giants have spent well over £200 million this summer, but supporters believe the club need more signings.

Here is how a section of the Blues faithful reacted to Fofana’s signing:

@ChelseaFC Warra 3 Points for us against Southampton. Get more players in. A Striker and a midfilder at least

@ChelseaFC Warra 3 Points for us against Southampton. Get more players in. A Striker and a midfilder at least

“It’s funny how you all keeping buying defenders when all we need is [a] striker.”

@ChelseaFC It’s funny how y’all keep buying defenders when all we need is STRIKER ????

Another fan stressed the need for the Blues to sign four more players before the transfer window closes tomorrow (September 1), writing:

“Love it guys, we can’t stop here. We need two more attackers, [a] midfielder and [a Reece] James backup.”

It remains to be seen if Chelsea fans will have their wishes granted before the transfer deadline. However, the Blues are, in fact, in the market to sign at least one forward after completing Fofana’s transfer.

Thomas Tuchel’s side have been heavily linked with a move for Barcelona’s Pierre-Emerick Aubameyang in recent days. There have been suggestions that a €25 million deal is close to being agreed for the 33-year-old.

The Stamford Bridge outfit are hopeful of getting a deal for Aubameyang across the line before the window closes. However, it is unclear whether they will make further additions to their squad.

Chelsea have made a poor start to the season

The Blues’ poor start to the 2022-23 season has only added to the fans’ frustrations. The London giants have won only two of their five Premier League matches so far.

Tuchel’s side currently sit eighth in the table with seven points, having drawn one and lost two games. Their latest defeat came at the hands of Southampton at St. Mary’s on Tuesday (August 30).

Raheem Sterling opened the scoring for the visitors just 23 minutes into the game. However, Ralph Hasenhuttl’s side went on to claim the win thanks to goals from Romeo Lavia and Adam Armstrong.

Chelsea will now be looking to bounce back from the defeat when they host West Ham United on Saturday (September 3).