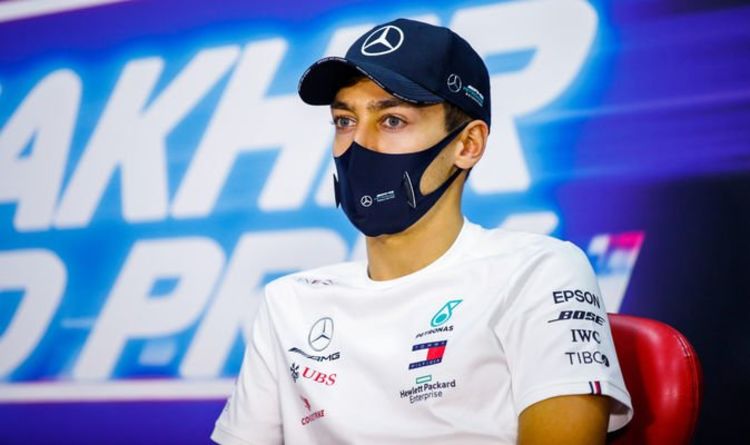 George Russell can earn a Mercedes seat if he has a strong season with Williams this year but the 22-year-old is refusing to think of the riches which may be waiting around the corner.

Russell jumped to the front of the queue at Mercedes after stepping in for Lewis Hamilton at the Sakhir Grand Prix.

The young Brit’s Williams contract expires at the end of the season and there is a strong possibility he could move on.

Mercedes are locked in contract talks with Lewis Hamilton and some reports suggest they only want to give him a one-year extension.

Valtteri Bottas’ contract is also due to expire at the end of the year.

Should the Silver Arrows ditch either of their star men then Russell would be in line for a big promotion.

However, the Williams ace does not want to think that far into the future.

“No, they’ve [Mercedes] not said what I need to do,” Russell told Autosport. “At the moment I’m just respectful to everybody at Williams and I will just be giving my absolute all for that team, as they have done for me for the last two years.

“I don’t like to think about the future. This sport changes incredibly quickly, people’s perception of drivers – your reputation [can change fast]. And outside factors, as we’ve seen [can come into play].”

Russell went into the 2020 season just hoping to score the first F1 points of his career.

Those did not come until he stepped into a Mercedes as he finished ninth at the Sakhir Grand Prix – albeit he would have won the race had it not been for a horrific double-stacked pit stop and late puncture.

“Nobody could have predicted the events that happened,” Russell reflected.

“We’d spoken about this in the past and it was a ‘no go’.

“But fortunately, the new owners were very open, and they wanted to give me that opportunity. Potentially, to see how I would perform as well.

“So I didn’t even think that possibility [was realistic] even if Lewis or Valtteri [Bottas] were to miss a race. I didn’t think it would be possible anyway.”

15 Movies Like White House Down You Need To See