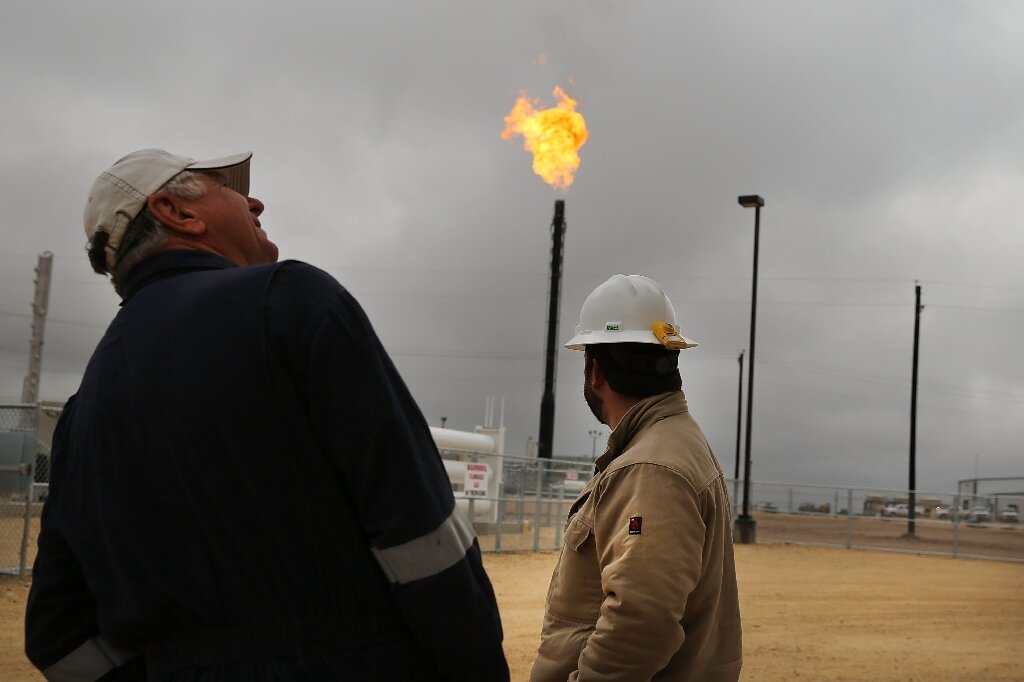 Flaring—burning off unwanted natural gas from oil and gas wells—releases five times more of the potent greenhouse gas methane into the atmosphere over the United States than previously assumed, according to a study published Thursday.

The result is a far greater impact on climate change, with the warming potential between the stated and actual effectiveness of flaring across the United States equivalent to putting 2.9 million more cars onto the road each year, the paper in Science said.

A team led by Genevieve Plant at the University of Michigan carried out airborne sampling over the Permian Basin and Eagle Ford Shale in Texas, as well as the Bakken Formation that straddles North Dakota and Montana. These together account for 80 percent of US flaring.

“Over the course of our airborne survey, we sample around 300 distinct flare stacks throughout the highest-flaring regions in the US.”

The fossil fuel industry and US government work on the assumption that flares remain lit and destroy methane, the predominant component of natural gas, with 98 percent efficiency.

But according to the study, a combination of unlit flares and some flares that were burning highly inefficiently meant that on average, flares destroyed just 91.1 percent of methane.

That implies methane emissions from flaring in the United States, which ranks among the top five nations for flaring activity, are five times as high as currently officially reported.

Digging deeper into the numbers, the team found that most flares actually operate at 98 percent efficiency.

But a modest number of malfunctioning flares operate at efficiency as low as 60 percent, and 3-5 percent of flares are unlit—directly venting unburned gas into the atmosphere.

Flaring is an inherently wasteful activity—as the natural gas associated with oil extraction could be used for productive purposes.

The amount of gas that is currently flared each year—about 144 billion cubic meters—could power the whole of sub-Saharan Africa, according to the World Bank.

Gas is flared for various reasons. Sometimes it is done for safety, since the extraction process deals with high pressures that can cause explosions.

At other times it can be economic—when, for example, the target is oil and the associated gas isn’t considered worth bringing to market.

“From anecdotal conversations with industry experts, one potential reason flares may be unlit is due to high wind events and then the flares remain unlit until noticed by the operator if re-igniting systems are either not installed or not working,” said Plant.

The team suggested a number of solutions, key among them: reduce the total volume of flaring activity, increasing flare efficiency, and reducing the number of unlit flares.

Technology solutions can also be deployed, such as re-injecting gas back into oil reservoirs, which is common practice in Alaska.

“Other proposed alternatives to flaring include using the gas to power equipment on-site, as well as storing it, either compressed or liquefied form, for later energy use,” said Plant.

In a related commentary, authors Riley Duren and Deborah Gordon said the findings had important health implications for the half million people who live within five kilometers (three miles) of the three basins studied.

“Unlit and partially combusted flares have the potential to expose front-line communities to a cocktail of co-pollutants that present risks of acute and/or chronic health impacts,” they said.

Methane is a potent greenhouse gas, with more than 80 times the warming power of carbon dioxide over the first 20 years it enters the atmosphere—though carbon dioxide has greater staying power.

Because of this, more than 120 countries have signed a Global Methane Pledge to cut emissions by 30 percent by 2030.

Flaring allows more methane into the atmosphere than we thought

The House of Da Vinci 3, Blue Brain Games’ 3D puzzle adventure, is out now on Android after iOS release