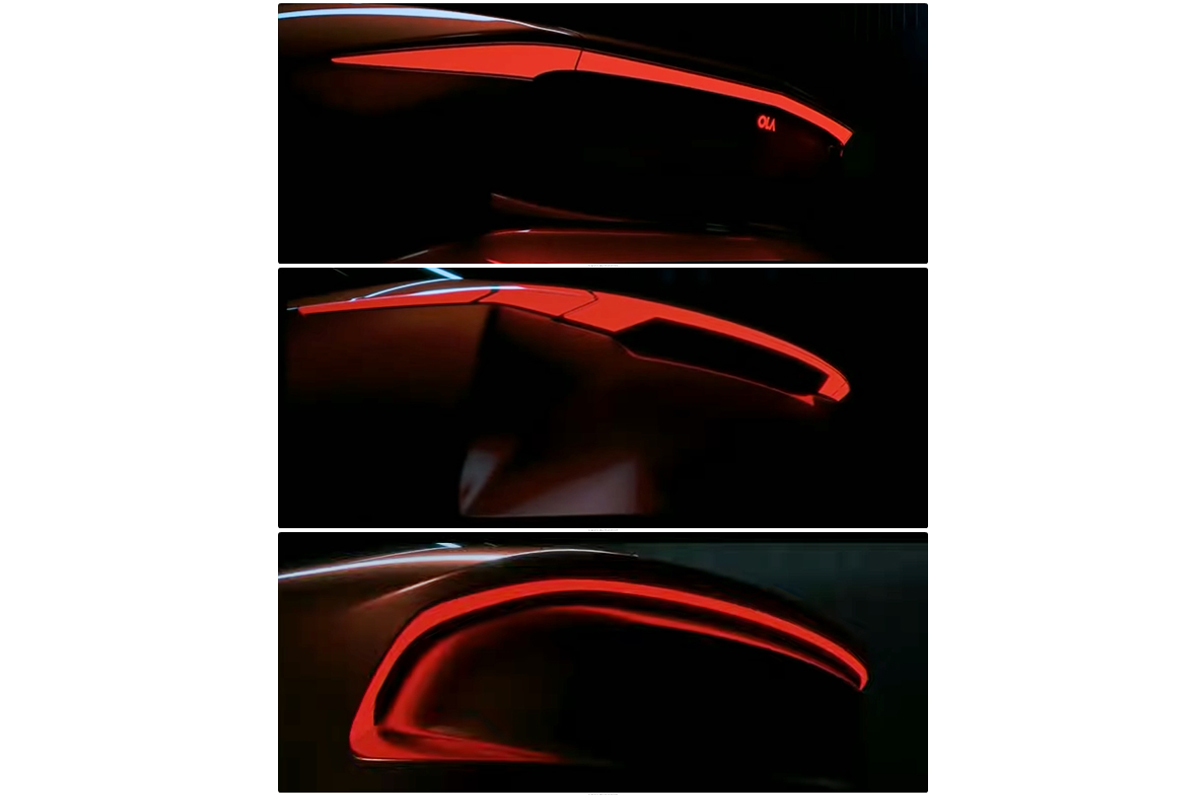 All three cars will be sedans; Ola will follow a minimalist yet futuristic design.

Ola has released teasers of its upcoming electric cars, in line with our magazine scoop. CEO Bhavish Aggarwal’s tweet corroborated our news, and, at a customer event in Ola’s Futurefactory on Sunday, the company teased three electric cars in greater detail, giving us a hint of what to expect in terms of the design language for their four-wheeler project.

Ola electric cars likely to have a futuristic design

Much like the Ola S1 and S1 Pro scooters, it looks like Ola will be following a minimalist but futuristic design for their upcoming cars, all of which appear to be sedans. The first car that was teased has a low bonnet and headlights with a wraparound effect. The rear portion hints at a stubby boot with Kia EV6-like full-length tail-lights.

The second car also has a wraparound effect for the front lights, but features twin-units for the headlamps and aggressively styled front bumpers.

The third car features a single bar for the front lights and a different design for the tail-lamps. Other teaser images show a sedan with a swooping roofline.

Ola has not revealed any details about their upcoming electric cars, however, we can confirm from our source that Ola’s first electric car will get a large battery – approximately 70-80kWh in capacity – and, as a result, will have a long range. It remains to be seen if Ola would use the same battery pack for their other models.

Our sources tell us that the production of the first electric car is scheduled to commence as early as end-2023. The bigger battery pack and its positioning as a ‘large sedan’ means that the Ola electric sedan is unlikely to be cheap, and we expect prices to be around the Rs 25 lakh mark.

Shabaash Mithu Trailer: Taapsee Pannu hits the ball out of the park as Mithali Raj