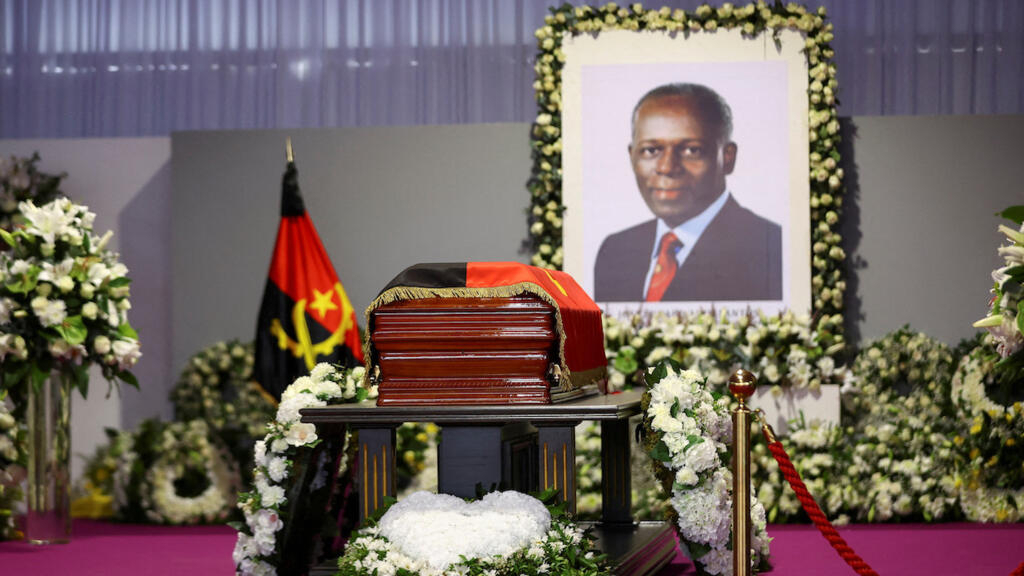 Amid post-election tensions, Angola held a funeral on Sunday for long-serving ex-leader Jose Eduardo dos Santos, who died in Spain in July but whose burial was delayed by a family request for an autopsy.

Dos Santos died in a clinic in Barcelona on July 8 at the age of 79. His funeral was taking place days after an election that appeared to have returned his MPLA party to power but whose results have been disputed by the opposition.

Dos Santos and his family dominated Angolan politics for the 38 years that he ruled until 2017. His once Marxist party, the People’s Movement for the Liberation of Angola (MPLA), in power for nearly five decades, looks certain to have won Wednesday’s poll.

His rule was marked by a 27-year on-off civil war against U.S.-backed rebels from the National Union for the Total Independence of Angola (UNITA), who he defeated in 2002. The country also enjoyed an oil-fuelled boom, but more than half the population of more than 30 million live in poverty.

“Today we pay tribute to the former president for the contribution he made to the nation as the Architect of Peace,” Social Affairs Minister Carolina Cerqueira said, using the honorific title dos Santos earned for ending a conflict that killed half a million people.

Heads of state and senior ministers from around the continent, as well as the president of Angola’s former colonial ruler Portugal, Marcelo Rebelo de Sousa, attended.

The presence of foreign VIPs enabled authorities to seek to head off possible protests over the disputed provisional results, which gave the MPLA and President Joao Lourenço a 51% majority while UNITA, now the main opposition group, got 44.5%.

The national police force said that due to the state funeral, citizens intending to organise activities should “contain themselves out of respect for the former head of state,” according to a statement reported by the Lusa news agency on Saturday.

UNITA’s leader, Costa Junior, has rejected the election results, and there have been sporadic protests that were quickly shut down by police.

The electoral commission has repeatedly said the process was fair and transparent.

Although he was handpicked by Dos Santos to succeed him, Lourenço moved quickly to probe allegations of multi-billion dollar corruption and nepotism during the former president’s era. Those investigations landed dos Santos’ son in jail and saw assets linked to one of his daughters, Isabel, frozen. Both have denied wrongdoing.

The former president’s eldest daughter, Tchize, who had requested the autopsy in Spain that delayed the return of her father’s body until last weekend, added her voice to accusations by opponents of the government that the timing of the funeral was a deliberate distraction.

“The funeral is shameful … because it is trying to hide what many people are calling a scandalous (election) fraud,” she said in an audiotaped message on her Instagram account.

The authorities did not respond to a request for comment.

Angolans who remember the war credit Dos Santos both with bringing stability and willingly stepping aside to maintain it.

However, 60% of Angola’s population are under 25 and so have no memory of the war. Many of these youths are furious at being left out of decades of growth, a factor that helped UNITA achieve its best election result yet.