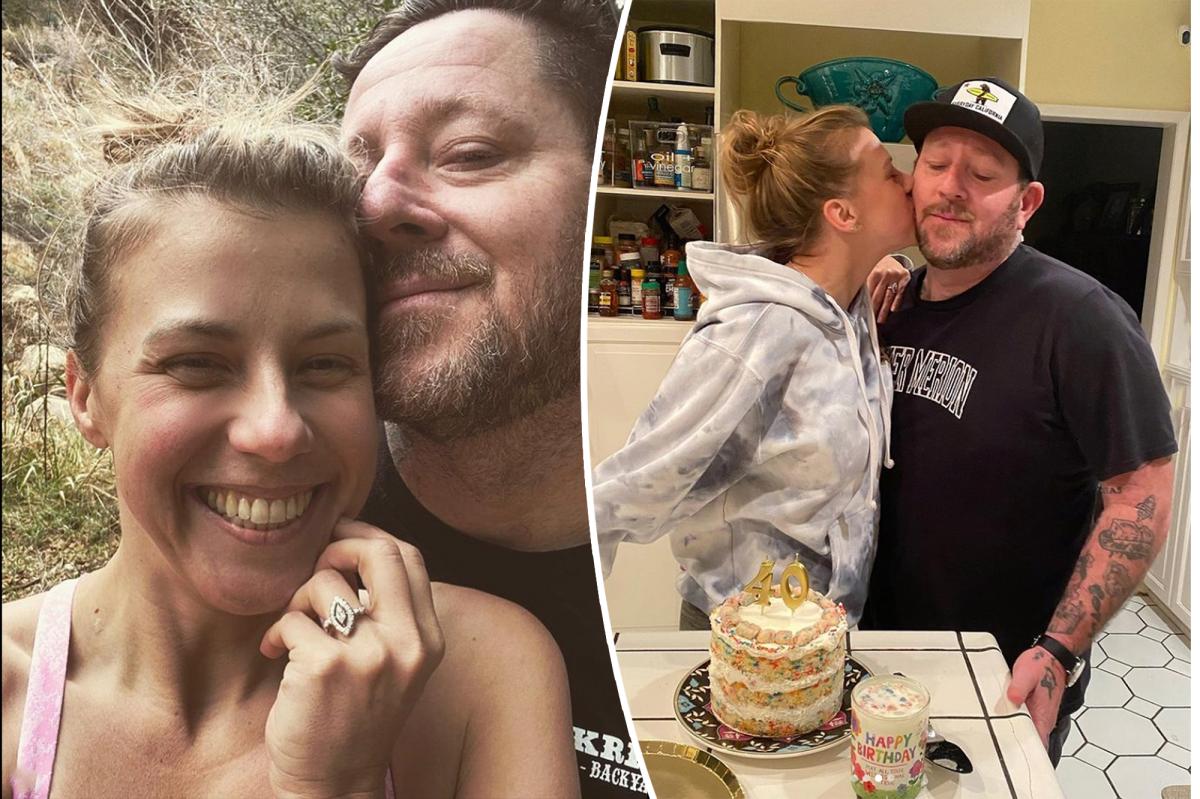 Jodie Sweetin now has an even “Fuller House.”

She and the clinical social worker, who got engaged in January, said “I do” in front of friends and family, including Sweetin’s “Full House” co-stars John Stamos and Candace Cameron Bure.

“I know I have the right partner for the rest of whatever life brings me,” Sweetin told People after the nuptials.

“And I couldn’t be more grateful.”

Sweetin stunned in a Lili Bridals gown as she walked down the aisle with her father, Sam. Her two daughters – Zoie, 14, and Beatrix, 11, whom she shares with ex-husbands Cody Herpin and Morty Coyle, respectively – were also in attendance.

“I didn’t want it to be fussy,” Sweetin said of the backyard ceremony and reception, which was attended by just 50 people.

“The look is very organic and natural. It’s just about good food and good friends — and twinkle lights!”

Guests enjoyed tacos and a guacamole bar for dinner, People reported, along with dessert bites from Big Sugar Bakeshop.

The newlyweds met through mutual friends, and began dating long distance in 2017.

“All the pieces just fell into place,” the “Full House” actress explained, after Wasilewski moved to Los Angeles from New York in 2020.

“Mescal makes me feel absolutely comfortable and secure to shine as bright as I need to. He steps up and shows up for my girls. And we harmonize so well. He’s really the best teammate I could ask for.”

The former child star, known for her portrayal of Stephanie Tanner in the hit 90s sitcom, has previously said “I do” three times. She was married to Shaun Holguin from 2002 to 2006, before marrying Herpin in 2007.

Sweetin then tied the knot with Coyle but split just four years later. The “Love Under the Rainbow” actress then became engaged to Justin Hodak in 2016, but the former couple never made it down the aisle.

As for Sweetin’s pal Bure, she’s been making her own headlines recently after JoJo Siwa called her out for being the “rudest” celebrity she’s ever met. The two have since had a conversation – but it sounds like the tension isn’t fully over just yet.

Denial of responsibility! My droll is an automatic aggregator of the all world’s media. In each content, the hyperlink to the primary source is specified. All trademarks belong to their rightful owners, all materials to their authors. If you are the owner of the content and do not want us to publish your materials, please contact us by email – [email protected]. The content will be deleted within 24 hours.
Jodie Sweetin
0
Share