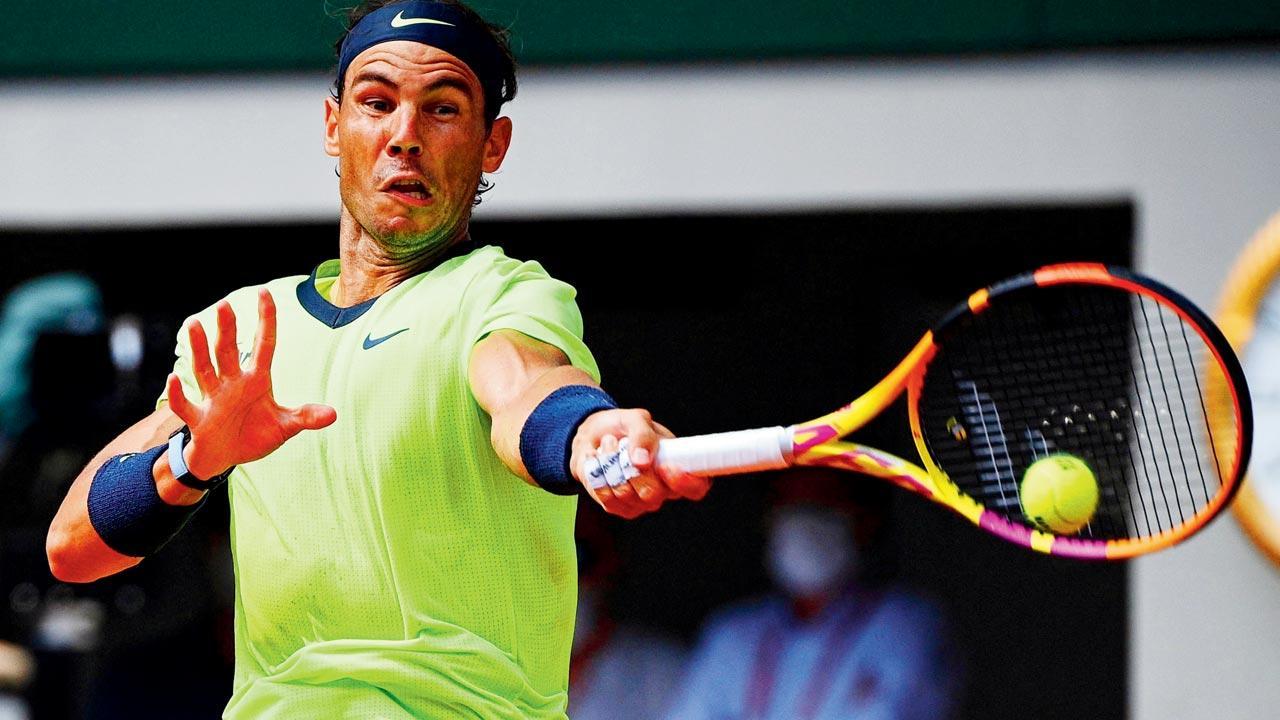 Rafael Nadal reached a record-extending 14th French Open semi-final on Wednesday with a 6-3, 4-6, 6-4, 6-0 win over Diego Schwartzman, setting up a potential last-four showdown with world number one Novak Djokovic. Nadal, bidding for a 14th Roland Garros title and record 21st major triumph, dropped his first set at the tournament since 2019 — ending a run of 36 consecutive sets won in Paris by the Spanish third seed.

The 35-year-old Nadal improved his incredible French Open record to 105 wins and two losses as he advanced to his 35th Grand Slam semi-final. He beat Argentine 10th seed Schwartzman in the last four of the 2020 edition. “It`s always incredible for me to return to the semi-finals for another time,” said Nadal.

“Diego is such an amazing player with so much talent, today was a very difficult challenge.” Nadal and Schwartzman had both progressed to the last eight without dropping a set. After Nadal took the opener he faltered while serving to stay in the second set, shanking long to concede his first set at Roland Garros since beating Dominic Thiem in four sets in the 2019 final.

“I started bad the second set and then was able to come back, but then the game at 4-4, returning with the wind helping, I played a bad game and had a tricky situation serving to not lose the set. Well done to him, he played well,” said Nadal. The Spaniard regrouped and grabbed a decisive break in the ninth game of the third set, winning the final nine games against a weary Schwartzman to close out victory. “I needed to play a little bit more aggressive and I think I did later, so I am very happy for that,” added Nadal. He awaits the winner of Wednesday`s nighttime quarter-final between Djokovic and Italian ninth seed Matteo Berrettini.

Also Read: Who will be the leading run-scorer and wicket-taker at WTC Final?

Denial of responsibility! My droll is an automatic aggregator of the all world’s media. In each content, the hyperlink to the primary source is specified. All trademarks belong to their rightful owners, all materials to their authors. If you are the owner of the content and do not want us to publish your materials, please contact us by email – [email protected]. The content will be deleted within 24 hours.
diego schwartzmanFrench Openrafael nadalRafael Nadal French OpenRafael Nadal matchesRoland Garrossports newsTennis News
0
Share