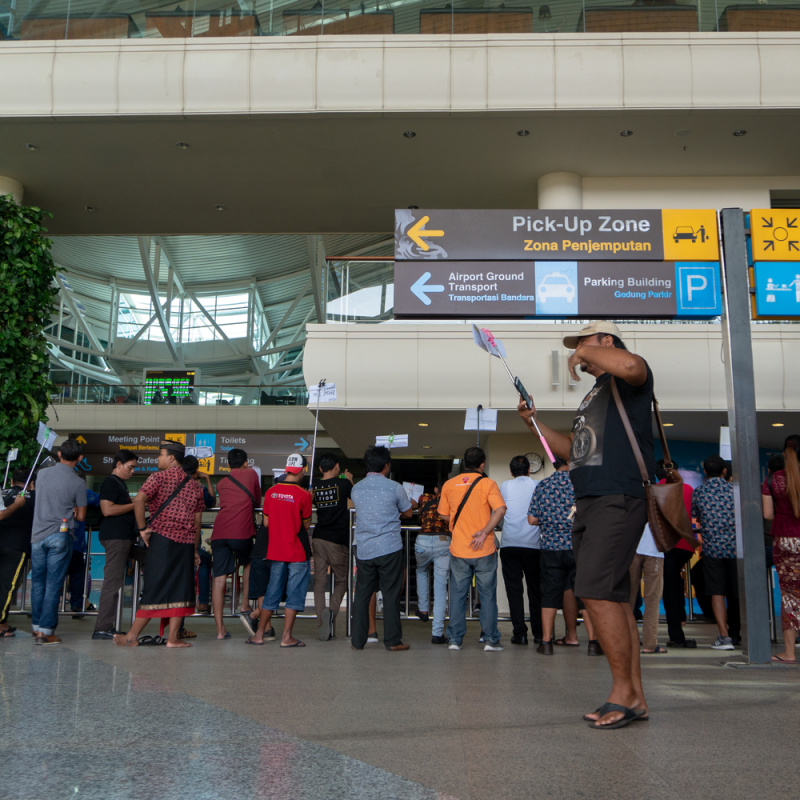 A freelance taxi driver was arrested in Bali on Sunday, 15th January, for stealing a tourist’s luggage. Putu Agus Sucipto, 40, was arrested by the Criminal Investigation Unit of the Regional Police of I Gusti Ngurah Rai Airport after stealing the bags of Russian traveler Ekaterina Venglovskala, 40. The Russian tourist reported her luggage missing when she arrived at her hotel in Jimbaran, South Kuta, in the early hours of Sunday morning.

Police arrested Sucipto at 1 pm on Sunday afternoon. Confirming the details of the arrest to reporters on Tuesday, 17th January, the Head of Criminal Investigation Unit of the Regional Police I Gusti Ngurah Rai Airport, IPTU Rionson Ritonga, said, “Chronologically, the victim landed at Ngurah Rai Airport, Sunday 15th at 01.40 WITA. Found out that her goods were missing at 03.00 WITA. Sunday afternoon at 11.00, WITA reported officially to the Police. At 13.00 WITA, the perpetrator was arrested.”

Police tracked Sucipto down and found him in possession of Venglovskala’s bag. He was arrested and taken to the I Gusti Ngurah Rai Airport Area Police Headquarters for interrogation. After two days in police custody, Sucipto was bought to a restorative justice meeting with Venglovskala.

The Russian tourist was willing to forgive Supito and has not pressed charges. All of her belongings have been returned in good condition. Local reports suggest that Venglovskala did not want the hassle of pursuing criminal charges against the freelance taxi driver.

Ritonga told the media, “The victim wants to forgive the perpetrator. Even though restorative justice is resolved, they still follow the procedure. For example, making a statement not to repeat similar acts. Both the perpetrator and the victim are each accompanied by legal advisors as witnesses.”

Speaking at the time, the Head of the Jembrana District Attorney, Salomina Meyke Saliama, told the media, ‘This suspect committed the crime of stealing a wallet belonging to a foreign national who was on vacation. The reason was to meet the necessities of life, such as buying rice and diapers for his children. And after we mediated, the victim finally forgave the perpetrator, and it ended peacefully.

Though the case of Sucipto and Venglovskala is a rare example of crime, news of a freelance driver committing a crime against a tourist doesn’t help promote confidence for the general public after police officials have called on tourists to hire local drivers to help make the roads safer. Following three major traffic collisions in the space of a week, resulting in two fatalities and multiple serious injuries, police in Bali are urging tourists to hire local drivers.

On the 16th of January, the Head of Public Relations for Bali Regional Police, Chief Stefan Satake Bayu Setianto, called on tourists to prioritize safety on Bali’s accident-prone roads. He said, “For tourists in Bali, if you want to use a motorbike or car rental service, the most important requirement is to [know] the vehicle and have an official license. If necessary, [hire] the driver is from a Bali…It will be easier if the local driver is driving their vehicle, those who know the Bali area.”

Setianto issued further statements on 18th January, reminding local business owners who rent out mopeds, motorbikes, and cars to take extra precautions before leasing their vehicles. He said, “Before they rent out vehicles, [rental owners are urged to] brief customers – be it foreigners or local tourists – to always follow traffic rules such as wearing a helmet, bringing their driver’s license, wearing seatbelts, not using their phones while driving, and prioritizing safety.”

Breaking Down the Best Parts of The Mandalorian Season 3 Trailer