Frank Grillo’s Crossbones Will Return to MCU in What If? 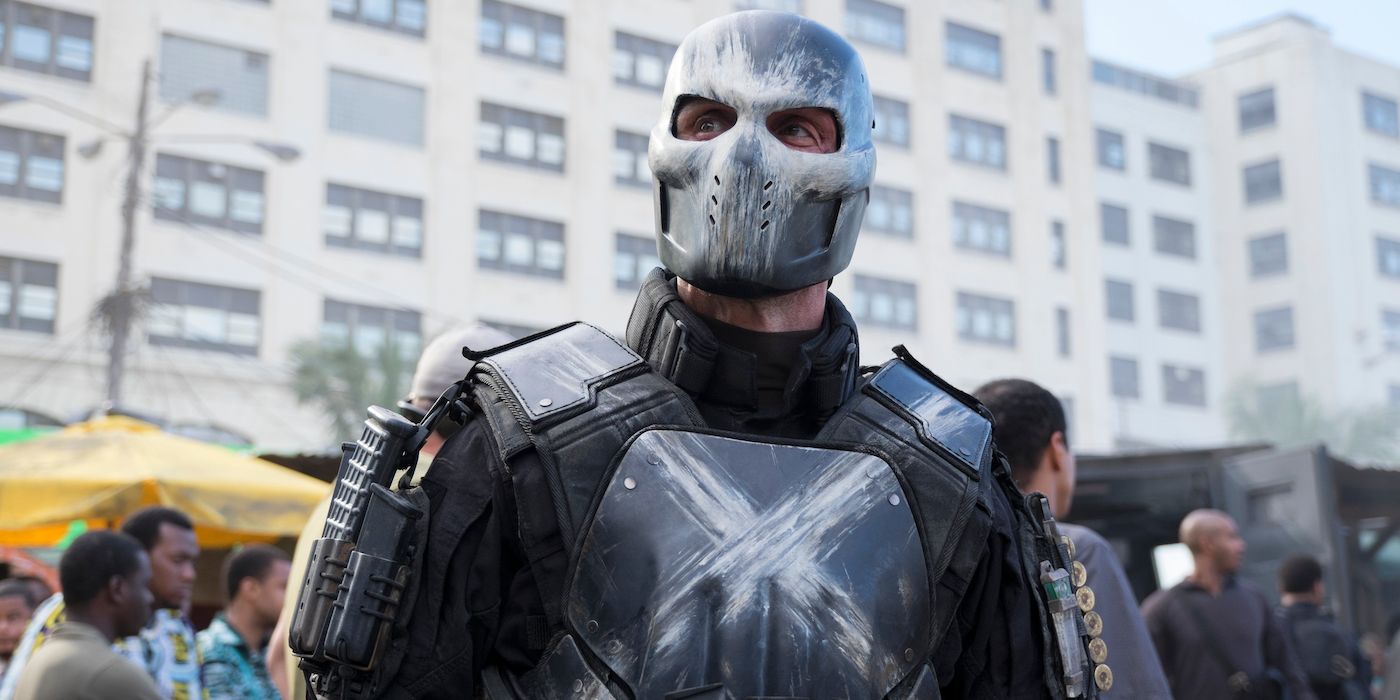 In Captain America: The Winter Soldier and Captain America: Civil War (and in a flashback sequence during Avengers: Endgame), action star extraordinaire Frank Grillo appeared as Crossbones, aka Brock Rumlow, a skull-mask-wearing supervillain pitted squarely against Chris Evans‘ Captain America. Grillo’s version of the character was killed in Civil War, as part of that film’s inciting incident, but the question lingers, especially given comic book storytelling’s predilection for futzing with continuity: Will we ever see Grillo as Crossbones again?

Well, during an exclusive, extended interview with Grillo and our very own Steven Weintraub, Grillo responded quite quickly and bluntly that he is, indeed, reprising Crossbones in Marvel and Disney+’s upcoming animated series What If…? His exact words, confirming the matter? “Yeah, no, I’m in it. I’ve been doing it.”

This project makes sense for Crossbones to reappear in, as it’s based on a series of comics that deliberately muck with preexisting continuities to present alternate reality one-shot stories (the trailer features, among other things, a Zombie Captain America). Though according to Grillo, it wouldn’t have mattered what it was, when it comes to working for Marvel: “If the President calls and says, ‘I want you to come to the White House,’ you don’t ask why, you just kind of get on a plane and go to the White House. CAA called, my agents called and said, ‘They’re doing this thing, What If…?, and they have four or five episodes planned out, you can do it all in one [day].’ I’m like, ‘Whatever, I don’t care what the money [is], it doesn’t matter, yes I’m going to do it. Absolutely. All day, every day.'”

Grillo revealed that he recorded “four or five episodes… in one day or two days, and now I think I have to go in February to record a few more… I recorded that probably almost a year ago, and I’m sure with COVID and everything, everything was put on hold, but now it’s come back around. I literally don’t know anything more about it. I don’t even remember what I was doing, I don’t even remember what I said in the shows, but I think it’s gonna be cool. My little guy, my son Rio — he’s not so little, he’s 13 — he’s a crazy Marvel fan, he can’t wait to see it. He can’t wait.”

Process-wise, Grillo revealed that not much information was given to him beyond the script to read from, without barely any finished footage shown to him: “You’re just kind of interpreting it yourself and reading off the page and trying to stay into the character of Crossbones. They set up this scenario and we just kind of play around until we get it. And then they show a little bit sometimes, but you know Marvel, they don’t wanna show you too much. Especially me, I’m a big mouth, I’ve been scolded many times.”

Be on the lookout for more from our extended interview with Frank Grillo soon.

‘WandaVision’: Wanda & Vision’s Relationship in the MCU & Beyond, Explained

Refresh your memory on the MCU’s most adorable odd couple before ‘WandaVision’ premieres.