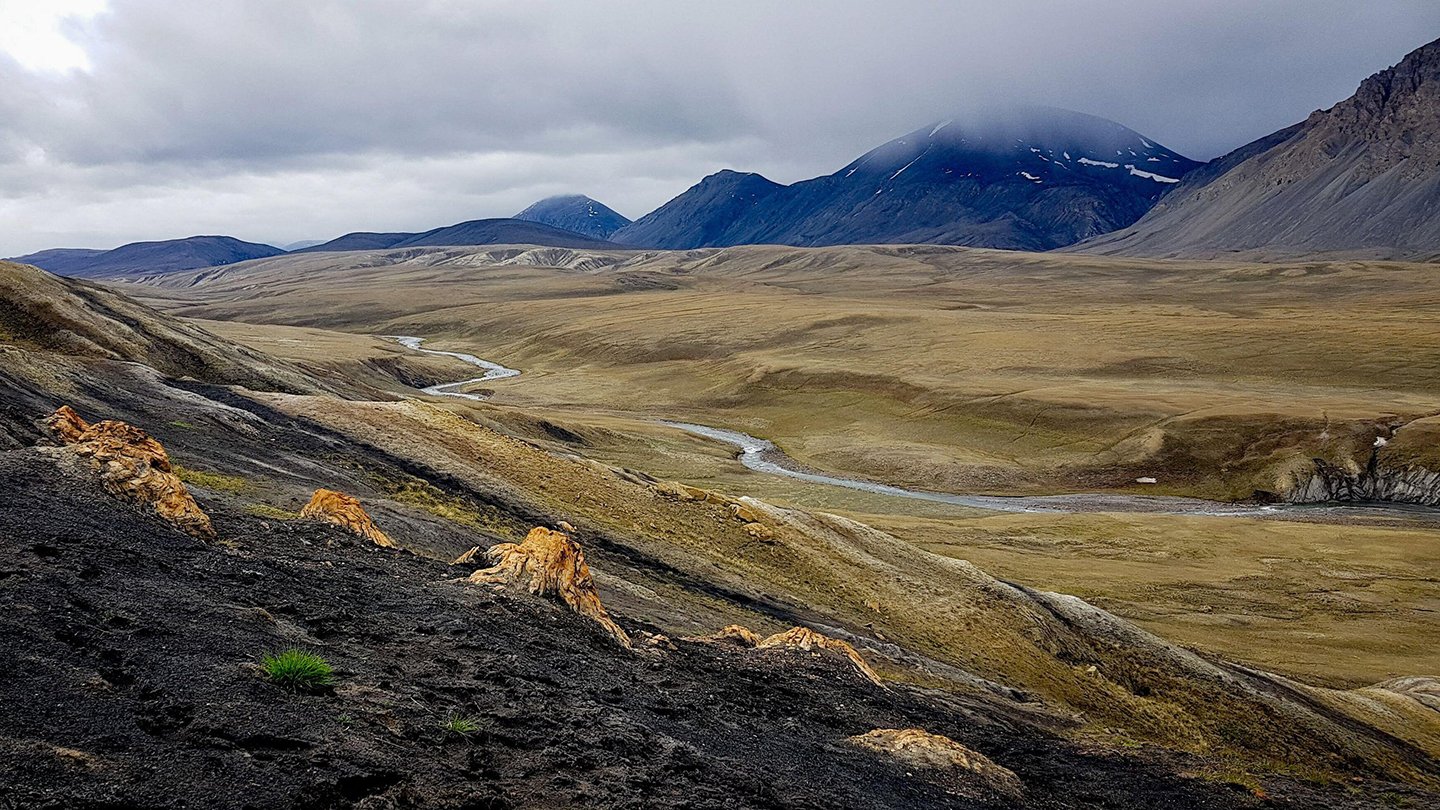 The Arctic today is a hostile place for most primates. But a series of fossils found since the 1970s suggest that wasn’t always the case.

Dozens of fossilized teeth and jaw bones unearthed in northern Canada belonged to two species of early primates — or at least close relatives of primates — that lived in the Arctic around 52 million years ago, researchers report January 25 in PLOS ONE. These remains are the first primate-like fossils ever discovered in the Arctic and tell of a groundhog-sized animal that may have skittered across trees in a swamp that once existed above the Arctic Circle.

Science News headlines, in your inbox

Headlines and summaries of the latest Science News articles, delivered to your email inbox every Thursday.

The Arctic was significantly warmer during that time. But creatures still had to adapt to extreme conditions such as long winter months without sunlight. These challenges make the presence of primate-like creatures in the Arctic “incredibly surprising,” says coauthor Chris Beard, a paleontologist at the University of Kansas in Lawrence. “No other primate or primate relative has ever been found this far north so far.”

Between frigid temperatures, limited plant growth and months of perpetual darkness, living in the modern Arctic isn’t easy. This is especially true for primates, which evolved from small, tree-dwelling creatures that largely fed on fruit (SN: 6/5/13). To this day, most primates — humans and few other outliers like Japan’s snow monkeys excepted — tend to stick to tropical and subtropical forests, largely found around the equator.

But these forests haven’t always been confined to their present location. During the early Eocene Epoch, which started around 56 million years ago, the planet underwent a period of intense warming that allowed forests and their warm-loving residents to expand northward (SN: 11/3/15).

Scientists know about this early Arctic climate in part because of decades of paleontological work on Ellesmere Island in northern Canada. These digs revealed that the area was once dominated by swamps not unlike those found in the southeastern United States today. This ancient, warm, wet Arctic environment was home to a wide array of heat-loving animals, including giant tapirs and crocodile relatives.

For the new study, Beard and his colleagues examined dozens of teeth and jawbone fossils found in the area, concluding that they belong to two species, Ignacius mckennai and Ignacius dawsonae. These two species belonged to a now-extinct genus of small mammals that was widespread across North America during the Eocene. The Arctic variants probably made their way north as the planet warmed, taking advantage of the new habitat opening up near the poles.

Scientists have long debated whether this lineage can be considered true primates or whether they were simply close relatives. Regardless, it’s still “really weird and unexpected” to find primates or their relatives in the area, says Mary Silcox, a vertebrate paleontologist at the University of Toronto Scarborough.

For one thing, Ellesmere Island was already north of the Arctic Circle 52 million years ago. So while conditions may have been warmer and wetter, the swamp was plunged into continuous darkness during the winter months.

Newly arrived Ignacius would have had to adapt to these conditions. Unlike their southern kin, the Arctic Ignacius had unusually strong jaws and teeth suited to eating hard foods, the researchers found. This may have helped these early primates feed on nuts and seeds over the winter, when fruit wasn’t as readily available.

This research can shed light on how animals can adapt to live in extreme conditions. “Ellesmere Island is arguably the best deep time analog for a mild, ice-free Arctic,” says Jaelyn Eberle, a vertebrate paleontologist at the University of Colorado Boulder.

Studying how plants and animals adapted to this remarkable period in Arctic history, Beard says, could offer clues to the Arctic’s future residents.

The Worst Entry in an Awful Series Gets Trashed, So Fans…