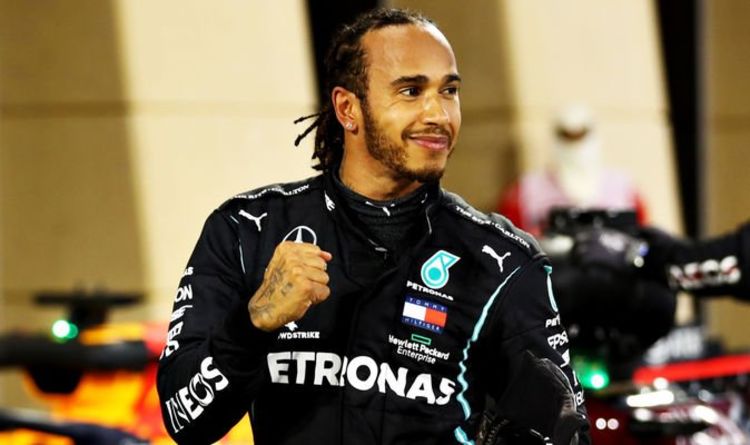 Lewis Hamilton’s Formula 1 rivalry with Max Verstappen has lit up the open six rounds of the 2021 season, with the pair winning five of the six races to-date between them.

Neither driver picked up points in the Azerbaijan Grand Prix in Baku last time out, with Verstappen suffering a tyre failure and Hamilton finishing towards the back of the field after a rare late error.

But former F1 star Felipe Massa believes that the rivalry between the two drivers is the perfect thing for the sport.

“Everyone wants this, even the fans of Verstappen and Hamilton,” Massa told Motorsport.com.

“This is what we want, as fans of motorsport. It doesn’t matter who will win. But I think when you have two teams competing for the title, that’s basically what everyone wants to see.”

And the Brazilian believes that the 36-year-old Brit Hamilton may just be the perfect driver.

“What Hamilton has shown has been impressive for a long time,” Massa added.

“If we go back in time, he could have been champion as early as 2007. However, he did not become champion due to a few mistakes – in China, he went straight into the gravel when entering the pits and in the last race he fought in vain with Alonso.

“Making mistakes is normal but he might be the perfect driver. And Verstappen is – without a doubt – one of the best too.”

Hamilton holds a whole host of records in the sport, including the most race wins (98), the most podiums (169) and the most pole positions (100).

But he is up against an excellent opponent this season in Belgian-born Dutch driver Verstappen, who leads the Drivers’ Championship standings after six races on 105 points, four points clear of Hamilton.

One major factor in the Red Bull Racing man’s favour is the form of his team-mate Sergio Perez, who won in Baku last time out to end Hamilton and Verstappen’s dominance of the top step of the podium.

Massa feels that the attitude Perez shows in the remainder of the season in supporting his colleague could go a long way to deciding who tops the standings.

“When you’re sitting next to one of the best drivers, you have to have a ‘good head’,” he said.

“You have to be able to handle the pressure well because you’re going to get it.

“The psychological side counts a lot in Formula 1.”

The next race on the calendar is the French Grand Prix, which is scheduled to be held at 2pm BST at the Circuit Paul Ricard near Marseille on Sunday 20 June.

Huawei accounted for just 4% of smartphone shipments in Q1 2021