Formula E: Mahindra Racing to supply powertrains to Abt Sportsline 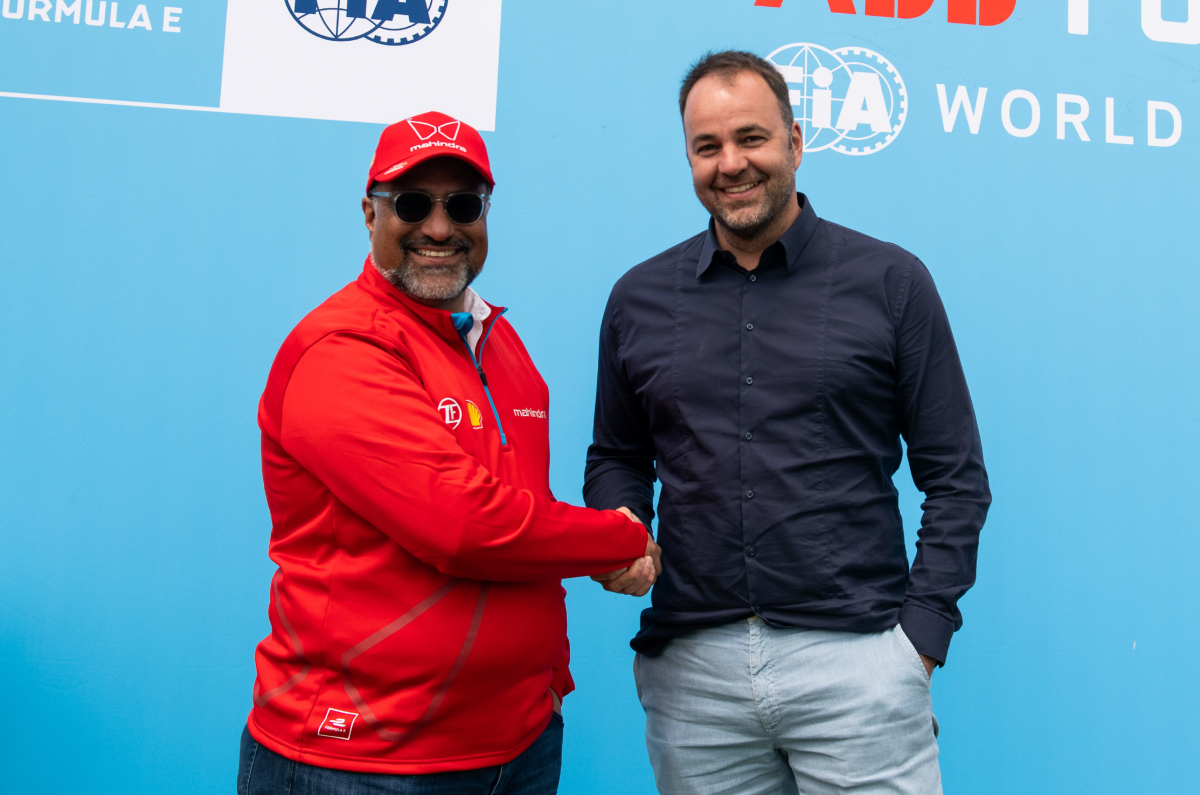 Abt Sportsline will be Mahindra Racing’s first ever customer racing team.

Abt Sportsline is all set to return to Formula E in 2023 after a year away, and they’ve tied up with Mahindra Racing as the Indian squad’s first customer racing team. As part of the collaboration, Mahindra will provide powertrains to Abt, but the partnership extends beyond that too.

Mahindra Racing ties up with Abt

Abt has been absent from the Formula E grid following partner Audi’s withdrawal at the end of 2020. However, the outfit will be returning to the championship with the new Gen3 era which kicks off next year.

All teams will race identical-looking Gen3 machines, but manufacturers will develop their own electric powertrains, which will be supplied to privateer teams. In addition to supplying their ZF-developed powertrains, Mahindra will also work closely with Abt on development.

A pair of Mahindra Racing Gen3 cars will arrive in Abt Sportsline’s Kempten facility in October. In the meantime, Abt engineers are working with the Indian team on software, set-up and simulation, along with joining the team on test days. Formula E organisers have already stressed that they want software engineering to be another major area where teams can battle it out to make key performance gains. Performance upgrades will be delivered as software updates directly to the operating system built into the car.

Just like Mahindra, Abt was one the founding teams in Formula E and have picked up a few titles along the way too. Abt Sportsline CEO Thomas Biermaier stresses that this experience will make the new partnership beneficial to both parties. “As a customer team, we also want to bring our experience from seven years of Formula E with over 80 races, and over a decade of electric mobility at ABT Sportsline to the partnership,” he said. “We are looking forward to this new Allgäu-India connection and are grateful that Mahindra Racing and its partners are supporting us in our comeback in Formula E.”

Mahindra Racing’s CEO and team principal Dilbagh Gill added, “It’s an honour to be able to take our powertrain, developed in partnership with ZF, and support the team in its return to the FIA ABB Formula E World Championship. Both Mahindra Racing and ABT Sportsline were championship founding teams and its absence in the paddock has been felt hugely. We look forward to seeing the team winning races from 2023, and we are committed to supporting them with whatever they need to succeed.”

2023 will usher in the new Gen3 regulations, featuring the championship’s fastest, most powerful and sustainable race car yet. The calendar also features Formula E’s first race in India, with the Hyderabad E-Prix scheduled for February 11, 2023.

On the back of the recent departures of BMW, Audi and Mercedes, Formula E pushed for the new cars to be more relevant to brands when it comes to technology transfer to road cars. The new battery, for example, is far smaller and lighter than any road-going equivalent. It’s a tactic that appears to have worked, with the likes of Maserati and McLaren entering the championship for Gen3.

Season 8 is currently underway, with the London E-Prix double header this weekend.

At least 8 dead in wake of flooding, power outages in eastern Kentucky

TikTok is rolling out an ‘Elections Center’ to…