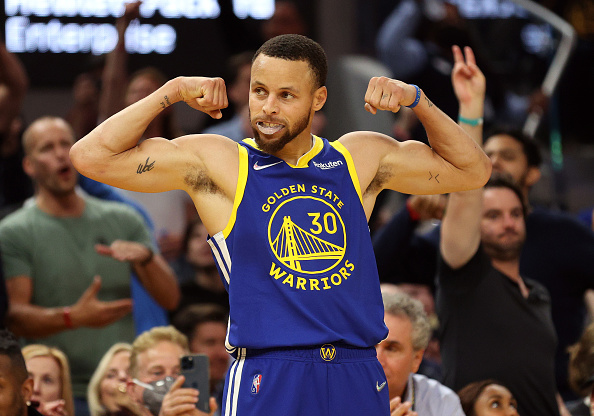 SAN FRANCISCO (KRON) — Golden State Warriors superstar Stephen Curry is one of the most well-known athletes in the world. His popularity has resulted in massive earnings on and off the basketball court.

Curry, 34, is the world’s fifth highest-paid athlete of 2022, according to a Forbes list released earlier this week. The two-time NBA MVP made $92.8 million in combined on-the-court and off-the-court earnings.

For the 2021-22 NBA season, Curry made $45,780,966 on the court — the highest annual salary of an player in the league, according to ESPN. Since signing a five-year extension with the Warriors in 2017 worth over $200 million, Curry has had the highest annual NBA salary in the last five seasons.

Forbes said Curry made $47 million off the court, which includes earnings from endorsements, investments, etc. Curry also has a multimedia company “Unanimous Media” — in reference to his 2015-16 season in which he was named the only unanimous MVP in NBA history.

Off the court, Curry has a number of lucrative endorsement deals — notably his own athletic brand “Curry Brand” via Under Armour. You may have seen Curry in this Subway and/or CarMax commercial.

Curry edged out former teammate and Nets star Kevin Durant who was listed at six by earning $92.1 million ($42.1 million on-court and $50 million off-court earnings). Bucks star Giannis Antetokounmpo cracked was listed at 10th to be the fourth and final NBA player to crack the list.

Mexican boxer Canelo Álvarez earned more than any other athlete in earnings strictly from their respective sport with $85 million in earnings. On the other hand, tennis star Roger Federer made the most off the court with $90 million compared to his $0.7 million from tennis matches.

KRON On is streaming live

Forbes’ full list of the 10 highest-paid athletes of 2022 can be seen here.

We Tested Stain-Proof White Sneakers Against Tough Messes Like Coffee