Fluffy Baby Cows Are Here to Make Your Day Better 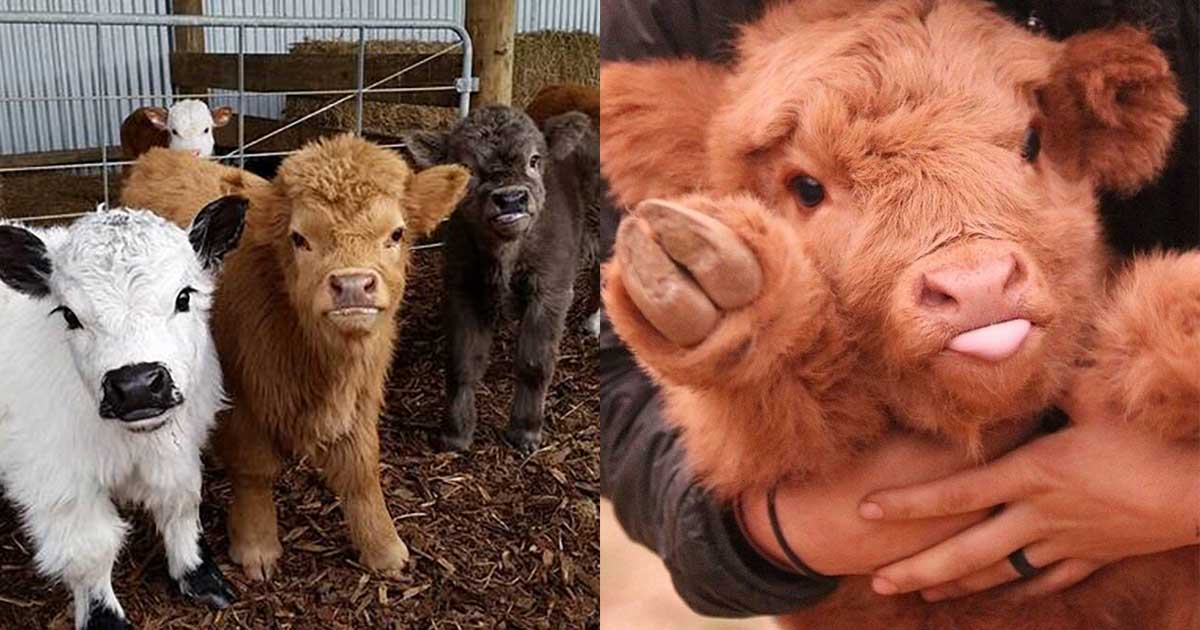 Who doesn’t like cows? What about baby cows? Better yet, how about fluffy baby cows? In 2017, we brought you the story of a 2-year-old who helped her mom care for a newborn calf after its mother died. Their photos were absolutely adorable.

So, we thought: What better way to cure those workday blues than with a montage of fluffy baby cows (otherwise known as highland cattle, a Scottish breed that grows to have long horns and wooly coats)? Fortunately for us, their wooly fur is downright cuddle-worthy when they’re just little calves. Need proof? Check out this collection of the most adorable fluffy baby cows.

Let’s kick things off with this little fella, who says hello by sticking his tongue out.

What do you think she’s looking at? We certainly know she’s not looking for more ways to be adorable, cause that’s impossible.

We just want to cuddle this little guy up. Hello, fluffy baby cow!

She’s still licking off the grass from dinnertime.

But this one is still hungry. Probably best to avoid a diet of pine needles, though.

We can’t tell if this is actually a small cow or a large dog, which are both equally adorable.

Look how well groomed he is. We’re not 100 percent certain this isn’t a toy cow.

Let’s name them: Cookies and Cream, Buttercup, Brownie, and Gingersnap.

You’ll never have a better profile picture than her.

This is the fluffiest one yet. We’re loving the emo haircut.

Check out the combover on Justin Bull-ber here.

How is this little one keeping itself up on those wiggly little legs? We’d be happy to cuddle with him to keep him upright!

And finally … the most beautiful fluffy baby cow there ever was. They really do love the angsty teenager haircut look.

Editor’s Note: This article was originally published in 2017.

5 tips to help you smash your New Year fitness regime

Reimagining business resilience and agility with cloud at the core