Florence Pugh Is Prepping For Her Dune: Part 2 Role In What Looks Like The Most Relaxing Way Possible 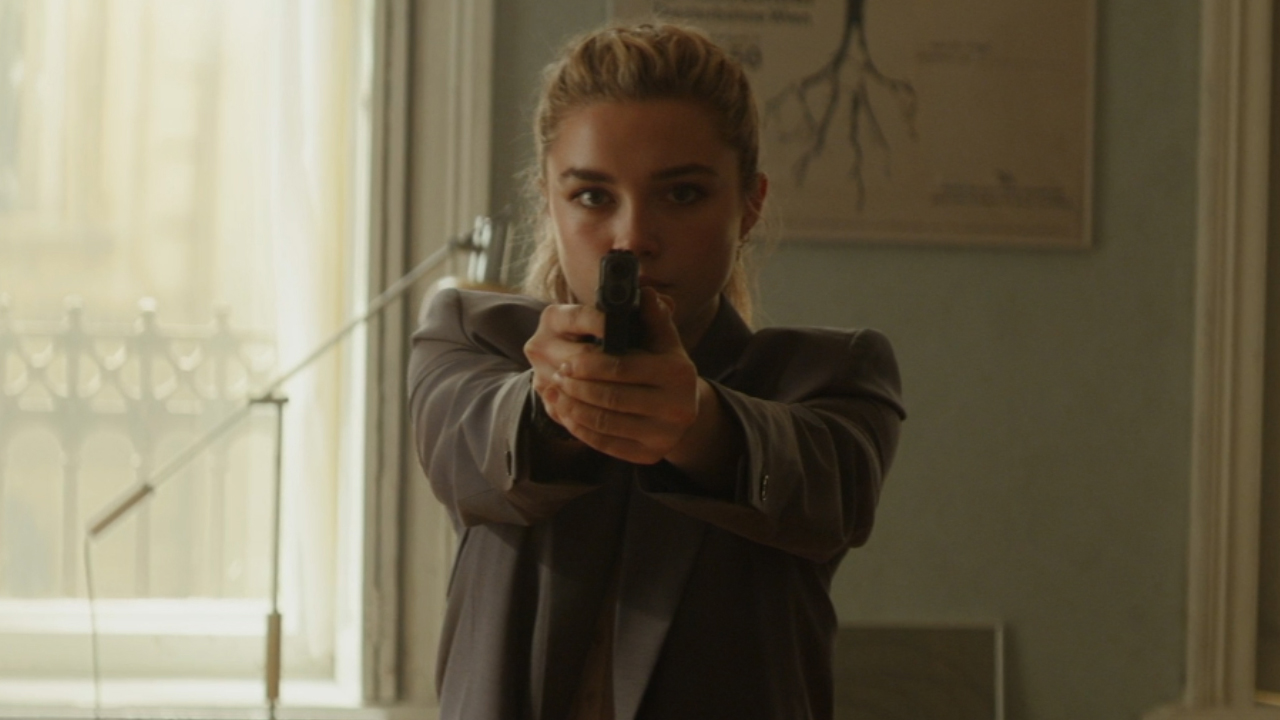 The role of Princess Irulan in author Frank Herbert’s Dune is not exactly what most people would consider physically intensive. While characters in the book wage large scale battle and struggle to survive harsh desert environments, Irulan in the book is pretty well removed from any kind of hardship or struggle. This in mind, it is absolutely fitting that Florence Pugh has shared a bit of her prep work for Denis Villeneuve’s Dune: Part 2, and it involves doing some serious relaxing on what looks like a beautiful beach.

The Black Widow star recently updated her fans on her life via her personal Instagram account, and she shared that she is not only in the midst of reading Frank Herbert’s Dune, but that she is doing it while appropriately being surrounded by sand. Check out the very chill photo below, complete with the funny caption, “Dun dun dun..e.”

It was back in March that Florence Pugh joined the cast of Dune: Part 2, becoming in the process the first actor to join the sequel who wasn’t in the 2021 movie. The sequel’s cast has exploded in size since then, with Timothée Chalamet, Rebecca Ferguson, Zendaya, Javier Bardem, Josh Brolin, Stellan Skarsgård, and Dave Bautista joined in the ensemble by not only Pugh as Princess Irulan, but also Austin Butler as the villainous Feyd Routha, Christopher Walken as the nefarious Emperor Shaddam IV, and Léa Seydoux as Margot.

Because I’m sure that many of you are not like Florence Pugh and haven’t had the chance to read Dune yet, I won’t fully detail what it is that audiences should expect from the star’s role in the developing blockbuster sequel, but it is absolutely crucial. What’s more, it may very well seriously upset people by the time Dune: Part 2 comes to a conclusion… but she is a huge part of the most important themes in the book. She is the daughter of Emperor Shaddam IV, and ends up having a large role to play in the political machinations that play out in the story.

Florence Pugh’s update that she is starting to read Dune this week is kind of an example of strange timing, as Dune: Part 2 is now well into production. Filming of the movie started in the middle of last month, and the news was announced with a photo of the feature’s first clapperboard:

Florence Pugh has a number of upcoming projects and has been incredibly busy of late, so it’s nice to see that she is taking some time to relax in between performing and promotion. In addition to working on Dune: Part 2, she’ll soon be starting to do press for Olivia Wilde’s upcoming thriller Don’t Worry Darling, which is slated to premiere at the Venice Film Festival next month.

After shifting its release date last month, Dune: Part 2 is now scheduled to arrive in theaters exclusively on November 17, 2023.

Inside the Ojai Playwrights Conference

Start an English Teaching Side Hustle During Our Back to…