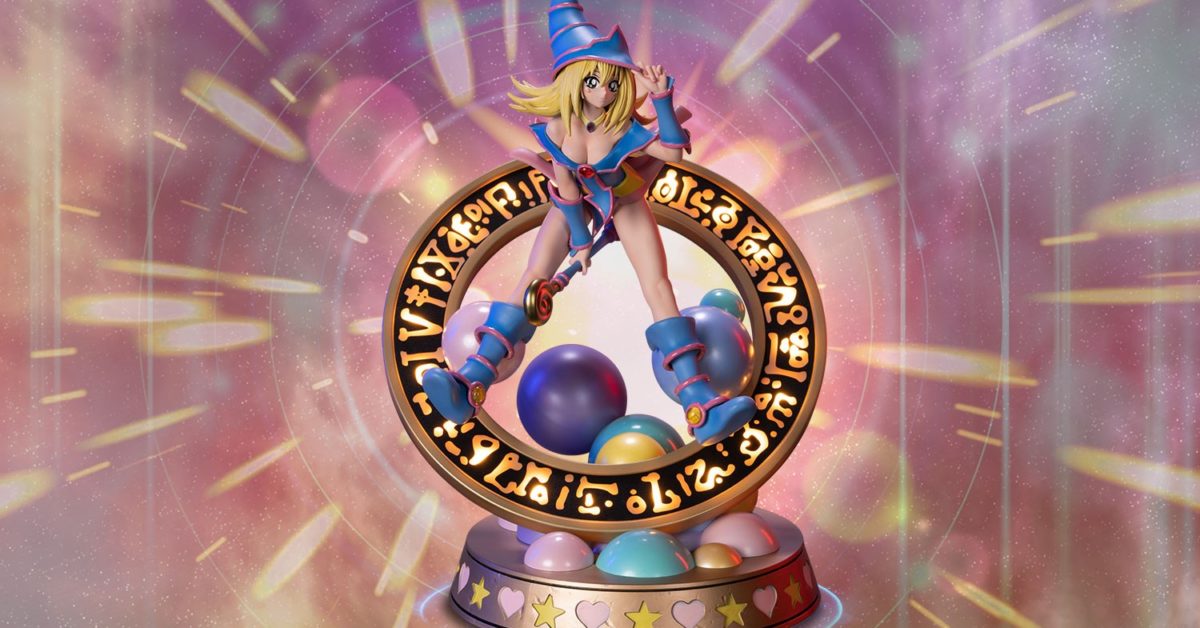 First 4 Figures is summoning Dark Magician Girl in attack position for their newest statue release. Coming to life out of the hit card gam and anime series Yu-Gi-Oh, Dark Magician Girl comes to life once again. Standing at 12″ tall, this lovely monster ready to excel past her mentor and is faithfully recaptured. Some monsters will have to be sacrificed to get her on the field, but First 4 Figures has packed her will impressive detail and eye-popping color. The Magician’s Seal comes to life and even uses LED functionality to take her display and bring her spells to life. The Dark Burning Attack is also nicely crafted here and will only help enhance any Yu-Gi-Oh collector’s magical collection. The Yu-Gi-Oh Dark Magical Girl (Pastel Edition) statue from First 4 Figures is priced at $169.99. She is set for a Q4 2023 release, and pre-orders and other versions are up for pre-order right here.

“The “Pastel” variation features Dark Magician Girl wearing a light blue dress accented by light pink details. For the exclusive edition, the Magician’s seal lights up with 2 LED functions: Static and Animated. When animated, lights swirl around the ring of the Seal as if Dark Magician Girl is preparing to use her Dark Burning Attack!”

Sunflower sea star population declining to the ‘point of…

“I absolutely love him” – Chelsea legend…