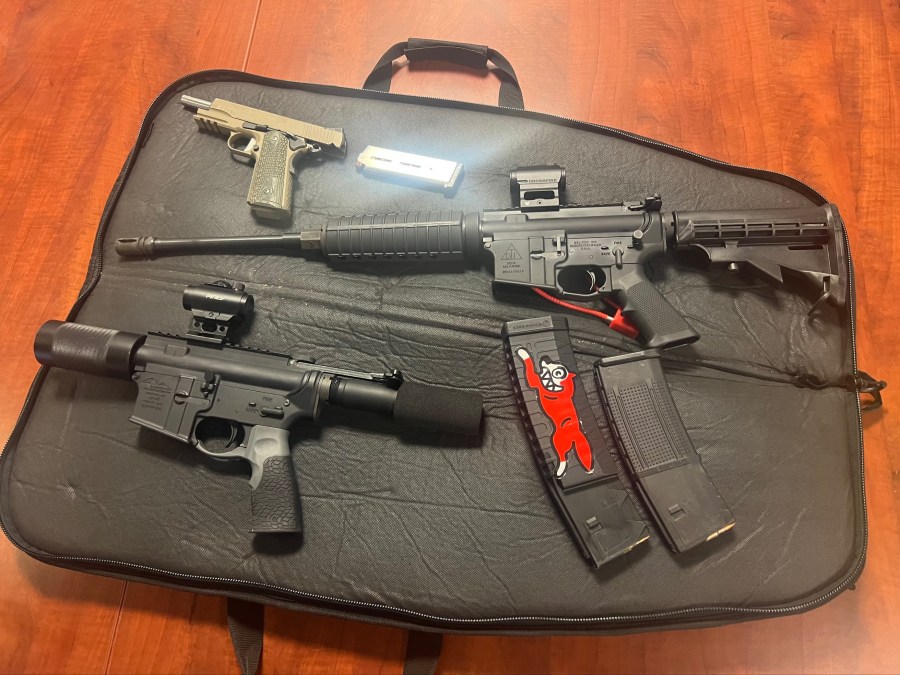 SAN MATEO, Calif. (KRON) — A 28-year-old Burlingame man was charged with multiple weapons-related charges, the San Mateo Police Department announced Friday in a press release. A number of weapons were recovered after police executed a search warrant in the residences of suspect and gang member Alan Ayala.

Officers executed a search warrant on Thursday at two of Ayala’s residences: one on the 800 block of Rolison Road in Burlingame and the 1000 block of Folkstone Avenue San Mateo.

At the Burlingame residence, police found a cellphone, which was used as evidence linked to the crimes, police said. When SMPD executed the search warrants, Ayala was in custody for a probation violation.

Ayala’s two residences that police searched are approximately four miles from each other.