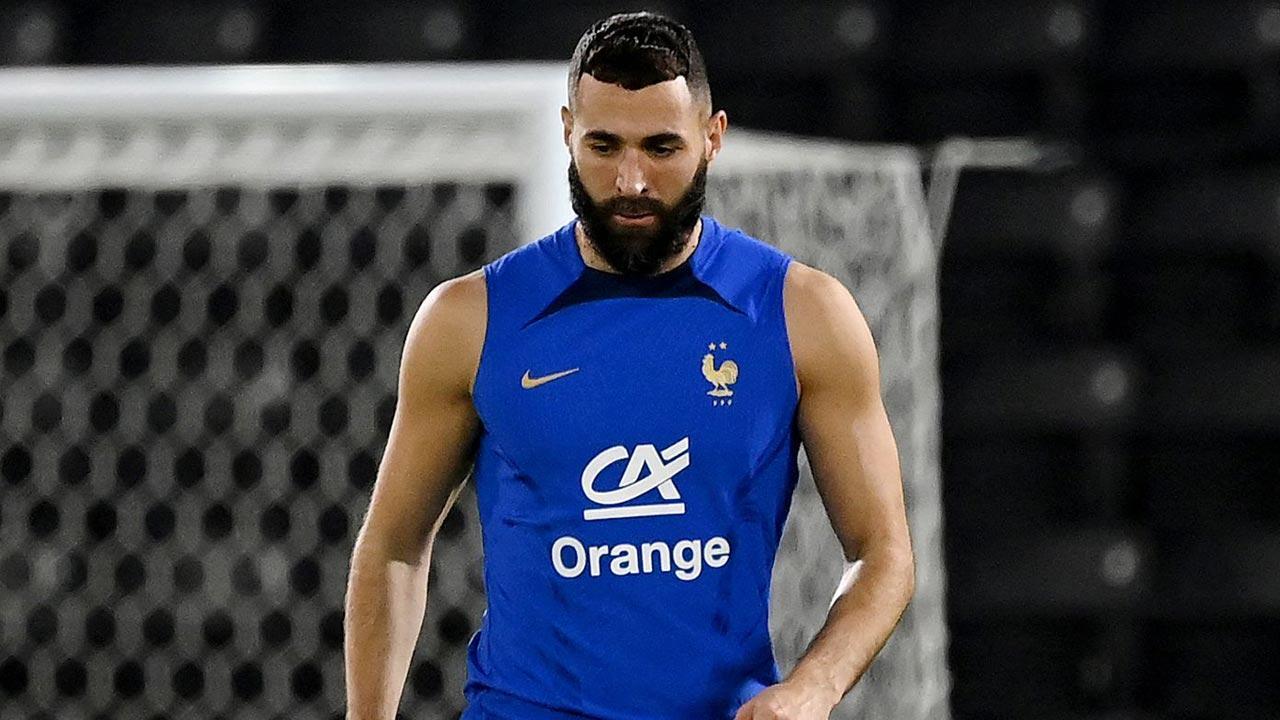 Karim Benzema will probably miss France`s first game of the World Cup against Australia and is in danger of pulling out of the entire tournament after suffering a leg injury in Saturday`s training, according to the French and Spanish sporting press.

The 34-year-old, who travelled to Qatar after missing five of Real Madrid`s last six games before the World Cup due to a niggling muscle injury, had a problem in his left leg, which is different to the issue that troubled him over the last month.

French sports newspaper L`Equipe and the Spanish newspapers, Diario AS and El Mundo Deportivo, are now reporting that Benzema will certainly miss his side`s opening match on Tuesday and could be forced out of the entire tournament, reports Xinhua.

This year`s Ballon D`Or winner apparently suffered the injury as he took part in a practice match with the rest of coach Didier Deschamps` theoretical starting 11 for the game against Australia.

If Benzema is forced to withdraw from the tournament, it will be another blow to the French coach, who has already lost N`Golo Kante and Paul Pogba to injury.

It would also be a massive disappointment to the striker, who missed France`s triumph in 2018 after being excluded from the squad in 2015 for an alleged blackmail incident involving international teammate Mathieu Valbuena.