Ferrari Purosangue SUV to be revealed on September 13 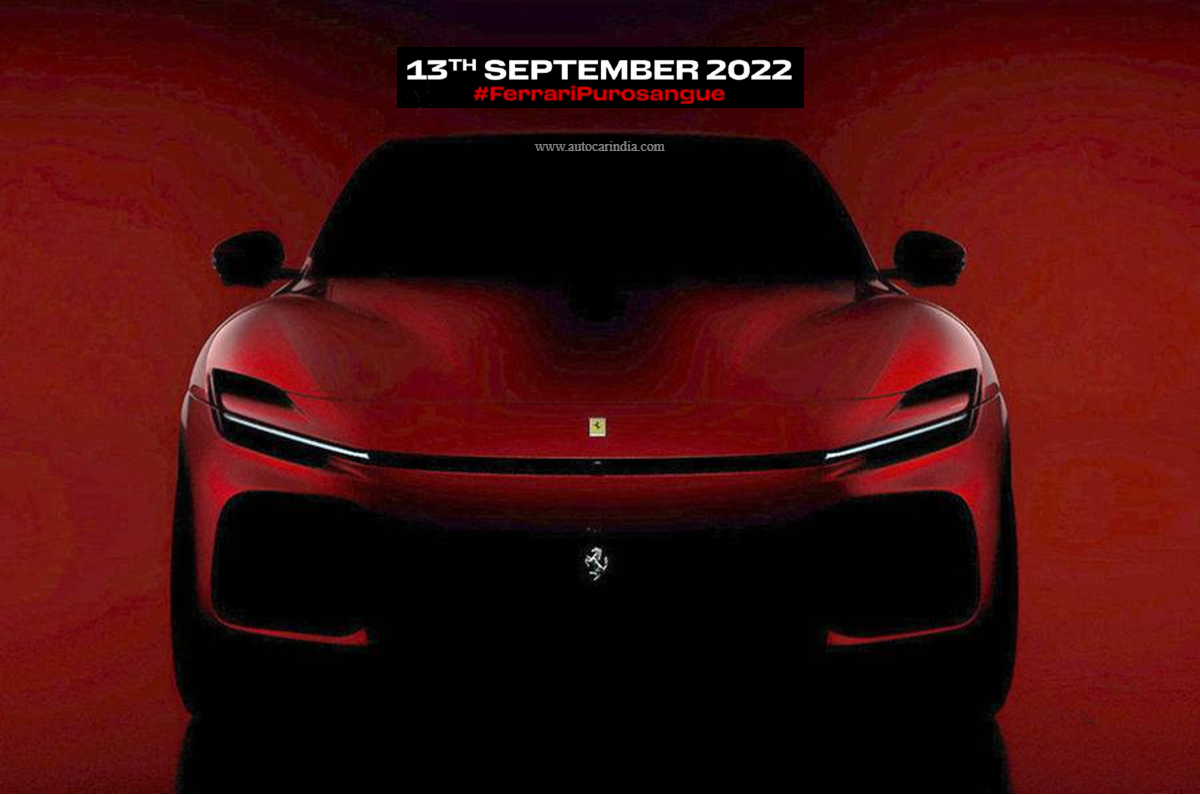 The super-SUV will be built on one of the two new unique architectures from Ferrari.

Ferrari recently shared that it will reveal its first-ever SUV, the Purosangue, on September 13, and teased its front end with angled headlights. The much-awaited Italian super-SUV will first come with a new V12 engine.

Ferrari has confirmed that the Purosangue will get a new naturally aspirated V12 engine but it remains to be seen how similar it will be to the existing 6.5-litre unit used in the 812 Superfast. CEO Benedetto Vigna told reporters: “We’ve tested several options. It was clear that the V12, for the performance and driving experience it could provide, was the right option for the market.”

Vigna also mentioned, “From our test drives in the hills around Maranello, I can tell you that it’s a true sportscar, and unlike any other.” He added that it will be “100 percent Ferrari” and “it will meet and exceed all the demands of performance, innovation and design that you would expect from us”.

The upcoming super-SUV will be built on one of two new unique architectures by Ferrari, with one designed for mid-engined cars like the recently launched 296 GTB and other for front-mid-engined GT cars like the Purosangue.

Both architectures will accommodate V6, V8 and V12 engines, with or without hybrid assistance and be paired to transaxle dual-clutch automatic gearboxes; rear- or four-wheel drive; and 2-, 2+2- or 4-seat cabins in variable wheelbase lengths.

The Purosangue, along with other Ferrari GT models, will get a completely new interior layout based around what the firm calls an ‘eyes on the road, hands on the wheel’ approach. The Italian supercar maker will use a new steering wheel, new infotainment, a head-up display, new instruments, new cabin controls, rear seat entertainment and improved ingress and egress.

Technology seeks to save firefighters from “forever chemicals”