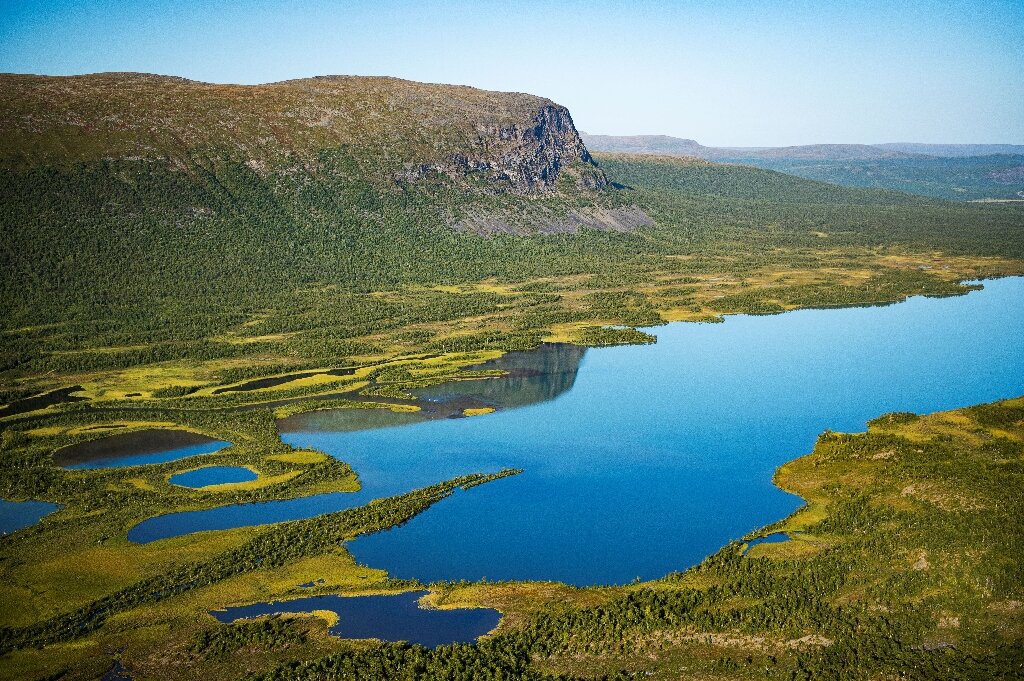 Microplastics have been found in virtually every corner of the globe—from the highest glaciers to the bottom of the deepest sea trench—but the impact of plastic pollution in lakes is less well researched than in oceans.

When plastic materials such as carrier bags break down in water, they release simple carbon compounds slightly different to those produced when organic matter such as twigs and leaves disintegrate.

Researchers from the University of Cambridge wanted to see what effect these compounds had on bacteria populations in 29 lakes across Scandinavia.

They cut up plastic bags from four major British shopping chains and mixed them with water until the carbon compounds were released.

They then filled glass bottles with water from each lake, mixing a small amount of the plastic water into half of these samples.

In the water with plastic-derived compounds, the bacteria had doubled in mass within 72 hours and already absorbed around half of the carbon present in the samples.

Andrew Tanentzap, from the University of Cambridge’s Department of Plant Sciences, said the study showed the profound impact plastic pollution is likely having on bodies of freshwater where the waste is present.

“It’s almost like the plastic pollution is getting the bacteria’s appetite going,” he said.

“This suggests that plastic pollution is stimulating the whole food web in lakes, because more bacteria means more food for the bigger organisms like ducks and fish.”

It showed that bacteria were better at removing plastic pollution in lakes with fewer unique natural carbon compounds because there were fewer natural food sources.

The results suggested that in some places, specific types of bacteria could be harnessed to help break down plastic waste.

“But you’d want to know more about the ecosystem balance before committing to doing that,” first study author Eleanor Sheridan told AFP.

She also cautioned against assuming that bacteria alone could solve the growing ecological disaster posed by plastic waste.

Plastics are “not only damaging to ecosystems on a macro level, they also contain chemicals that leach out and last beyond when a plastic bag is fished out of the water,” Sheridan said.

“I hope that this increases awareness of the multitude of different effects that just one type of pollution can have on the environment.”

Watch: Here’s how iPhone 14 Pro’s always-on mode may look like