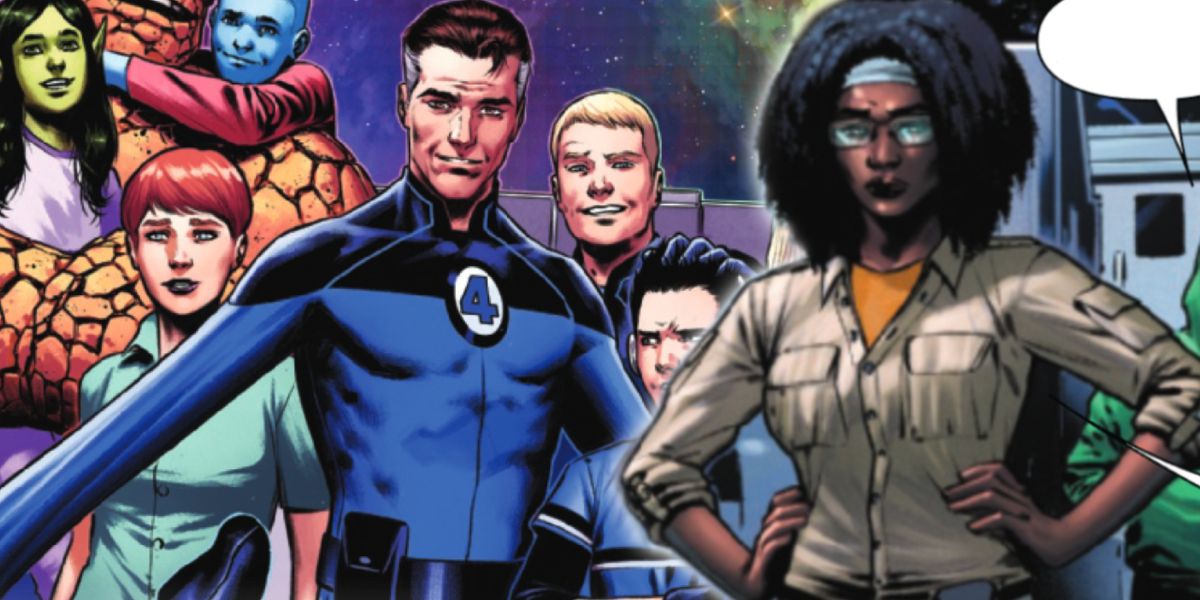 In the preview, Reed Richards ventures to a ship on the Atlantic Ocean in order to meet Professor Joanna Jeffers, a “world-renowned eco warrior and marine biologist” of whom he is a “huge fan.” Reed introduces himself to Joanna, who is already well aware of the fact that the leader of the Fantastic Four is the son of Nathaniel Richards — and her half-brother. Reed then takes his sister to meet the rest of the family, who are in the middle of arts and crafts night.

The Fantastic Four Are Headed for a Relaunch

Following Slott’s departure with issue #46, the remaining two issues of Marvel’s current Fantastic Four title will be penned by David Pepose. After Fantastic Four #48 hits shelves on Oct. 12, Marvel is set to relaunch the title with the creative team of writer Ryan North and artist Iban Coello. The new Fantastic Four #1 will release on Nov. 9. At this stage, it’s unclear if Joanna Jeffers will factor into this new era for Marvel’s First Family.

What we do know, however, is that North’s run on Fantastic Four won’t be as massive in scale as Slott’s. “I had the advantage that Dan Slott’s run went super huge,” North told Entertainment Weekly. “In the most recent arc, The Reckoning War, they saved not just the universe, but the multiverse. That made the choice obvious: I’m never going to go as big as Dan did, so let’s tell smaller stories about the Fantastic Four.”

Both sides of the Caxton vs Mpact spat