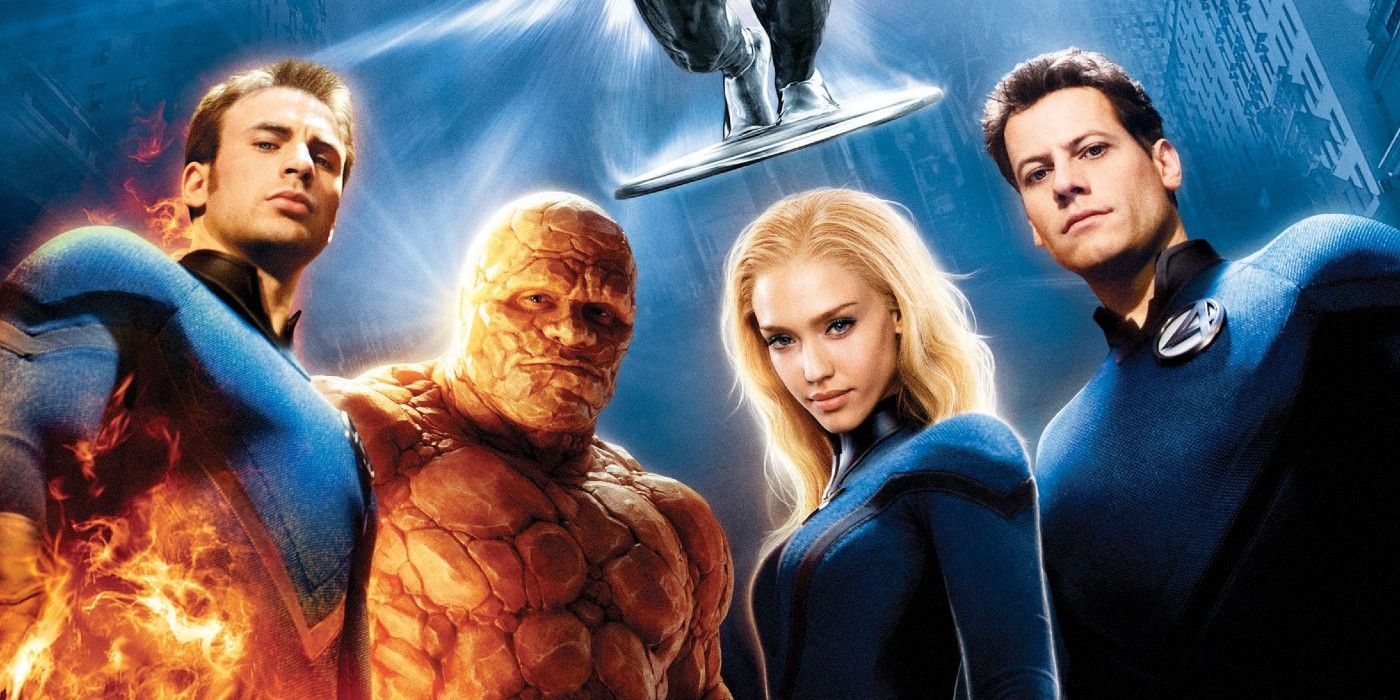 New fan art reimagines the Fantastic 4: Rise of the Silver Surfer poster as a vintage Marvel cover, reinvigorating a desire for the team’s MCU debut.

New fan art reimagines the Fantastic 4: Rise of the Silver Surfer poster as a Marvel comic book cover. Released in 2005, Fantastic 4 starred Ioan Gruffudd, Jessica Alba, Michael Chiklis, and a pre-Captain America Chris Evans as the superhero team who gain powers after being exposed to cosmic rays following a failed space experiment. Despite receiving mixed reviews upon release, the film achieved enough commercial success to warrant a sequel, Fantastic 4: Rise of the Silver Surfer, which ultimately left the franchise in limbo for nearly a decade until the ill-fated Fantastic 4 reboot was released in 2015. Still, audiences are hopeful that Mr. Fantastic and company get their due now that they’re set to join the Marvel Cinematic Universe following Disney’s acquisition of 20th Century Fox.

Actor and artist John Black recently recreated the Fantastic 4: Rise of the Silver Surfer movie poster as a Marvel comic cover. The hand-drawn work pays detailed homage to the visual style of vintage comic books, all the way down to the classic Comics Code Authority stamp in the upper-right corner, a flair that recently gained attention in the Spider-Man: Into the Spider-Verse intro. Check out the Fantastic 4 artwork below:

These pieces of fan art are certainly building more hype toward the Fantastic 4‘s official entry into the MCU. Though no casting specifics have been made public yet, Marvel chief Kevin Feige announced during Disney Investor Day 2020 that a film incorporating the team into the broader MCU is in development. Even more pleasing was the announcement that Jon Watts, who helmed the beloved Spider-Man: Homecoming and Spider-Man: Far from Home, will be directing the film based on the superhero team. Given his proven track record in the MCU, Watts is a strong choice to reinvigorate a team whose on-screen depictions have been more or less left in the past.

Next: Marvel Can’t Go Back To Three Movies A Year Now

Alex McGuire is a news writer for Screen Rant who over the last decade has covered everything from entertainment to finance. A graduate of LIU Brooklyn’s MFA screenwriting program, Alex has recently worked in casting and as a production assistant on several TV shows. He believes everything is at least 20% better with Stephen Root. Follow him on Letterboxd: @a_mac1992